Protests against National Register of Citizens (NRC) and Citizenship Amendment Act (CAA) have now spread to more than 100 cities across India. Muslims have found a new willingness to assert their identity and belonging inside the large continent size nation state. And in Javed Jaffrey they have found a new voice when he recites: Kisi Kay Bap Ka Hindustan Nahin Hay! 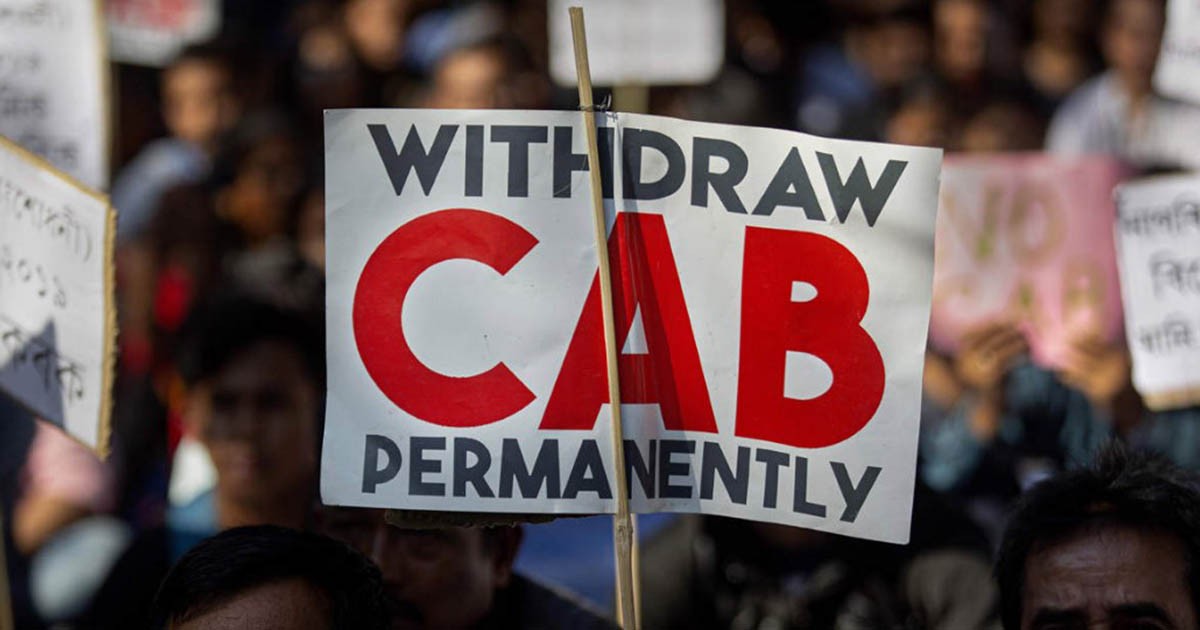 While, Indians had pinned lofty hopes with the three superstar Khans of the Bollywood to call out BJP’s discriminatory Citizenship Amendment Act against the Indian Muslims- the world’s largest religious minority, it was Bollywood’s comedian and actor Javed Jaffrey who whacked the Hindu-ring wing government with ferocious criticism.

Jaffrey’s video of addressing a large gathering of charged up demonstrators in the Muslim-majority state of Hyderabad, India, is making waves on social media. While widespread condemnation flowed in from Hindu Bollywood celebrities, Javed Jaffrey is among a handful of Muslim Bollywood celebrities including Farhan Akhtar and Shabana Azmi to decry the CAA.

Jaffrey slammed the BJP government for detracting the country from the course of development. He reprimanded the BJP government for stoking communal disputes in India. He reminded the protest that the second largest community of Muslims can neither be sidelined nor marginalized. Jaffrey argued that the Muslim community of India has a similar amount of input in its creation and development as much as the Hindu population.

He added that BJP’s divisive policies have caused the country a lot, the progress in education and the economic sector have reversed significantly in recent years. He rebuffed claims of the BJP government who are repudiating the criticism on CAA and touting it as non-discriminatory against Muslims and beneficiary for the security of the state.

The defiant protestors cheered Jaffrey’s sturdy speech, while he earned equal praise on social media globally. Jaffrey has aggressively attempted to jostle the BJP government to the potential ravages of CAA to India.

More Bollywood celebrities have joined in the protest against Citizen Amendment Bill and the brutal use of force by India’s law enforcement agencies to quell protests against CAB.

Contrary to the deafening silence by Bollywood’s three superstars Salman Khan, Shah Rukh Khan and Aamir Khan on the issue, India’s notable actor and director Farhan Akhtar has not only condemned the bill but is even spearheading anti-CAB demonstrations.

Farhan’s mother, veteran actress Shabana Azmi, also joined the protest and released a short video on her Twitter account. She read out a few verses penned down by her husband, Javed Akhar and India’s prolific lyricist to express dissent against the Citizenship Amendment Act.

Bollywood actress, Parineeti Chopra condemned the use of brutal force by Delhi Police on the student protestors of the Jamia Milia University.

After the abhorrent use of force to silence the protestors, a bill must be passed to strip off India’s identity of a democratic state, wrote sore Parineeti Chopra in her tweet. She called ‘barbaric’ to beat the innocent protestors and even slammed the discriminatory Citizen Amendment bill.

Parineeti Chopra is among the score of Bollywood celebrities who censured the assault on student protestors in New Delhi and Uttar Pradesh.

There has been a growing uneasiness regarding the brazenly spurious silence of the three superstars Khans of Bollywood against the segregationist CAB and National Register of Citizen that attempts to overrun the Muslim population in India.

Columnist Sanjay Jha, spokesperson for National Congress Party, in his article explained that it is not easy to carry a Khan surname in India, where religion extremist is hounding the minorities and razing its secular setup.

He, however, asserts that the collective voice of three Khans of Bollywood will fall short to challenge the rising religious bigotry and divisional politics ruling India these days where India’s billionaire clubs have also become cheerleaders of the Modi’s disastrous policies.

What is the CAB?

The Citizen Amendment Bill pitched by Indian Home Minister earlier this month has caused hue and cry across India. It amends the Citizenship Act of 1995. The BJP government attempts to maneuver the definition of illegal immigrants in CAB.

The new amendment allows illegal immigrants from these religious minorities to stay in India even without legal documents. Earlier, the Citizenship Bill 1995, denied Indian citizenship to any migrant without valid documents irrespective of the religion.

The bill also proposed to relax the 11-year requirement of living in India to at least 6 years for the above-mentioned migrants under the citizenship naturalization clause.

The bill has largely affected the Muslim population of Assam, Tripura and adjoining states in Northeastern India.

“The only solution is dialogue”: FM Qureshi on Indo-Pak ties