No protocol for anyone: PIA follows Govt. austerity drive 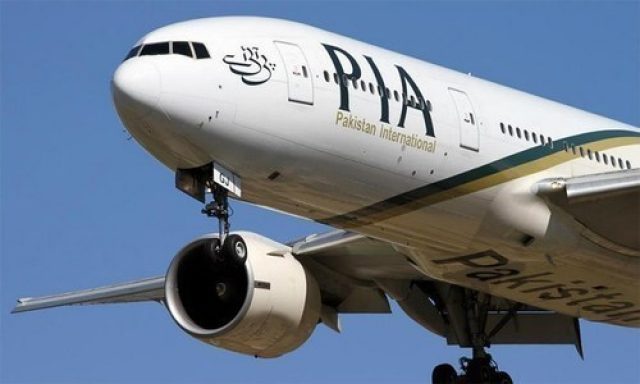 Pakistan International Airlines (PIA), putting an end to VIP culture has abolished all protocols and extraordinary arrangements for government and non-government officials across the country. As per the directives of PIA’s president Air Marshal Arshad Malik, the airline will now follow regular procedure for all and sundry–including president himself and chief executive officer (CEO) PIA– at all levels.

Launching the austerity campaign like the government, PIA has withdrawn the staff reserved to facilitate the cabin crew member and reassigned them their normal duties across Pakistan. Scrapping the special treatment being provided to pilots and cabin crew, PIA management has asked crew members to handle their baggage on their own. Not only that the cabin crew rooms have also been abolished.

Asad Umar, Finance Minister who does not believe in privatization of national assets like PIA has repeatedly said he wants to improve the national airline.

The cabin crew and pilots were provided loaders for carrying their luggage at the time of boarding and landing. The management had to provide loaders separate rooms with a telephone at each airport; three to four loaders would stay on alert to carry the luggage of pilots, stewards, and air hostesses. For these special duties, extra allowance was being given to the loaders.

The PIA has now put an end to this special treatment that had continued for at least 30 years. The same loaders are redeployed to facilitate the passengers, especially those with special needs, using wheelchairs during arrival and departure. The airlines claim that the move is part of ongoing reforms and austerity steps and to improve service delivery.

The cabin crew and pilots were provided loaders for carrying their luggage at the time of boarding and landing.

The losses as per report were primarily because of higher expenditures than the income of the airline.  The report also claimed that the recruitments in PIA during the previous two governments were also made on the political basis. A seven-member investigation team of Federal Investigation Agency has already started probing the corruption in the airline after the Supreme Court’s orders; SC was informed that seven unions of PIA employees were having an affiliation with different political parties.

Air Marshal Arshad Malik took the charge as president and chief executive officer (CEO) of the PIA on October 27, 2018. Malik had served in the Pakistan Air Force for forty years, during which he rose to the rank of Air Marshal. Prior to joining PIA, he was serving as the vice chief of air staff. He is a recipient of the Hilal-e-Imtiaz (M), Sitara-e-Imtiaz (M), and Tamgha-e-Imtiaz (M).

Read more: President irked with protocol, refuses to get out of airport

Asad Umar, Finance Minister who does not believe in privatization of national assets like PIA has repeatedly said he wants to improve the national airline. On November 12, Finance Ministry released a financial support package worth Rs 17.022 billion for national flag carrier PIA.

Having a CEO of remarkable expertise, the release of support package by Finance Ministry, and now the launch of the austerity drive, it is expected that revival of the national airline will soon be witnessed. The PTI-led government’s austerity drive has set a precedent for others to follow as well that will not only rule out the socio-economic-class (SEC) divide in the society but also help boost the economy.