The CSS aspirants for 2020 can take a sigh of relief after the federal government rescinded its decision to introduce screening tests before domain-specific written examinations. After objections of undermining the inclusivity of the CSS examination process from the cabinet, the implementation of the proposal for the year was postponed. 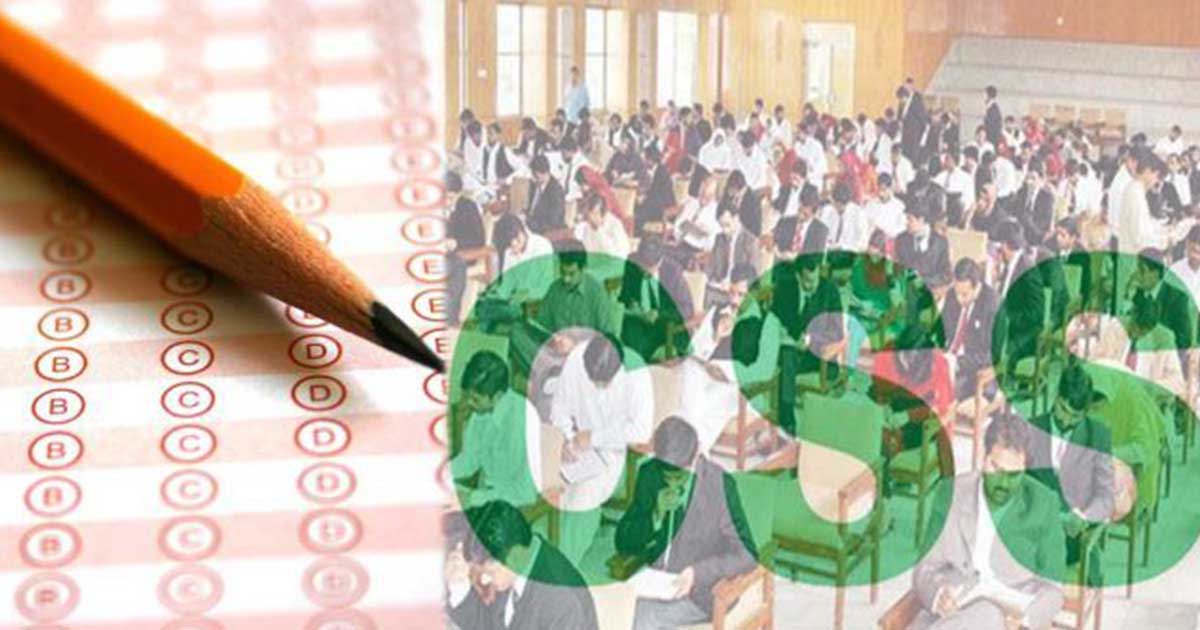 The Federal government has turned down the proposal of introducing a screening test ahead of CSS written examination arguing that it would be unfair for the candidates from the underdeveloped areas.

Earlier, Establishment Division had put forth the recommendation to introduce a screening test for the 2020 CSS examination in the recent cabinet meeting chaired by Prime Minister Imran Khan. The rationale behind the suggestion was to ameliorate the selection process for the civil bureaucracy.

The proposal noted that the existing system does not examine the domain-specific knowledge of the candidates hence the screening test will assess the problem-solving skills and analytic abilities of the aspirants.

Suggestions were also given to include a psychometric evaluation test to determine the aptitude and determination of the candidates for the civil services and domain-specific written examinations.

However, the cabinet expressed reservations on the proposal and urged to review the recommendations presented in the proposal.

Since the addition of screening tests amounted to changes in the CSS competitive examination rule 2019, the Establishment division was required to seek the approval of the cabinet for the proposal and draft amendment.

A list of amendments was proposed to revamp the civil bureaucracy of Pakistan, a vision of PM Imran Khan to rope in skilled and proficient civil servants in bureaucracy

The cabinet members expressed concerns on the GRE/SAT-style screening tests citing that such examining procedures will mar the inclusiveness of the CSS competitive examination since the students from underdeveloped areas will struggle to compete with tough competition.

They also argued that the introduction of screening tests at this stage, when students have already applied for the examination, will stymie their performance. Hence, upon the assertions of the cabinet, the proposal and draft amendment were not approved for 2020. But suggestions were made to introduce these amendments next year.

Other changes in CSS examinations

Earlier, in October federal government had decided that CSS aspirants will have to undergo screening tests before appearing for competitive examinations, informed Arbab Shehzad, Adviser to Prime Minister on Establishment Division. The policy change was part of the plan of Prime Minister Imran Khan’s vision to revamp and restructure the civil services of Pakistan.

Adviser asserted PM Khan’s vision of a transparent, integral and efficiency-based government as he believed in team-building and teamwork. He informed that PM Khan regularly held cabinet meetings and had constituted different committees and task forces for policy formation through stakeholder engagements.

Earlier in December, the federal government had decided to reduce the age limit for CSS from 30 to 28 years. The government also decided to introduce a percentile score system to provide equal opportunities to students while removing quotas for students from less developed areas.

A list of amendments was proposed to revamp the civil bureaucracy of Pakistan, a vision of PM Imran Khan to rope in skilled and proficient civil servants in bureaucracy.

Out of all the amendments, people have urged the government to rescind the reduction of age limit for 30 to 28 years for CSS.