Nobody uses Pakistani soil to attack anyone: Pak Army warns US

Pakistan refutes Indian media’s reports, reiterates to stand by its principled position; Pakistan for peace. Pakistan Army sends a strong message to the international community that Pakistani soil shall not be used in any way again to attack any other country. What implication will this have for Pak-US relations? 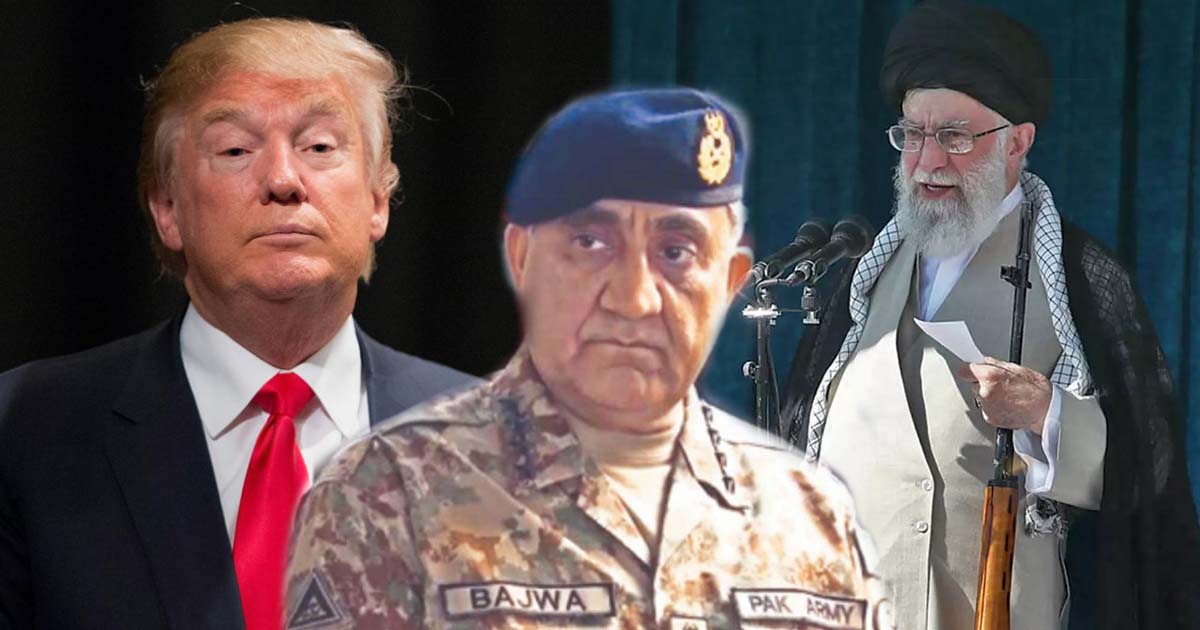 Pakistan has given a loud and clear message that it shall not let anybody use its soil against any other country. Pakistan Army’s media wing, Inter-Services Public Relations’ (ISPR) Director-General, Major General Asif Ghafoor clarified that the chief of army staff along with the prime minister have jointly conveyed that Pakistan shall not be a party to any misadventure in the region or beyond.

Analysts believe that the statement was meant to counter the Indian media. As a matter of fact, President Donald Trump authorized the resumption of Pakistan’s participation in a US military training and educational program in order to strengthen military-to-military cooperation on shared priorities and “advance US national security”, Indian media started claiming it to be an alliance against Iran. “The overall security assistance suspension for Pakistan remains in effect,” said a tweet by Wells, the in-charge of South Asia affairs at the US State Department.

India Today reported that “Pakistan has extended tacit support to the United States over its action against Iran earlier this week in exchange for the resumption of military cooperation with Washington, in a move that led to the latter authorizing the reinstatement of a military training and educational program which had remained suspended for two years”.

To a question regarding the same, the DG ISPR deemed it “Indian propaganda” and “fake news”. “Islamabad and Washington were in talks for the last four or five months over the issue and linking it as Pakistan aligning with the US is Indian propaganda,” he said.

Moreover, he also said that the Pakistan Army is a responsible and professional force and has exercised restraint despite provocative statements from Indian leadership.

The army spokesperson also talked about the conversation between COAS Qamar Javed Bajwa and US Secretary of State Mike Pompeo that took place after the US drone strike.

He said the army chief had told Pompeo that “the region is making progress towards peace from a very bad situation and the Baghdad incident is detrimental to the peace efforts in the region.” “General Bajwa has an important role with regards to regional security and Afghan peace process and Pakistan don’t want to see another conflict in this region,” said the DG ISPR.

Furthermore, he also clarified that “Pakistan would oppose anything that is affecting the Afghan reconciliation process as it needs focus from all the parties. We are of the view that dialogue is the way forward to achieve lasting peace.”

“Pay attention to authentic sources only”

To avoid Indian traps, the DP ISPR advised the public to rely on authentic sources to get information about the ongoing domestic as well as regional situation. “My request to the people and media would be to only pay attention to statements from an authentic source,” he said, adding that they should not pay attention to “propaganda” and “rumors of enemies of the country”.

“India is playing the lead role in spreading these rumors,” he said, adding that he had read an Indian news article that Pakistan had ditched Iran and the resumption of Pakistan’s participation in a US military training and educational program. “In our bilateral relations with America, training cooperation was suspended. For the past four to five months, America has been talking about restoring this because training engagement in the military to military cooperation goes on. Linking something that has been going on for quite a few months to this incident is part of that propaganda campaign.”

The army’s spokesman said that peace had been achieved in Pakistan after a lot of sacrifices, adding that the nation will play its role for peace in the region. “We will not be part of any effort to ruin this peace,” he said.

Against the given regional backdrop, Gen Ghafoor said that “Pakistan will only play the role of a peacemaker and not take sides in the ongoing conflict between the United States and neighboring Iran”.

The tension between Iran and the United States of America escalated after the later killed the top Iranian commander Qassim Soleimani was on Friday in a US strike on Baghdad’s international airport.

Iran has threatened the USA of dire consequences after the killing. “All enemies should know that the jihad of resistance will continue with doubled motivation and a definite victory awaits the fighters in the holy war,” Iranian Supreme Leader Ayatollah Ali Khamenei said in a statement carried by the TV. “Iran often refers to regional countries and forces opposed to Israel and the United States as a ‘resistance’ front,” he added.

Read more: Pro-Iran protesters dig in outside US embassy in Baghdad

American President Donald Trump warned the Iranian leadership not to take any step against the Americans or American interest in the regional. “America shall respond very hard,” he threatened.

This is yet to be seen whether the tensions between the USA and Iran will be lessened in the coming days or not.

Four Pakistan High Commission Officials May Have To Leave India