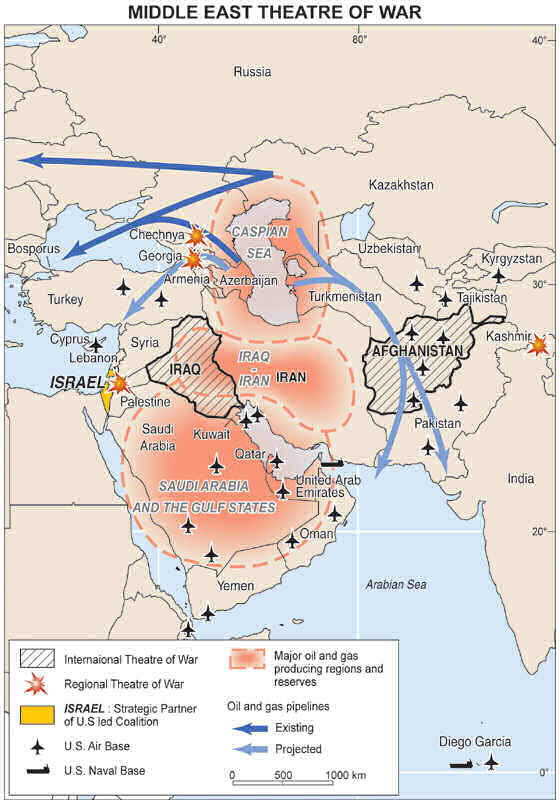 The term “Great Game” has been used in different contexts to describe geostrategic struggles between various powers at different times. It was originally coined to refer to the rivalry between the British and Russian Empires for domination over Central Asia, Tibet, and Persia in the 19th and early 20th century. The phrase was revived after the Soviet invasion of Afghanistan in 1979, resisted by the United States through its proxies.

Pakistan can either (a) adopt a pro-US focus, (b) shift into the Chinese camp, (c) follow a neutral and non-aligned stance, or (d) maintain balanced relations with the two major powers.

Decades later, the same Great Game is being replayed by multiple powers in subsidiary roles. Instead of territorial hegemony and military action, this time the focus is more on economic control, diplomacy, and deal-making. In contrast to the classic Great Game between the British and Russian empires, there are multiple protagonists in the present Game – Russia, China, USA, India, Turkey, Iran, Pakistan, and the Central Asian States. Each of these has its own objectives and strategies, leading to a complex, ever-changing and high-stakes situation.

With Russia trying to regain its control in Central Asia and China attempting to expand its sphere of influence, USA is trying to contain both. “The New Silk Road”, “One-Belt-One-Road”, “String of Pearls”, and CPEC are some of the strategies being implemented. The smaller powers are also maneuvering to leverage their geostrategic situation and relations to further their interests.

Connectivity and its Importance in Present World

Studies have shown that 1% increase in infrastructure stock lifts GDP by 0.08%.

Connectivity is an essential contributor towards current trend of globalization, prosperity, and well-being of people. It enables trade, the exchange of goods and services between people, which is a must for development. A stable connection between Europe and Asia, the two most energy-consuming markets, not only offers enormous hydrocarbon assets but also serves as a bridge connecting their economies. Connectivity to global markets enables the region to export its resources, as well as become a transit channel for goods. The development of infrastructure is, therefore, a key to economic prosperity.

Studies have confirmed that infrastructure development, particularly for transport, energy, and telecommunications is one of the most important contributors to economic growth. 1% increase in infrastructure stock lifts the GDP by 0.08%. Most countries in continental Asia are connected through the Asian Highway and Trans-Asian Railway networks, while maritime services link coastal regions and island states.

Such linkages drive economic progress by facilitating international trade, foreign direct investment flows, and the establishment of global and regional production networks and global value chains. New systems for manufacturing, distribution and consumption have helped many countries in the region to diversify their economies, reducing dependence on traditional sectors and creating new jobs. Emerging economies, in particular, have benefited from regional and global value chains.

Politics of the Pipelines

By focusing on the Central Asian region, it emerges that the combined population of Central Asian States (CAS) is about 60 million and the area is 4 million square km. These land-locked countries are dependent on neighbors for transit of their imports and exports. Their huge resources and potential market represent an attractive opportunity for trade. For China, they present a potential overland route for transit of goods to European markets. The problem with Caspian oil and gas is that because the region is landlocked, vast pipelines must be built to get it out.

China has become one of the major drivers of the region’s energy integration and interdependence.

Possible pipelines routes are (a) North through Russia, (b) South through Iran to the Persian Gulf, (c) West through Azerbaijan, Georgia, and Turkey to the Mediterranean and Europe, and (d) East through some combination of the “-stans”, either to China’s Xinjiang province or across Afghanistan to Pakistani ports.

Central Asia is also the geostrategic fulcrum of Eurasia. It shares borders with powers like Russia and China and countries like Afghanistan, Pakistan, and Iran which face instability or are theaters of war. This enhances the geostrategic importance of the region, which can either be used to create a wedge between Eurasian powers or set up a launching platform for military operations. Thus, control by any power over the Central Asian region will have serious security implications for others.

The New Great Game emerged from Russian efforts to retain control over the CAS and their resources flowing through Russian controlled pipelines vis-à-vis US efforts to create alternate routes.

The importance of the region also arises from the fact that it has huge reserves of oil, natural gas, and minerals, comparable to those of the Middle East. It is estimated that around 110 billion barrels of oil lie beneath the Caspian Sea, while British Petroleum places proven oil reserves at 5 billion tons (2.25% of the world’s total) and gas deposits at 20 trillion cubic meters (10.7% of the world’s total).

It is worth mentioning that during the Soviet era, all road and rail arteries, as well as oil and gas pipelines from Central Asia, were built northward. After the USSR broke up, the newly established CAS initiated efforts to unlock the regional transport arteries. The New Great Game emerged from Russian efforts to retain control over the CAS and their resources flowing through Russian controlled pipelines vis-à-vis US efforts to create alternate routes.

Likewise, China, the second largest economy and consumer of energy also wants to acquire energy for its rapid economic growth and to expand its political influence. China’s rapid economic growth is reflected in a huge expansion of energy production and consumption. It depends on imports for almost 50% of its liquid fuel and 10% of its gaseous fuel. China, therefore, follows a variety of strategies to improve energy connectivity, expanding its energy trade with Russia, South Korea, Laos, Myanmar, Thailand, and Vietnam. In short, China has become one of the major drivers of the region’s energy integration and interdependence.

Likewise, Iran, Turkey, and Pakistan are trying to build their own connections so that they become the preferred route of choice for pipelines. The ground reality in this complex interplay of political interests, strategies, and countermeasures keep changing.

Despite the prevailing Pakistani belief in a strong, everlasting friendship, the Chinese realistically view Pakistan only as a potential route to the Arabian Sea, a thorn in the side of India, and a market for Chinese goods.

Pakistan can either (a) adopt a pro-US focus, (b) shift into the Chinese camp, (c) follow a neutral and non-aligned stance, or (d) maintain balanced relations with the two major powers. Each of these options has its own merits and risks. For example, several bitter experiences have shown that Pakistan cannot rely completely on the US to look after its strategic interests. The US has a record of losing interest in Pakistan whenever its objectives are completed, withdrawing support in times of dire need. Besides, it presently seems more interested in cultivating relations with India to counterbalance Chinese influence in the region. In place of its Indo-Pak/South-Asia policy, the US has relegated Pakistan to “Af-Pak”, i.e. lumped with Afghanistan, showing the lower priority given to Pakistan after the US forces drawdown in Afghanistan.

Read more: Dynamics of the Future Great Game in the Indian Ocean

On the other hand, Pakistan cannot fall completely into the Chinese camp. China itself is still a growing power, cautiously enhancing its regional influence. At this stage, it neither wants an open confrontation with the US nor can fulfill all of Pakistan’s needs in terms of trade and aid. It has grand designs throughout the continent and is not just focused on Pakistan. Despite the prevailing Pakistani belief in a strong, everlasting friendship, the Chinese realistically view Pakistan only as a potential route to the Arabian Sea, a thorn in the side of India, and a market for Chinese goods. Pakistan also cannot risk antagonizing the US by completely severing ties and shifting to the Chinese camp.

Remaining neutral or non-aligned is not a viable option as Pakistan needs finances and resources for its survival and development. This leaves the last policy of balancing relations between the two major powers, gaining advantages from each.

Primarily, Pakistan needs to put its own house in order, by addressing the instability in Balochistan, growing religious extremism throughout the country, and shambling internal infrastructure. It must fortify its internal solidarity and security, vital to gain benefits from external relations. Balochistan is highly strategic; gas pipelines, as well as CPEC, pass through it. For this reason, the government needs to get Baloch leaders on board. Pakistan must also build necessary physical infrastructure (roads, rail, pipelines, grids, etc.) if it wants to become a transit corridor. Besides above, following actions need to be taken to reap the real fruits of CPEC:

Pakistan should focus on the timely implementation of CPEC. Implementation of CPEC, in any case, should not be hindered by internal factors, like local politics or corruption or inefficiency, nor by external factors. There is a need for creation of an all powered autonomous authority which can ensure effective and timely implementation of this project so that huge developmental potential of the project for Pakistan can be realized. It must be understood that if it is taken as an infrastructural development project only, we will be gaining a very small advantage.

Pakistan needs to make all decisions based on economic considerations like China has done with its archrival the USA. Thus, the cooperation between Pakistani and Chinese entities, both in public as well as the private sector, is required to be enlarged.

Saud Bin Ahsen is Post-Grad student of Public Administration at Institute of Administrative Sciences (IAS), University of the Punjab, Lahore. The views expressed in this article are the author’s own and do not necessarily reflect Global Village Space’s editorial policy.

Data leak scandal: Facebook was sailing too close to the wind