DPRK's Supremo, Kim Jong-un, said that North Korea was liberated from its self-imposed interruption on testing atomic weapons and long-range missiles, which President Trump had referred to as a diplomatic triumph. North Korea to "actively push forward the project for developing strategic weapons." 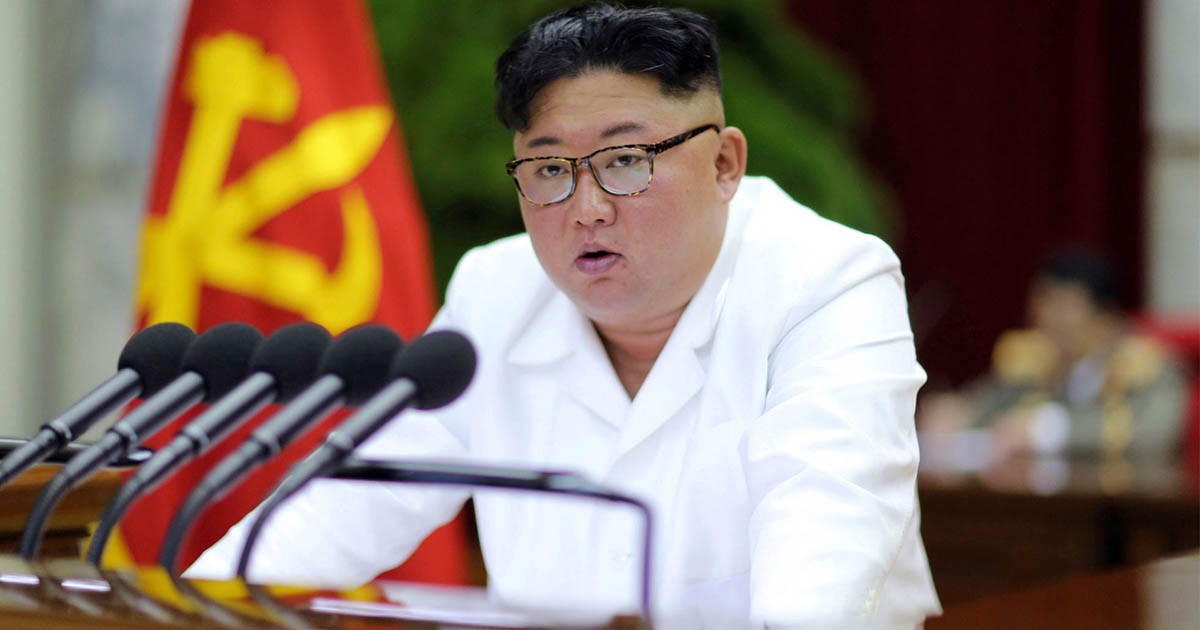 North Korea’s Supreme Leader, Kim Jong-un, ​said his nation no longer felt any obligation to its self-imposed ban on testing atomic weapons and long-range ballistic missiles, the official KCNA news agency cited Kim as saying, the most grounded sign yet that the nation could before long resume such tests.

Analysts said the announcement, reported by state media on Wednesday, amounted to Kim putting a missile “to Donald Trump’s head” — but warned that escalation by Pyongyang would probably backfire.

The U.S. Department of State (foreign affairs) responded in haste, with Secretary of State Mike Pompeo saying that, “We’re hopeful that Chairman Kim will make the right decision, and he’ll choose peace and prosperity over conflict and war.”

Sec #Pompeo tells it would be "deeply disappointing" if #NorthKorea's #KimJongUn reneged commitments made to Pres. #Trump by ending the North's moratorium on nuclear and ballistic #missile testing pic.twitter.com/PZPDuAhBPX

Trump himself was emollient, saying that he thought Kim was “a man of his word” and that at their Singapore summit “We did sign a contract, talking about denuclearisation”

Pyongyang has previously fired missiles capable of reaching the entire US mainland, and has carried out six nuclear tests, the last of them 16 times more powerful than the Hiroshima blast, according to the highest estimates.

A self-imposed ban on such tests — Kim declared they were no longer needed — has been a centrepiece of the nuclear diplomacy between Pyongyang and Washington over the past two years, which has seen three meetings between Kim and US President Donald Trump, but little tangible progress.

Kim Jong Un emphasized during his address to the Workers’ Party Central Committee that North Korea “should more actively push forward the project for developing strategic weapons​” given that America’s “gangster-like acts” have hindered and impeded DPRK’s economic growth.

Any actual test is likely to infuriate Trump, who has repeatedly referred to Kim’s “promise” to him not to carry them out, and has downplayed launches of shorter-range weapons.

Negotiations between the two sides have been largely deadlocked since the breakup of their Hanoi summit in February, and the North set the US an end-of-year deadline for it to offer fresh concessions on sanctions relief, or it would adopt a “new way”.

“There is no ground for us to get unilaterally bound to the commitment any longer,” the official KCNA news agency cited Kim as telling top ruling party officials. “The world will witness a new strategic weapon to be possessed by the DPRK in the near future,” he added, referring to the North by its official name.

The full meeting of the central committee of the ruling Workers’ Party was an indication of a major policy shift. State television showed veteran newsreader Ri Chun Hee reading out the KCNA dispatch over footage of Kim addressing the officials and general imagery of the country.

The broadcast appeared to stand in place of Kim’s usual New Year speech — normally a key moment in the North Korean political calendar. Kim acknowledged the impact of international sanctions imposed on Pyongyang over its weapons programmes, but made clear that the North was willing to pay the price to preserve its nuclear capability.

“The US is raising demands contrary to the fundamental interests of our state and is adopting brigandish attitude,” KCNA cited him as saying. Washington had “conducted tens of big and small joint military drills which its president personally promised to stop” and sent high-tech military equipment to the South, he said.

For months, Pyongyang has been demanding the easing of international sanctions imposed over its nuclear and ballistic missile programmes, while Washington has insisted it takes more tangible steps towards giving them up.

“North Korea has, in effect, put an ICBM to Donald Trump’s head in order to gain the two concessions it wants most: sanctions relief and some sort of security guarantee,” said Harry Kazianis of the Center for the National Interest in Washington.

“Kim Jong-un is playing a dangerous game of geopolitical chicken,” he added.

The strategy was risky, he said, as Washington was likely to respond with “more sanctions, an increased military presence in East Asia and more fire and fury style threats coming from Donald Trump’s Twitter account”.

Kim’s moratorium comments were “ominous”, said Leif-Eric Easley of Ewha University in Seoul, but added that he could be looking to “elicit concessions by approaching Trump’s red line without crossing it”.

The US has already indicated that it will react if the North carries out a long-range missile test. Speaking to Fox News and CBS after Kim’s announcement, Pompeo said a resumption of nuclear and missile tests would be “deeply disappointing”.

“We hope that Chairman Kim will take a different course… that he’ll choose peace and prosperity over conflict and war,” Pompeo said.

“We want peace, not confrontation,” he added, with Seoul’s unification ministry adding that a strategic weapon test “would not help denuclearisation negotiations”.

Trump himself was emollient, saying that he thought Kim was “a man of his word” and that at their Singapore summit “We did sign a contract, talking about denuclearisation”.

An ICBM launch would be likely to frustrate China, the North’s key diplomatic backer and provider of trade and aid, which always stresses stability in a region it regards as its own back yard.

Israel awaits ‘pragmatic’ Abbas heir, but may be disappointed

Is ultraviolet radiation the missing link in COVID cure?