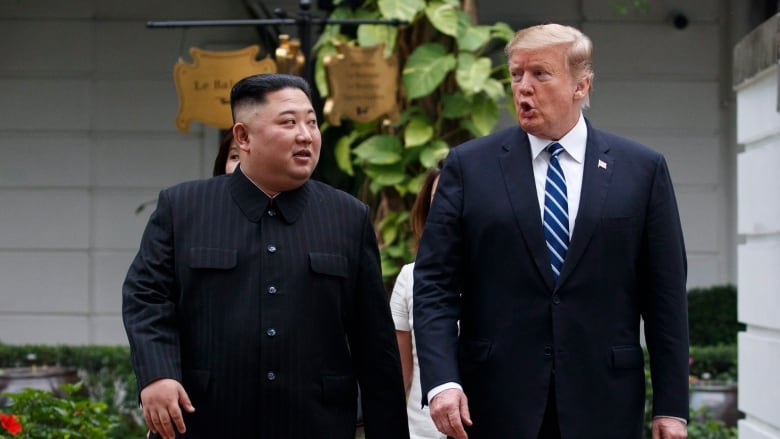 Given that North Korea can already produce a nuclear weapon, it is vital to keep it from developing an intercontinental ballistic missile. On this measure, the rest of the world has so far failed – and that was made clearer than ever on July 4, 2017, when Pyongyang claimed to have successfully tested an intercontinental ballistic missile for the first time.

If reports of the missile’s performance are accurate, Kim Jong-un may soon have the ability to hit US territory for the first time. Donald Trump previously said this will never be allowed – and, sure enough, the US and South Korea responded to the test with a missile drill of their own in the Sea of Japan.

“The United States strongly condemns North Korea’s launch of an intercontinental ballistic missile. Testing an ICBM represents a new escalation of the threat to the United States, our allies and partners, the region, and the world,”  Rex Tillerson

Trump has been banging this drum on and off since his presidency began – albeit very inconsistently. Heralding the end of Barack Obama’s policy of “strategic patience”, he has ostensibly hardened the US’s stance on North Korea, saying that there is a chance of a “major, major conflict” if the country does not curb its nuclear ambitions.

The era of strategic patience with the North Korea regime has failed. That patience is over. We are working closely with…. pic.twitter.com/nCZ51HnIdx

In April 2017, pressed to say whether another nuclear test would trigger military action from the US, Trump said: “We’ll see”. But in the same interview, Trump has gone on the record saying he would be “honored” to meet the North Korean president, Kim Jong-un, praising his counterpart as a “pretty smart cookie” and apparently empathising with him, noting that it must have been “hard” for Kim to take the reins at such a young age.

Observers saw this as yet another sign of Trump’s ineptitude and incoherence. But looked at another way, his apparently garbled messages could have value as a sort of extreme carrot-and-stick methodology, simultaneously threatening devastating military action and offering the ultimate diplomatic prize of a meeting with the US president himself. This approach has so far yielded mixed results.

On the plus side, the US’s behavior of late may, in fact, be helping pressure China to properly reconsider its policy towards the north. As it said in a statement jointly issued with Russia after the latest test, Beijing considers Pyongyang’s weapons development “unacceptable” and would like to see the two Koreas negotiate in the interests of peace and stability.

“China has made relentless efforts for the settlement of the Korean peninsula nuclear issue. China’s contribution in this regard is well recognised, and its role is indispensable,” foreign ministry spokesman Geng Shuang

The importance of China’s role should not be underestimated. Despite its protestations to the contrary, it is the only country with any significant leverage over Pyongyang: if it stops selling North Korea oil and buying its coal, the North Korean economy would collapse.

This was previously thought of as a line China would never cross but things could be changing. China has signaled that it is willing to consider playing this sacred cow. In April 2017, in a Global Times editorial, China issued an unprecedented public threat:

If the North makes another provocative move this month, the Chinese society will be willing to see the UNSC adopt severe restrictive measures that have never been seen before, such as restricting oil imports to the North.

North Korea’s state media responded by chiding China, telling Beijing not to “test the limits of [North Korea’s] patience”, further adding that China had “better ponder over the grave consequences to be entailed by its reckless act of chopping down the pillar of [North Korean-Chinese] relations”. A Chinese riposte, again via the Global Times, condemned North Korea’s statement as “hyper-aggressive” and “filled with nationalistic passion”. Pyongyang, it said, is “grappling with some form of irrational logic over its nuclear program”.

Read more: China wants the US and North Korea to ‘stop irritating each other’

The irony is surely not lost on China-watchers. As Beijing’s patience gets stretched to the limit, it may be forced to finally bring put some real pressure on its naughty neighbor.

“It is very important to push forward our joint initiative on settling the Korean problem with a view of immediately freezing the ballistic missile strikes and also dealing with the US deployment of weapons in South Korea,” President Vladimir Putin

Kim Jong-un and his progenitors have always relied on unpredictability as their main diplomatic and political tactic – but, with Trump in office, they no longer have a monopoly on quixotic behavior. Mysteries about the administration’s North Korea policy abound. Did the US’s Carl Vinson aircraft carrier sail to the Korean peninsula or not? Why was the entire Senate called to the White House in April for a North Korea briefing? Will Trump order surgical strikes on North Korea? And what do his latest tweets mean?

North Korea has just launched another missile. Does this guy have anything better to do with his life? Hard to believe that South Korea…..

….and Japan will put up with this much longer. Perhaps China will put a heavy move on North Korea and end this nonsense once and for all!

It is par for the course for Kim Jong-un to broadcast war rhetoric because he has normalized it to such an extent that the international community expects it, but it’s quite another matter for the president of the US to follow suit.

Trump’s behavior is ratcheting up the tension on a number of fronts. While the South Korea-Japan-US triangle is holding together, the early deployment of their joint Terminal High Altitude Area Defence (THAAD) missile system has provoked an outsize reaction from China. When the THAAD deployment began in earnest in early 2017, China responded by cracking down on Lotte Mart, a South Korean discount retailer that agreed to furnish land for the placement of THAAD; many of its Chinese outlets were suddenly shut on vague pretexts.

Nonetheless, South Korea remains close to the US and Japan – the newly elected president, Moon Jae-in, visited Trump in Washington days before the July 4 test, where he sounded assured that Trump would not scotch his plans for some kind of diplomatic dialogue.

Trump also seems to have overestimated the personal rapport he built with Xi during their meeting at Mar-a-Lago, Florida, insisting that this translates into direct results with regards to reining in North Korea. For all the talk of oil and coal restrictions, the results they were meant to generate have not come to fruition. Xi, correspondingly, may have underestimated how much pressure he needs to apply on the Kim regime to keep Trump happy.

With this latest missile breakthrough, Kim probably hoped to surprise the world yet again and continue bending it to his will. But he may have underestimated just how much Trump’s own penchant for the unexpected and contempt for losing has changed the calculus among the countries with a stake in stopping Pyongyang’s progress.

This article was first published in The Conversation and has been republished with permission.

From Bismarck to Merkel: Why a new rising Germany is good for the world?