A mosque shooter in Norway has been given the maximum sentence, which carries a minimum of 21 years, and can be extended indefinitely. His attack on his Chinese step sister and on the mosque were racially motivated, as he subscribes to neo-Nazi groups. 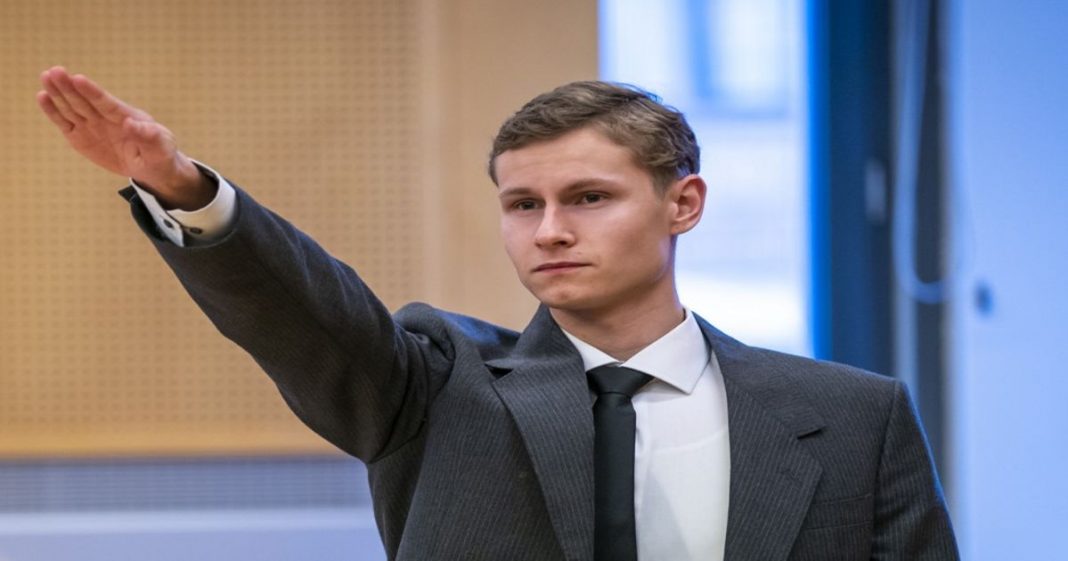 A Norwegian court on Thursday sentenced a right-wing extremist to a minimum of 21 years in prison for a 2019 mosque attack near Oslo and murdering his step-sister in a racially-motivated act.

He was found guilty of trying to “kill as many Muslims as possible”, though no one was seriously injured in the mosque attack.

“Philip Manshaus… is sentenced to 21 years of ‘forvaring’,” a court west of Oslo ruled, using the Norwegian term for a custodial sentence that can be extended indefinitely.

On Aug. 10 last year, Philip Manshaus, killed his 17-years-old stepsister at home and stormed the nearest mosque during the Muslim holiday of Eid al-Adha in Baerum, outside Oslo.

Manshaus opened fire on people in the mosque but was overpowered by one of the men in the mosque. One elderly man was injured.

He was charged with the murder of his stepsister and the terrorist attack at the Al-Noor Islamic Center and found quilty, according to the Norwegian daily Dagsavisen.

A self-proclaimed neo-Nazi, 22-year-old Manshaus was arrested on August 10, 2019 after opening fire in the Al-Noor mosque in the affluent Oslo suburb of Baerum while wearing a bullet-proof vest and a helmet with a camera strapped to it.

Just three worshippers were in the mosque at the time. One of them, a 65-year-old Pakistani former military officer, overpowered Manshaus.

Mohammad Rafiq said he threw the suspect to the ground after the gunman entered the al-Noor Islamic Center in Baerum near the Norwegian capital of Oslo on Saturday, before the two other men inside the mosque rushed to help him pin down the man.

Shooter killed his step-sister as well

“Manshaus has said that his plan was not only to kill as many Muslims as possible but that wanted to destabilise society and accelerate the race war,” the court said in its verdict.

The body of his 17-year-old step-sister, Johanne Zhangjia Ihle-Hansen, was later found in their home.

Adopted from China by his father’s girlfriend, Ihle-Hansen was killed by four bullets in what prosecutors termed a “racist act”.

Apparently, she had felt unsafe around him for a long time.

The messages that Johanne sent to her then boyfriend show that she was very concerned about the terrorist’s attitudes. The last message was sent the day before she was killed.

Four days before the terrorist attack, Johanne records that Manshaus has read and prepared Nazi propaganda, including articles on mass shootings.

Norway does not have a life sentence, but a custodial sentence can be extended without limit as long as the person is considered a threat to society. Manshaus can apply for an early release after 14 years.

The prosecution had called for the custodial sentence on the grounds that Manshaus would be “dangerous for a long time”.

His defence lawyer Unni Fries had raised doubts about his mental health and recommended psychiatric care, against Manshaus’ wishes.

Fries noted his “rather paranoid world view” and his belief that Europe was under threat from “Muslims, Jews, gender equality, homosexuals, the media and the authorities”.

During the trial, three experts declared him legally sane and criminally responsible.

Manshaus had admitted to the facts of the case but pleaded not guilty, claiming his actions came out of “necessity”, namely to ensure the “survival of the white race”.

Manshaus has said he was inspired by the attacks in Christchurch, New Zealand in March 2019, when self-avowed white supremacist Brenton Tarrant killed 51 people in shootings at two mosques.

Tarrant in turn has said he was inspired by Norwegian Anders Behring Breivik, who in July 2011 killed 77 people in a truck bomb blast near government offices in Oslo and a shooting spree at a Labour Party youth camp.

The Norway mosque shooter clearly has racially and religiously motivated hatred towards social groups that are not white.

Mosque shootings a common occurrence due to widespread Islamophobia

Attacks on two mosques in New Zealand which left at least 49 people dead in 2019 on Friday — the Muslim day of prayer — sparked horror, revulsion and dismay around the world.

Prime Minister Jacinda Ardern said the massacre in the city of Christchurch was clearly a “terrorist attack” and described it as “one of New Zealand’s darkest days.”

“It recalls painful memories of our own experience with July 22, the most difficult moment in the post-war period in Norway.”

“The murderous, Islamophobic, terrorist attack is yet another reminder that racism kills,” said UN rights chief Michelle Bachelet as the Human Rights Council observed a minute of silence during a session on combatting extremist ideologies.

EU and US talks against China: EU diplomatic chief

EU to consider sanctions on Iran for failed attack plots