NRO: What it was and what it became? 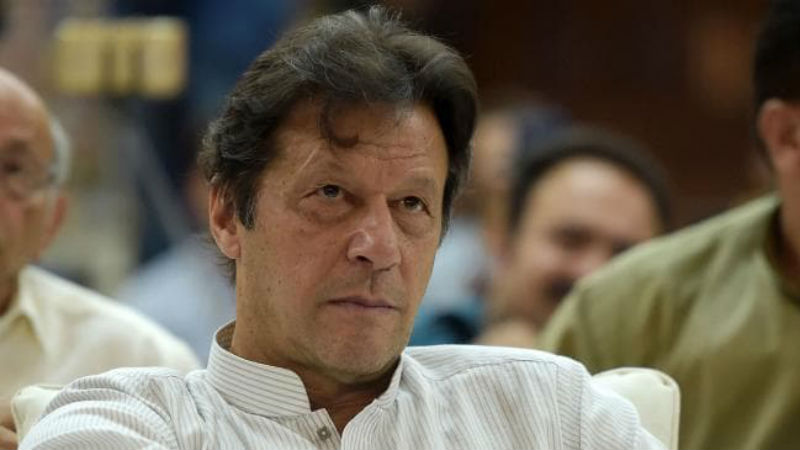 National Reconciliation Ordinance (NRO) stands prominently in the cliché ridden Pakistani society. Unmindful of the grammatical connotations, our political jargon has replaced the word “reconciliation” with NRO. The latest I heard about it was on 7th August when Shahbaz Sharif visited the GHQ.

According to the local grapevine, the junior Sharif was received in the GHQ by an equally junior staff officer. During the conversation, Shahbaz was politely rebuffed when he asked his counterpart if the Army could become a facilitator in bringing about an NRO (i.e. reconciliation) to pull the Sharifs’ chestnuts out of the fire.

Like the other hackneyed expressions that constitute our day to day conversation, NRO has corrupted the very concept of reconciliation and made it stand on its head. The people of Pakistan heard about NRO for the first time in 2006 when Benazir Bhutto and Nawaz Sharif, both exiled at the time, signed a “Charter of Democracy” in London.

Perpetrators of violence could also give testimony and request amnesty from both civil and criminal prosecution.

The charter promised that a “Truth and Reconciliation Commission be established to acknowledge the victims of torture, imprisonment, state-sponsored persecution, targeted legislation, and politically motivated accountability. The commission will also examine and report its findings on military coups and civil removals of governments from 1996”.

The Charter of Democracy had promised to establish an independent accountability commission, neutral bureaucracy, rule of law, enforcement of merit, containment of corruption, devolution of power through local government and measures for austerity/simplicity. As we look back, except for working together to scratch each other’s back, no other goal has been pursued.

Pakistan People’s Party (PPP) ruled for five years (2008 – 201) and completed its term to hand over power to Pakistan Muslim League (PML-N).Ironically, the much talked about commission never materialized during the tenures of these political parties. What we have in the form of national reconciliation is an ordinance fathered by none other than the redoubtable General Pervez Musharraf; the military dictator who gave showed the door to Nawaz Sharif in October 1999.

The ordinance, issued by Musharraf on 5th October 2007, ostensibly aimed at “promoting national reconciliation, fostering mutual trust and confidence amongst holders of public office and removing the vestiges of political vendetta and victimization, and to make the election process more transparent”. The NRO states:

“Notwithstanding anything to the contrary in subsection(1), the Federal Government or a Provincial Government may, before the judgment is pronounced by a trial court, withdraw from the prosecution of any person, including an absconding accused who is found to be falsely involved for political reasons or through political victimization in any case initiated between 1st day of January, 1986 to 12th day of October 1999 and upon such withdrawal clause (a) and clause (b) of sub-section (1) shall apply”.

In fact, Musharraf’s NRO  granted amnesty to politicians, political workers and bureaucrats who were accused of corruption, embezzlement, money laundering, murder, and terrorism between 1 January 1986, and 12 October 1999, the time between two states of martial law in Pakistan. It was declared unconstitutional by the Supreme Court of Pakistan on 16 December 2009, throwing the country into a political crisis.

Some analysts believe the US, UK, and Saudi Arabia underwrote a public amnesty which would enable politicians such as Benazir Bhutto to return to the country and counter the Taliban.

It is widely believed that the NRO was a measure to allow the former Prime Minister Benazir Bhutto to return to Pakistan without any legal consequences due to pending politically motivated corruption cases.

According to Transparency International, Pakistan is considered one of the most corrupt countries in the world. For the year 2009, it was ranked 42nd out of 180 and had a score of 2.4 on the Corruption Perceptions Index. Furthermore, some analysts believe the US, UK, and Saudi Arabia underwrote a public amnesty which would enable politicians such as Benazir Bhutto to return to the country and counter the Taliban.

From where did the two Pakistani politicians borrow the concept of national reconciliation? We should not expect it from Nawaz Sharif. So, Benazir Bhutto, it was who purloined it from Nelson Mandela’s Truth and Reconciliation Commission and made a parody of it by inserting it in the Charter of Democracy.

And what was Nelson Mandela’s Truth and Reconciliation Commission?Nelson Mandela, an anti-apartheid activist, lawyer, and former political prisoner was elected to the presidency of South Africa in 1994, following which he served one term in office (1994–99). Mandela was also the oldest head of state in South Africa’s history, taking office at the age of seventy-five.

What we have in the form of national reconciliation is an ordinance fathered by none other than the redoubtable General Pervez Musharraf; the military dictator who gave showed the door to Nawaz Sharif in October 1999.

The Truth and Reconciliation Commission (TRC) was a court-like restorative justice body assembled in South Africa after the abolition of apartheid in 1994. Witnesses who were identified as victims of gross human rights violations were invited to give statements about their experiences, and some were selected for public hearings. Perpetrators of violence could also give testimony and request amnesty from both civil and criminal prosecution.

The TRC, the first of 1003 held internationally to stage public hearings, was seen by many as a crucial component of the transition to full and free democracy in South Africa.

Naya Pakistan and South Punjab Province: What do Saraikis demand from PTI?