China, with the help of Russia, is on a fast track and will soon overtake US position as leader of the global Nuclear market. 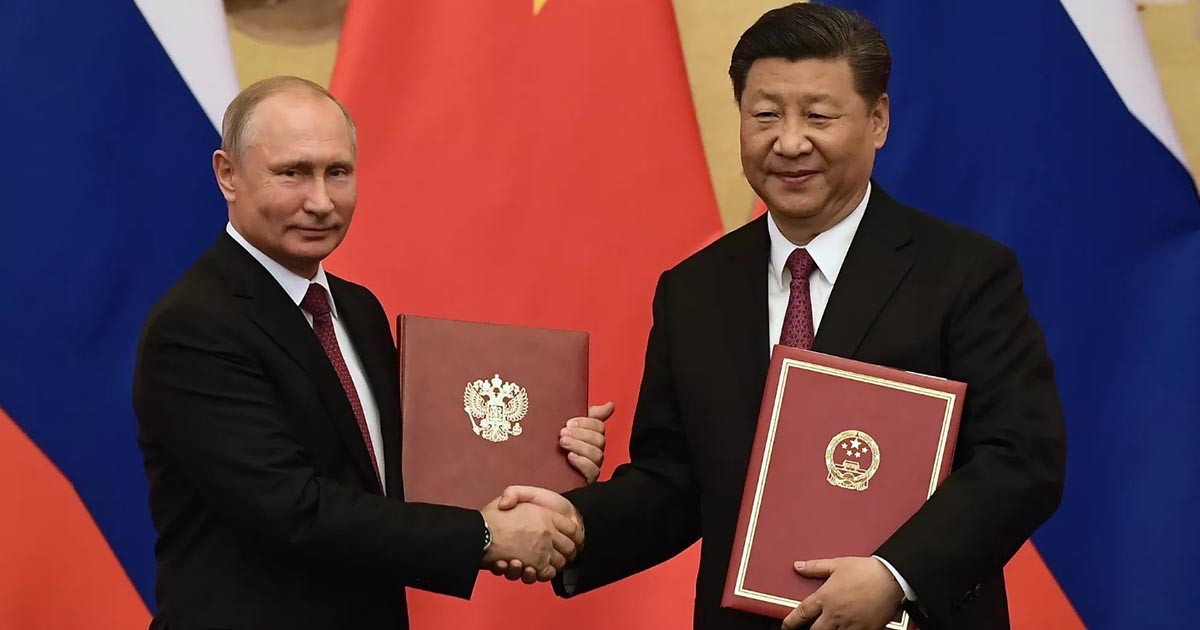 Given the mounting challenges of climate change and geopolitical and national security threats, we cannot afford to allow rival nations to define the nuclear energy landscape

Beijing needs to take full advantage of the opportunities provided by the Belt and Road Initiative (BRI) and give more financial and policy support to its nuclear sector, senior Chinese industry official Wang Shoujun said.

“Going with nuclear power has already become a state strategy, and nuclear exports will help optimize our export trade and free up domestic high-end manufacturing capacity,” he said at the China People’s Political Consultative Conference.

According to the official, China has to improve research and development, localize the production of key nuclear components, and grow both the domestic and foreign nuclear markets to make the most of the country’s “comprehensive advantages” in costs and technology.

The nuclear plants will help to meet China’s goal of reducing greenhouse gas emissions, they will provide air pollution-free energy at a lower cost to consumers

The former chairman of the state-owned China National Nuclear Corporation (CNNC), Wang said that the country could build as many as 30 overseas nuclear reactors over the next decade through its involvement in the BRI.

Forty-one Belt and Road nations already have nuclear power programs or are planning to develop them, according to Wang. China only needs to secure a 20-percent market share to create five million new jobs in the sector, he said.

China’s flagship BRI megaproject (dubbed ‘the new Silk Road’) was announced six years ago by President Xi Jinping. It covers 152 countries in Europe, Asia, the Middle East, Latin America, and Africa. The BRI is expected to significantly boost global trade, and cut trading costs by half for the countries involved.

Russia & China Partner up for Construction of two Nuclear Reactors

A contract for the development of two new units at China’s Xudabao nuclear power plant was signed by Moscow and Beijing. It is part of the biggest nuclear energy deal between the two countries in a decade.

Under the deal, two Russian VVER-1200 units worth a total of $1.7 billion will be built by China National Nuclear Corporation (CNNC) and Russia’s State Atomic Energy Corporation (Rosatom).

Construction of Unit 3 of the Xudabao nuclear power plant is expected to start in October 2021, according to CNNC. It will be followed by Unit 4 in August 2022. The single unit construction period lasts 69 months, and the construction interval between the two units is 10 months.

Russia and China have been strengthening ties in the nuclear energy sector lately. Apart from the Xudabao nuclear plant units, Rosatom is building nuclear units for the Tianwan nuclear power plant, which is one of the biggest joint projects of Russian-Chinese economic cooperation. The first two of its units, each with a capacity of 1,000MW, were launched in 2007. Unit 3 began operations in 2017, and the reactor at the latest, fourth unit was launched at minimum capacity in September last year after the fuel loading was finished ahead of schedule.

The nuclear plants will help to meet China’s goal of reducing greenhouse gas emissions, according to Joseph Jacobelli, an independent energy analyst and Asia-Pacific CEO of clean energy producer Joule Power. They will provide air pollution-free energy at a lower cost to consumers, he explained to China Daily.

The US is Losing the Nuclear Race to Russia and China

While nuclear power plants in the US are retiring as they face stiff cost competition from cheap and abundant natural gas, America has also been struggling to keep its leadership on the global nuclear power market.

The US lawmakers believe that reviving nuclear energy in the US and developing new and advanced reactors will raise the share of clean energy generation in America on the one hand, and reestablish US leadership on the global market, on the other.

“If the US does not reassert global leadership in this sector, others will. Russia and China today account for more than 60 percent of new nuclear plants under construction worldwide,” Senators Crapo and Whitehouse said.

“Given the mounting challenges of climate change and geopolitical and national security threats, we cannot afford to allow rival nations to define the nuclear energy landscape,” the Senators wrote.

Despite the fact that several nuclear power plants have closed since 2010, last year’s US nuclear electricity generation beat the previous record from 2010, as some plants commissioned uprates to boost generation capacity while facilities overall reduced the time for maintenance or refueling, the EIA said in March 2019.

However, the 2018 record in nuclear electricity generation is unlikely to be beaten in the coming decades, because only two reactors are expected to come online in the near future, Georgia’s Vogtle Units 3 and 4 in 2021 and 2022, respectively. The new capacity from those two reactors will not be able to offset the closings of 12 reactors by 2025 based on the currently announced retirements, the EIA said.

Read more: Why the United States should be concerned about China’s invincible hypersonic missile technology

“US leadership is under strain, challenged by the continuing and premature closure of US nuclear plants, the decline of our domestic nuclear fuel-cycle capabilities, and the ambitious domestic and international nuclear energy programs of Russia and China,” according to the report.

“State-owned and state-sponsored developers in rival nations – especially China and Russia – are developing next-generation nuclear technology. For the American nuclear industry to compete globally, we must have significant collaboration among the federal government, our national labs and private industry to accelerate innovation,” Korsnick said.

Economic future of Afghanistan: Linked with CPEC, Pakistan and the region

Pakistan: Hard choices ahead for a ‘Soft State’