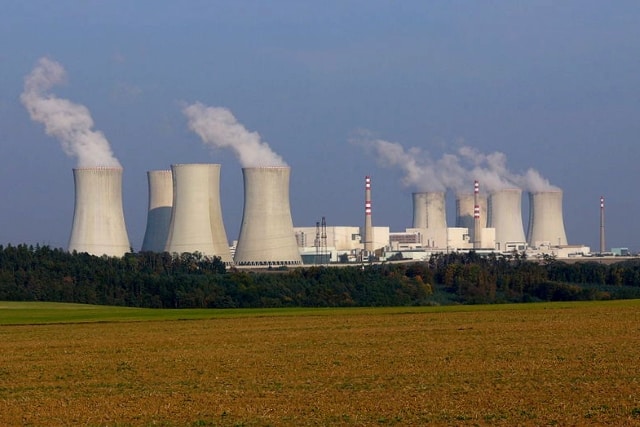 Speaking in the favor of the peaceful uses of nuclear energy, International Ato­mic Energy Agency (IAEA) Director General Yukiya Amano in his recent visit to Pakistan, while revisiting the facts, has praised the arrangements made for the security of Pakistan’s nuclear power plants. Mr. Amano, who visited the plants on 14th March, showed complete confidence and satisfaction over the safety and security of the new K-2 and K-3 plants. He came up with a view that the country needs more electricity and is committed to nuclear safety in accordance with the IAEA safety standards.

Following the progress, K-2 and K-3 projects are an inescapable necessity for Pakistan. As in recent times, it is estimated that Pakistan’s energy shortfall lags behind by approx. 4,000 megawatts. This shows that the demand of electricity has by far outnumbered the production which  impedes the growth and development. Practically, for boosting the nuclear energy generating capacity, it is believed that cheapest way of dealing with the country’s power woes is by building the K-2 and K-3 nuclear power plants.

Pakistan has applied numerous precautionary-cum-safety measures. These measures include the legal, regulatory, institutional, operational, and enforcement procedures within and outside its nuclear power plants.

In pursuit of completing energy demands, where Pakistan continues to pursue various forms of renewable energy including solar, hydro and wind power, nuclear power offers unique benefits apace with aforementioned sources of energy. Moreover, the Prime Minister Shahid Khaqan Abbasi on September 8, 2017, inaugurated Pakistan’s fifth nuclear power plant called the Chashma-4 (C-4) with the capacity to produce 340 megawatts. At the plant’s inauguration, nuclear energy through fission was underscored, where, Mr. Abbasi remarked that “this power plant will help in fulfilling energy needs of the country and will also help in reducing environmental pollution.”

It would be wise enough to argue that the nuclear power plants might just be our primary chance to prevent power starvation and insufficiency. Interestingly, Pakistan was ranked seventh most vulnerable country to be affected by climate change situation. Given such conditions, developing and relying on a consistent source of nuclear energy is the best possible way to address the energy shortfall issue in near future. Not only this, it is a source of continuous supply of clean energy and a more consistent one than others.

Ergo, looking at the benefits that nuclear energy provides, K-2 and K-3 that are under construction in Karachi would be the best possible mechanism through which the government is trying to address the desired deficit and fulfill the increasing energy crisis in Pakistan. Given the severity, Pakistan must also be supported financially by international investors to address the growth of Pakistan’s nuclear energy sector where the country is in dire need to overcome its crippling energy deficit.

Practically, for boosting the nuclear energy generating capacity, it is believed that cheapest way of dealing with the country’s power woes is by building the K-2 and K-3 nuclear power plants.

Regarding the threat of environmental disasters or nuclear accidents, nuclear pessimist believes that the design of K-2 and K-3 (which is known as the ACP-1000 design) to be in violation of internationally acclaimed safety standards required of a nuclear power plant. However, such concerns are blown out of proportion and the criticism doesn’t stand correct. This is technically incorrect. In fact, all pressurized reactors are essentially identical and the only significant variation between diverse generations of reactors lies in their respective safety features and systems.

Nuclear plants are generally safer than any other industrial sectors in Pakistan. From 1960s till  date, not a single mishap has occurred  in the nuclear domain of Pakistan. Pakistan on numerous intervals, has also declared that it is proactively engaged with the international community to promote nuclear safety and security. Pakistan has applied numerous precautionary-cum-safety measures. These measures include the legal, regulatory, institutional, operational, and enforcement procedures within and outside its nuclear power plants.

Hence, from the past few years, discussion on nuclear energy’s use and spread has been renewed and become acute. Given its energy deficit, Pakistan must indeed look towards nuclear energy and is also one of the aspirants that focuses on energy security to fulfil socio-economic demands. Ultimately, the development of K-2 and K-3 are a hopeful sign in addressing Pakistan’s energy challenge. It is time for us to follow the world into a cleaner and safer century.

The author is pursing his M.Phil from Quaid-e-Azam University, Islamabad. The views expressed in this article are authors own and do not necessarily reflect the editorial policy of Global Village Space.

Previous articleOPCW vote & South Asia: Why Pakistan backed Russia but India abstained
Next articleFATA to get internet access for the first time

News Desk - 31 July 2021
The first month of revenue collection by FBR exceeds the set target by big margins. On the other hand, Prime Minister Imran Khan has promised businessmen that the government reforms aimed at improving the tax system are underway, and directed that the stakeholders meet regularly for consultations to improve the system.

31 July 2021
Previous articleOPCW vote & South Asia: Why Pakistan backed Russia but India abstained
Next articleFATA to get internet access for the first time

The Muttahida Majlis-e-Amal rises from the ashes

Is it true that “Money Can’t Buy You Happiness”