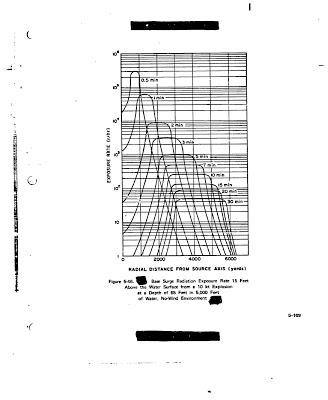 PAKISTAN has been encountering an existential threat since 1947. India has not reconciled with its sovereign survival. New Delhi did military aggression against it, at various occasions, and has frequently been violating the sanctity of the Line of Control. Perhaps, the Indian armed forces will not refrain from military invasion, if an opportunity arises such as the balance of power shifted in their favour.

Therefore, the Pakistani defence planners have been struggling to sustain the strategic equilibrium between India and Pakistan. India had played an ignominious role in the break-up of Pakistan in 1971.

Despite being a member of Western-sponsored alliances, i.e. SEATO and CENTO, and close ally of the United States; Pakistani armed forces suffered a humiliating defeat at the hands of its bitterest adversary. The tragedy of the disintegration of the country persuaded Pakistani ruling elite to espouse strategy of ‘look-within’ and ‘self-help’.

This self-reliance approach resulted in the development of the indigenous nuclear weapons program of Pakistan. On May 28, 1998, it conducted five nuclear weapons tests to demonstrate that India will not be able to commit aggression against Pakistan as it had successfully done in the 1971 war.

Since the inception, the primary objective or sole purpose of the nuclear weapons program remains to deter the Indians military aggression. India’s Cold Start Doctrine renamed Pro-Active Operations and Ballistic Missile Defence Program have brought a shift in the South Asian strategic environment that necessitated the transformation in Pakistan’s nuclear posture, i.e. shift from the credible minimum deterrence to the full-spectrum deterrence; and also improving the nuclear delivery vehicles and finalizing the nuclear-triad. Pakistan celebrated the 20th anniversary of its hot-test validation of nuclear weapons of different designs on May 28, 2018.

Since the mid-1970s, Pakistan’s nuclear program has evolved despite the immense international community opposition especially the devastating Americans economic and military sanctions. Pakistan’s National Command Authority maintains that the country’s nuclear weapons are not for offence, but for deterrence. Nonetheless, for the sake of defence its is keeping full spectrum deterrence posture and improving the nuclear-triad. The operationalized nuclear-triad empowers the nuclear-armed state to deliver nuclear warheads over the target from ground, aerial, and submarine-based platforms.

The Indian armed forces will not refrain from military invasion, if an opportunity arises such as the balance of power shifted in their favour.

Today, Pakistan is able to produce miniaturized warheads for the use in the Multiple Independently Targetable Reentry Vehicle (MIRV), or submarine-launched ballistic or cruise missiles. The general impression is that the miniaturized nuclear weapons ‘are made from plutonium and may also be fusion-boosted fission devices’. With these capabilities, Pakistani armed forces will able to defy the Indian ballistic missile defence shield.
Pakistan completed the triad of its nuclear forces on March 29, 2018. The Babur-III submarine-launched cruise missile successful test demonstrated the much needed second-strike capability that is imperative for the credibility of the nuclear deterrent. It is because deterrence is insured by a credible second-strike capability—by what Pakistan can do after an Indian nuclear attack. Hence, Babur-III test demonstrated a qualitative shift in the country’s nuclear posture.

India has been spending gigantically to purchase sophisticated military hardware from the technologically advanced nations. In addition, it’s Defence Research and Development Organization is also manufacturing new generations of the weapons. Despite mega investment in the military sector and transformation in its military doctrine, India has been unable to shift the balance of power in its favour. Hence, the strategic equilibrium between the belligerent neighbours is sustaining the strategic stability in South Asia.

Presently, New Delhi is hatching conspiracies and using hybrid warfare tactics to destabilize Pakistan. Its likeminded nations have been propagating against Pakistan’s nuclear weapons program. They desire to denuclearise Pakistan. Without denuclearisation of Pakistan, the prevalent strategic equilibrium cannot shift in India’s favour despite its military-hardware shopping spree from the advanced military industrial complexes.

Pakistan has refused to compromise on its nuclear arsenal and is also determined to advance its nuclear weapons capability to check the militarily adventurous strategies of India. Therefore, it has been modernizing strategic nuclear weapons to conduct counter-value targeting, such as cities, and also manufactured battlefield or short-range missiles and miniaturized nuclear devises for counter-force targeting, such as military assets.

Simultaneously, Islamabad has been advocating strategic restraint regime in South Asia. To conclude, Pakistan’s nuclear weapons capability has not only solidified its defensive fence, but it has also sustained the strategic stability in South Asia since May 1998.

Previous articleSalman Ahmed claims Reham Khan received £0.1m from PMLN to malign Imran Khan
Next articleWhy Nawaz will have to pay the price for his part in pre-poll rigging in 1990 elections?

18 June 2021
Previous articleSalman Ahmed claims Reham Khan received £0.1m from PMLN to malign Imran Khan
Next articleWhy Nawaz will have to pay the price for his part in pre-poll rigging in 1990 elections?

Trump and his generals lock horns over Syria

CPEC at a halt, drowns in financial predicament?