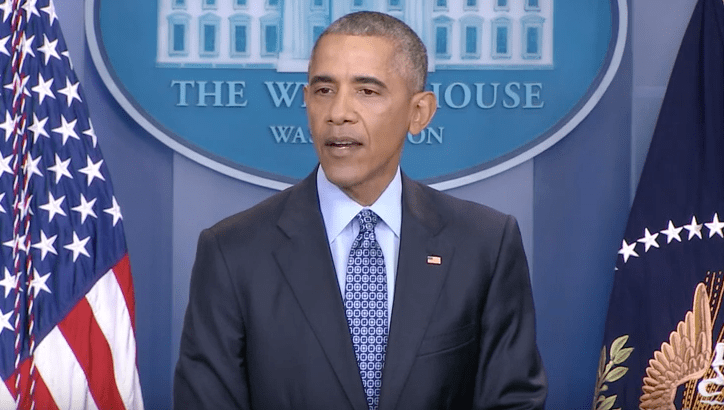 US President Barack Obama has commuted the sentence of Chelsea Manning. A former army intelligence operative, Manning was sentenced by court martial in 2013 to 35 years’ imprisonment for espionage crimes relating to the mass leaking of military and diplomatic material.

She will now be released in May 2017, having served seven years including her time in confinement before and during her trial.

Manning’s lawyers argued she was motivated by a desire to expose the reality of war to the American people. She leaked more than 700,000 items of interest to whistleblower website WikiLeaks. It published many – including videos of airstrikes that killed civilians in Iraq and Afghanistan.

At the time of sentencing, the American Civil Liberties Union (ACLU) contrasted Manning’s punishment with the relative impunity of military personnel who tortured prisoners and killed civilians. According to the ACLU’s Ben Wizner:

“A legal system that doesn’t distinguish between leaks to the press in the public interest and treason against the nation will not only produce unjust results, but will deprive the public of critical information that is necessary for democratic accountability.”

Reaction to the announcement

At the time of her trial, Chelsea Manning was known as a man named Bradley. She has since identified as a transgender woman and undergone hormonal and psychological therapy, but remains in a men’s prison.

Amnesty International has campaigned for Manning’s release. The human rights group claims she was denied due process at trial and treated cruelly in prison. It regards Manning as a human rights defender for exposing public interest material.

Amnesty’s conclusions were endorsed by the UN special rapporteur on torture, Juan Mendez, who found the conditions of Manning’s imprisonment cruel, inhumane and potentially torturous.

Amnesty International has campaigned for Manning’s release. The human rights group claims she was denied due process at trial and treated cruelly in prison.

WikiLeaks founder Julian Assange also welcome the commutation. He called Manning a hero and demanded an end to the “war on whistleblowers”.

Manning’s fellow intelligence operative Edward Snowden similarly thanked Manning “for what you did for everyone”, and wished her strength in her remaining months of imprisonment.

In five more months, you will be free. Thank you for what you did for everyone, Chelsea. Stay strong a while longer! https://t.co/PaLvJDvDbl

In five more months, you will be free. Thank you for what you did for everyone, Chelsea. Stay strong a while longer! https://t.co/PaLvJDvDbl

A merciful US government?

The White House is celebrating Obama’s record of 1385 pardons and sentence commutations during his administration. Obama’s exercise of these extraordinary presidential powers was hailed as evidence of his remarkable mercy.

Low- and mid-level operatives like Manning have received harsh sentences, while the torture and human rights abuses they have exposed go unpunished – and more senior officials escape sanction for leaking. Even military operatives convicted of war crimes, murder and rape have received considerably shorter sentences than that initially delivered to Manning.

Some sources have critiqued Obama’s commutation of Manning’s sentence as a cynical and all-too-late development, given it followed eight years of efforts to “diminish and silence” whistleblowers and watchdogs.

A lack of transparency has characterised Obama’s massive expansion of the drone program and the idea of borderless war against terrorism.

Is this a precedent for Assange,Snowden and others?

The announcement of Manning’s commutation raises questions regarding the future of other high-profile leakers.

Since 2012, Assange has been under effective house arrest in the Ecuadorean embassy in London. He has been granted asylum to protect against the possibility of prosecution for espionage in the US.

Earlier this month, the WikiLeaks Twitter account announced Assange would agree to US extradition if Manning was released.

If Obama grants Manning clemency Assange will agree to US extradition despite clear unconstitutionality of DoJ case https://t.co/MZU30SlfGK

If Obama grants Manning clemency Assange will agree to US extradition despite clear unconstitutionality of DoJ case https://t.co/MZU30SlfGK

However, Assange now says Manning ought to have received clemency and been released immediately. Assange’s lawyers have indicated that the terms of the commutation do not meet his requirements to consent to extradition.

Assange’s situation is complicated by the persistent threat of “lesser rape” charges in Sweden.

It seems even less likely that Manning’s commutation will prompt a change in circumstance for Snowden. The former CIA contractor leaked classified material, including the revelation that the NSA collects Americans’ phone and internet data.

Obama has denied he has the power to pardon Snowden, because Snowden has not submitted himself to the judgement of a court. Yet US presidents as recent as Bill Clinton have delivered pre-trial pardons.

This week a new element of this stance emerged. White House spokesman Josh Earnest effectively identified Snowden as a traitor because of his temporary asylum in Russia:

Mr Snowden fled into the arms of an adversary and has sought refuge in a country that most recently made a concerted effort to undermine confidence in our democracy.

What now under Donald Trump?

The timing of Manning’s commutation further undermines any chance of similar approaches to the situations of Assange or Snowden. With President-elect Donald Trump to be sworn in this week, an even less conciliatory tone is likely to be taken in relation to whistleblowers.

This was evident in Republican senator John McCain’s response to the announcement of Manning’s commutation:

It is a sad, yet perhaps fitting commentary on President Obama’s failed national security policies that he would commute the sentence of an individual that endangered the lives of American troops, diplomats, and intelligence sources by leaking hundreds of thousands of sensitive government documents to WikiLeaks, a virulently anti-American organisation that was a tool of Russia’s recent interference in our elections.

Trump has previously made his views on Snowden very clear

Snowden is a spy who has caused great damage to the U.S. A spy in the old days, when our country was respected and strong, would be executed

Snowden is a spy who has caused great damage to the U.S. A spy in the old days, when our country was respected and strong, would be executed

… a precedent that some fear Donald Trump will invoke … to further muzzle dissent.

By no means has Trump indicated commitment to freedom of the press, either.

This piece was first published in The Conversation. It has been reprinted with permission.

Reuters - 18 September 2021
In Afghanistan, people have been detained and beaten ever since the Taliban took power. Due to the current situation in Afghanistan, the UNHCR chief says, there's a 'space for discussion' with the Taliban over human rights.

Afghanistan: Implications of a global failure for US and Pakistan! – Gen Tariq Khan