OBOR: Has India lost its ticket to development? 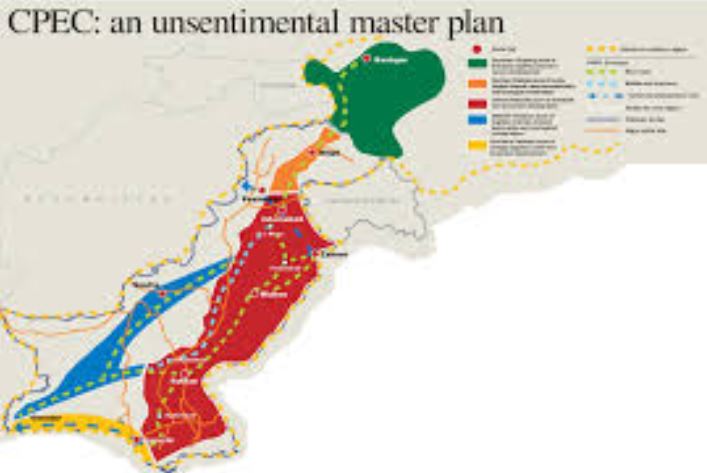 According to Pakistani press, one highlight of the participation by PM Nawaz Sharif at the Belt and Road Forum in Beijing (May 14-15) was to be the signing of a Memorandum of Understanding between the two countries, opening the door to massive Chinese investment – to the tune of $50 billion – for the development of the North Indus River Cascade in Pakistan’s Gilgit-Baltistan region. This will be Chinese investment over and above the $46 billion China-Pakistan Economic Corridor.

Beijing has decided to simply ignore Delhi’s protestations and proceed with the CPEC projects in a big way in Gilgit-Baltistan.

A whopping 40000 MW of electricity can be produced in the region known as the North Indus River Cascade, which stretches from Skardu in Gilgit-Baltistan and runs through Khyber-Pakhtunkhwa as far as Tarbela. The stunning development catapults Pakistan as by far the number one recipient of Chinese investment in infrastructure development. The geopolitical significance is at once obvious.

Beijing, which went the extra league in the recent months to convince India that the latter’s concerns over sovereignty relating to the CPEC are unwarranted, has apparently given up and decided to simply ignore Delhi’s protestations and proceed with the CPEC projects in a big way in Gilgit-Baltistan. It is a political and diplomatic snub by China, conveying a frank message to the Modi government to “get lost”.

The Modi government is now left with an option to carry on regardless along the path of confrontation and rivalry with China, or, alternatively, to see the writing on the wall and get adjusted to the fait accompli with a sense of stoicism and sense of modesty. The latter course is not easy since the “core constituency” of the BJP will mutiny and the RSS will rap on the government’s knuckles. However, China seems to estimate that it is in India’s DNA that sooner rather than later, it will feel the intensity of regional (and global) isolation – especially now that all of India’s neighbors, including Nepal, have joined the OBOR – and make atonement.

Meanwhile, the announcement in Washington on Thursday that President Donald Trump had nominated his special assistant and the point person on Asia in the National Security Council Matt Pottinger to represent him at the weekend event in Beijing must have come as a shock to the Indian foreign-policy elites. The US-China détente that is unfolding under Trump’s stewardship makes complete nonsense of Modi government’s China policies that are tied to the apron strings of the Obama administration’s pivot strategy in Asia. The US and China made a joint announcement on Thursday regarding the first tranche of policy decisions on trade issues envisaged under the so-called Initial Actions of the U.S.-China Economic Cooperation 100-Day Plan that was agreed upon by Trump and President Xi Jinping at their Mar-a-Lago meeting in Florida in April.

The US Commerce Department announced on Thursday that Washington “recognizes the importance” of China-proposed Belt and Road Initiative and is, therefore, deputing a delegation to attend the forum in Beijing.

The White House feels delighted that the relationships Trump has built with President Xi Jinping and other Chinese leaders “are clearly paying dividends.” The announcement covers areas such as agricultural trade, financial services, and energy to boost economic cooperation. Amongst other things, China will receive imports of beef and LNG from the US, while the latter agrees to apply the same bank prudential supervisory and regulatory standards to Chinese banking institutions as to other foreign banking institutions.

Read more: Is India cutting ‘off its nose to spite its face’ on OBOR?

The US Commerce Department announced on Thursday that Washington “recognizes the importance” of China-proposed Belt and Road Initiative and is, therefore, deputing a delegation to attend the forum in Beijing. It cannot be lost on the Trump administration that OBOR is shaping up as a new vector of globalization and the US will be the loser if it stays out of the new supply chain. Ning Jizhe, China’s vice-minister of the National Development and Reform Commission said in Beijing on Saturday:

“Chinese outbound investment is forecast to total $600 billion to $800 billion over the next five years, a fairly large proportion of which will go into markets related to the Belt and Road Initiative.”

This compares with the $60 billion China has so far invested in OBOR projects.

All in all, Modi government’s China policies are turning out to be very short-sighted and based on vanities and prejudices carried forward from another era that is hopelessly unsustainable today. It was possible to have rationally analyzed that the Belt and Road Forum in Beijing will turn out to be a seminal event in global politics. But Modi decided to boycott it. The sad part is the sophistry in the Indian argument. The plain truth is that in the emerging scenario in J&K, India should be more than satisfied with a solution to the Kashmir problem without having to redraw territorial boundaries and which would somehow legitimize the Line of Control as the international border.

Indira Gandhi knew this home truth; Rajiv Gandhi knew it; Narasimha Rao knew it; AB Vajpayee most certainly knew it. But Modi somehow doesn’t get it. The Modi government dreams up that all of Greater Kashmir stretching up to Wakhan Corridor belongs to India. A foreign policy based on such poppycock does not serve the country’s interests. The Modi government lends money to Vietnam to buy patrol boats to stand up to China, while President Tran Dai Quang attends the OBOR event in Beijing and is feted by President Xi.The international community will only regard our leaders as a frivolous lot with a provincial mind.

Previous articleImpact of Kargil Conflict 1999 on Pakistan’s Current Security Perspective
Next articleMore troops in Afghanistan: A recap of the Vietnam war?

19 September 2021
Previous articleImpact of Kargil Conflict 1999 on Pakistan’s Current Security Perspective
Next articleMore troops in Afghanistan: A recap of the Vietnam war?

History shows the Sci-fi and speculative fiction of Muslims!