Last week, India asked the UN body to remove Kashmir from its agenda to prevent Pakistan from raising it at the 75th session of the UN General Assembly, which begins in New York later this month. 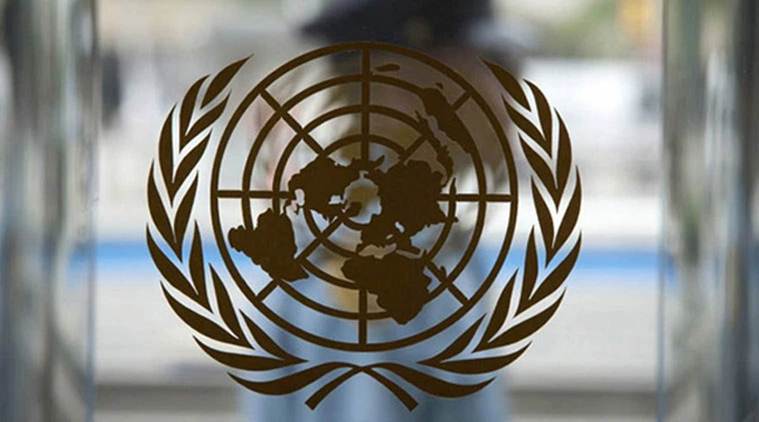 The item ‘India-Pakistan Question’ was first inscribed on the agenda of the Security Council in its formal meeting on 20 January 1948, to consider the Jammu and Kashmir dispute. The Council has since adopted 16 resolutions on Jammu and Kashmir under this agenda item. India has been consistently trying to sabotage this agenda.

The Security Council is a primary organ of the United Nations, entrusted with the responsibility of maintaining international peace and security. The UNSC maintains a list of items on its Agenda. India has long sought to remove the ‘India-Pakistan Question’ from the agenda of the Security Council. However, despite its best efforts, India’s attempts have failed consistently.

Pakistan’s resolve to ensure a free Kashmir continues to be strengthened, with the Indian government’s repeated attempts to have the illegal occupation of Jammu & Kashmir removed from the UNSC agenda, met consistently with failure & rejection.

Last week, India asked the UN body to remove Kashmir from its agenda to prevent Pakistan from raising it at the 75th session of the UN General Assembly, which begins in New York later this month.

According to diplomatic sources, no item can be removed from the agenda even if one UN member state requests its retention. In fact, while describing the Indian claim as “outlandish”, sources revealed that an agenda item can only be closed if a dispute is “settled,” or all members reach a consensus.

In its statement on the Report of the Security Council for 2019, India complained that Pakistan “keeps pushing for discussions on an outdated agenda item in the council” which for “all matter needs to be removed from the council’s agenda permanently”.

‘Indian representatives only deluding themselves’

Pakistan has been adamant, since the illegal annexation of Kashmir by India on Aug 5 2019, to raise the Kashmir issue inside the council. The issue has thus far been raised three times with China’s support over the past year.

“Indian representatives are either deluding themselves, or deluding their public, by asserting that they will remove Kashmir from the Security Council’s agenda,” said Munir Akram, Pakistan’s permanent representative to the United Nations, while commenting on the Indian move. “It will not happen”, he said.

“Not surprising that India defends its terrorists. The case against the Indian terror masters is conclusive. Pakistan will continue to unmask Indian sponsorship of TTP and JuA terrorists,” Akram said in a message shared on Twitter.

Pakistan has on many occasions provided the international community with proof that Indian state agencies are involved in funding and supporting the operations of TTP and JuA. The two terror outfits have carried out many attacks inside Pakistan that have killed civilians.

Not surprising that India defends its terrorists. The case against the Indian terror masters is conclusive. Pakistan will continue to unmask Indian sponsorship of TTP and JuA terrorists.

What is the India-Pakistan Question?

Several letters addressed to the President of the Security Council last year and in 2020 have all been officially circulated under the item: “India-Pakistan Question.”

The mandate of the United Nations Military Observer Group in India and Pakistan (UNMOGIP) was also authorized by a decision of the Security Council under the agenda item “India-Pakistan Question.”

Role of the UNMOGIP

UNMOGIP remains stationed in Jammu and Kashmir, another affirmation that the Kashmir dispute remains on the agenda of the Security Council. The Group regularly monitors and reports the ceasefire violations along the Line of Control in Jammu and Kashmir, allowing the Council to remain seized of the developments there.

“The UN Military Observers are stationed in Kashmir and ceasefire violations are reported daily to the UNHQ and to the Security Council. It is proof that this dispute remains under the active consideration of the Security Council and is in no way outdated.” say diplomatic sources.

“India-Pakistan Question”is one of the oldest items on UNSC agenda. The Question remains on the agenda since India has never implemented UNSC Resolutions on J&K dispute.

India cannot deny the fact that Kashmir remains on the agenda of the Security Council and that, since 5 August 2019, the Council has deliberated on three different occasions on the deteriorating peace and security and human rights situation in occupied Jammu and Kashmir.

The current practice of removing items from the UNSC agenda is dictated by paragraph 16 of the Presidential Note 507 of 30 August 2017; it provides that items will be deleted unless a member state notifies the President of the Council by the end of February to retain the item.

Sources say it is a pity that a country (India) which is so eager to join the Council is not even aware of the basic rules of procedure governing its functions.

Crawling through my skin, the wounds reopen every winter

The FATF ghost is staring Pakistan in the face