"It's inescapable that it's from ships, and it's not coming from land," a researcher said. "A certain sector of the merchant fleet seems to be doing that, and it seems to be largely an Asian one," he said. 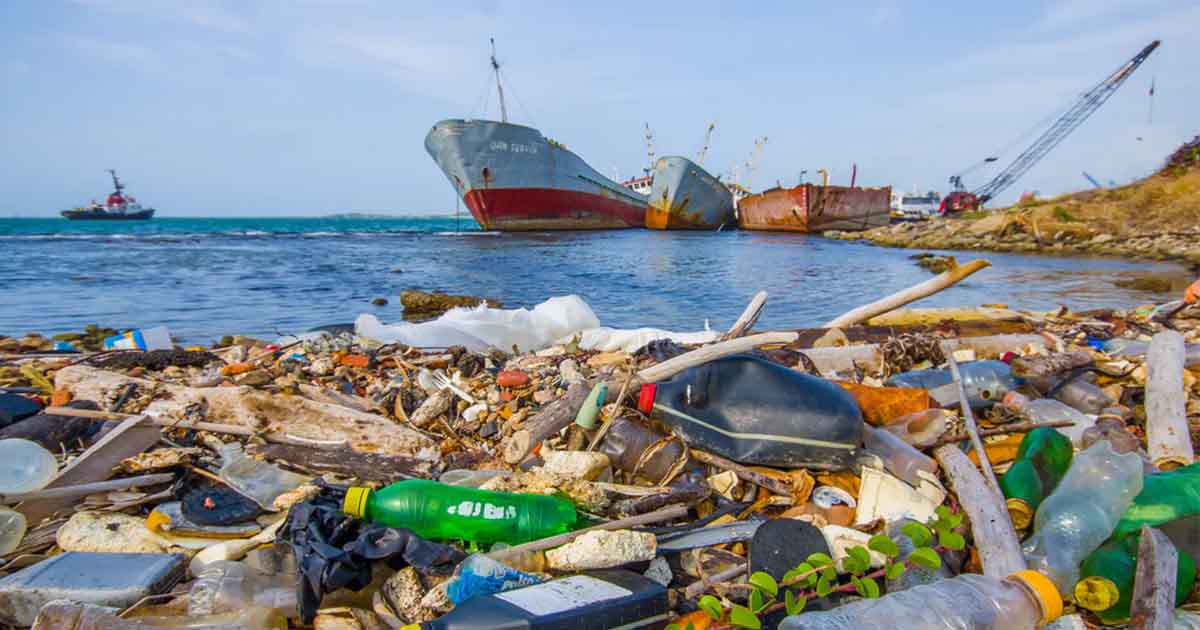 Most of the plastic bottles washing up on the rocky shores of Inaccessible Island, aptly named for its sheer cliffs rising from the middle of the South Atlantic, probably come from Chinese merchant ships, a study published Monday said.

The study offers fresh evidence that the vast garbage patches floating in the middle of oceans, which have sparked much consumer hand-wringing in recent years, are less the product of people dumping single-use plastics in waterways or on land, than they are the result of merchant marine vessels tossing their waste overboard by the ton.

Ocean plastic pollution is a growing problem. Which countries are the worst offenders? https://t.co/MsL9yUnBXq pic.twitter.com/ttK9jjNBB1— The Economist (@TheEconomist) September 22, 2019

The authors of the study published in the Proceedings of the National Academy of Sciences, or PNAS, collected thousands of pieces of waste during visits to the tiny island in 1984, 2009 and again in 2018.

The researchers concluded that the bottles must come from merchant vessels, which toss them overboard rather than dumping them as trash at ports.

The island is located roughly midway between Argentina and South Africa in the South Atlantic Gyre, a vast whirlpool of currents that has created what has come to be known as an oceanic garbage patch.

While initial inspections of the trash washing up on the island showed labels indicating it had come from South America, some 2,000 miles (3,000 kilometers) to the west, by 2018 three-quarters of the garbage appeared to originate from Asia, mostly China.

Many of the plastic bottles had been crushed with their tops screwed on tight, as is customary onboard ships to save space, said report author Peter Ryan, director of the FitzPatrick Institute of African Ornithology at the University of Cape Town in South Africa.

Here's how you can help pic.twitter.com/z5gsZV74YH— Bloomberg QuickTake (@QuickTake) September 28, 2019

Around 90 percent of the bottles found had been produced in the previous two years, ruling out the possibility that they had been carried by ocean currents over the vast distance from Asia, which would normally take three to five years.

Most of the plastic bottles washing up on the rocky shores of Inaccessible Island, aptly named for its sheer cliffs rising from the middle of the South Atlantic.

“It’s inescapable that it’s from ships, and it’s not coming from land,” Ryan told AFP. “A certain sector of the merchant fleet seems to be doing that, and it seems to be largely an Asian one,” he said.

There are two distinct types of marine pollution. On the one hand, there are the beaches around urban centers: the plastics that are found there come from coastal areas, and include bottles, bags and packaging. But these things sink easily and are less likely to be carried far by currents.

Farther out in the oceans, the garbage patches contain fragments of objects of unclear origin, as well as items used by cargo ships and fishing fleets: not just the bottles emptied by the ships’ crews, but also nets, ropes, buoys, crates, barrels and floats.

The island is located roughly midway between Argentina and South Africa in the South Atlantic gyre,  known as an oceanic garbage patch

“It’s an underappreciated cause of pollution,” said Ryan. Half of the great Pacific garbage patch is made up of fishing nets, by weight, according to a report published last year in Scientific Reports.

Oceanographer Laurent Lebreton, one of the authors of the latter report, said that the oft-quoted figure of 80 percent of plastic pollution coming from the land does not apply to the high seas.

He recalled having found huge clusters of nets created by fishing vessels in the North Pacific, known as “fish aggregating devices” to attract fish.

“Often they don’t retrieve them and they are lost. We have found several tons of them,” said Lebreton, of the organization The Ocean Cleanup.

“Everyone talks about saving the oceans by stopping using plastic bags, straws and single use packaging. That’s important, but when we head out on the ocean, that’s not necessarily what we find,” he told AFP.

Can an FIR be registered against the invigilator who harassed girls at Bahria?