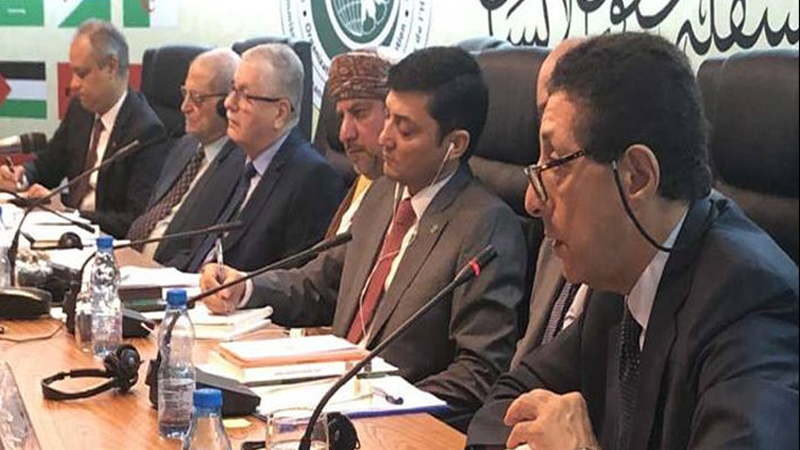 The Organization of Islamic Cooperation (OIC) Secretariat General strongly condemned the killing of innocent Kashmiris by the Indian forces in the occupied territory.

According to details, the OIC Independent Permanent Human Rights Commission received a detailed briefing on the worsening human rights situation in the Indian held Kashmir.

The Commission deplored the recent wave of violence against civilians and called on the Indian government to allow its fact-finding mission to visit the occupied valley.

According to details, the OIC Independent Permanent Human Rights Commission received a detailed briefing on the worsening human rights situation in the Indian held Kashmir.

On the other hand, Kashmir Media Service reported that Indian authorities have imposed ‘curfew’ like restrictions across Srinagar and adjoining areas to prevent a march towards the Indian army headquarters in Badami Bagh Monday.

The call for march was given by the Joint Resistance Leadership (JRL), comprising Syed Ali Gilani, Mirwaiz Umar Farooq and Muhammad Yasin Malik, against the killings of innocent Kashmiris in Pulwama district by Indian troops.

Read more: Oppressed Kashmiris and the right of self-determination

Restrictions have been especially imposed within the jurisdictions of Khanyar, Rainawari, Nowhatta, Safakadal, Maharaj Gunj, Ram Munshibagh, Maisuma and Kralkhud police stations of the Srinagar, as per Kashmir Media Service.

On Saturday, the Indian troops had killed as many as 11 Kashmiri youth during a cordon and search operation and firing of live ammunition on protesters in Kharpora Sirnoo area of the district.