The Organisation of Islamic Cooperation will convene a special meeting in Islamabad in April 2020 to discuss human rights violations in Jammu Kashmir and the controversial anti-Muslim Citizenship Amendment Act in India. Experts believe this meeting is a trade-off by Saudi Arabia after demanding Pakistan's absence from the Kuala Lumpur Summit. 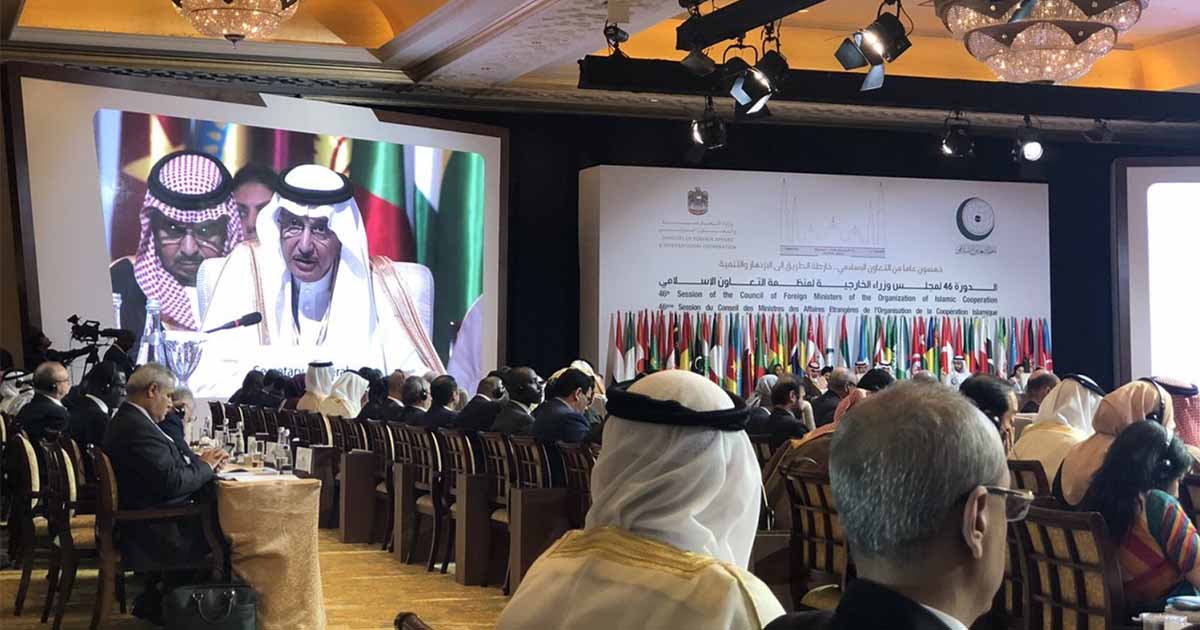 The Organisation of Islamic Cooperation will convene a special meeting in Islamabad in April 2020 to discuss human rights violations in Jammu Kashmir and the controversial anti-Muslim Citizenship Amendment Act in India.

The decision has been taken following the maiden visit of the Saudi Foreign Minister, Prince Faisal bin Farhan Al-Saud’s, to Pakistan. The Minister extended Saudi Arabia’s staunch support for Pakistan’s national interests and also called to convene the OIC meeting to discuss concerns of Pakistan on India’s ruthless anti-Muslims agendas.

Modi has internationalised the Indian Muslim issue, but seems to have miscalculated his economic friendship with MbZ/S
Now the Muslim world is debating reactions to India's actions on Kashmir and CAA-NPR-NRC, and this includes an already angry Iran.

Experts believe, the development to convene the OIC meeting, is a trade-off by Saudi Arabia after Pakistan skipped the Kuala Lumpur summit following strong reservations from the Saudi Arabia and UAE.

Earlier, Saudi Arabia had not denounced the abrogation of special-status of Kashmir by the BJP government and the continuous communication clampdown and seize of Kashmiris for nearly five months now. Also, the OIC had been dysfunctional in ensuring the protection of the rights of the Muslims in non-Arab states.

The #KSA #Saudi plan to call a conference on #Kashmir issue for #Pakistan is yet another #hypocritical #diplomatic drama by #Arabs & #SaudiArabia to appease Pakistan. The Organization has done NOTHING for #Palestinians; nothing #substantive can be expected by @OIC_OCI on Kashmir pic.twitter.com/AK6pEeeFpm— Syed Hussain, Ph.D (@syedn_hussain) December 28, 2019

Pakistan was left despondent when UAE had invited India’s external affairs minister to a meeting of foreign ministers of the OIC, without considering the opinion of Pakistan, a founder member of the OIC.

However, no date or detail of the plans for the OIC meeting has been given as yet but people anticipate the success of Pakistan’s foreign office who had been seeking to convene an OIC meeting to pitch its reservations on Kashmir issue, and the role of India’s central government in escalating anti-Muslim rhetoric in the region.

Analysts had hailed the move, speculated that a grand gesture of Crown Prince MBS hints towards a bargain between Saudi Arabia and Pakistan on the issue of the Kuala Lumpur summit and shared interests.

In concession to Pakistan, and a move that could hurt ties with India, Saudi Arabia to host OIC meet on Kashmir – writes @horror06 https://t.co/oOyebR2OL5 via @timesofindia

As Pakistan anticipates to get world support on Kashmir issue and CAB, Should India worry the assembling of the Muslim world at OIC?

Indian Foreign Office has refused to comment on the reports until the meeting was officially announced by the OIC. Indian analyst believes the OIC Convention on Kashmir issue is a setback for India’s external affairs ministry who have been endeavoring to improve ties with the Arab world.

Indian diplomats assert that Saudi Arabia’s announcement for an OIC convention on Kashmir issue stems out more from its fear of losing the lead of the Islamic nation following the alliance of Malaysia, Turkey and Iran’s attempt to form a parallel bloc than to dissent India on Kashmir issue and CAA.

Read more: The Policy of ‘Showing Concern’: Imran Khan in Saudi Arabia to lobby for Kashmir

“The bargain is clear: Saudi Arabia leads OIC nations to showcase its control of the Islamic world while allowing its members to use the forum to attack their rivals,” Indian publication The Hindu quoted India’s former Ambassador to KSA, Oman and the UAE, Talmiz Ahmed as saying.

Adding that, “While OIC resolutions mean very little in real terms, Pakistan wants to use the forum against India.” In that sense, agreeing to an OIC foreign minister’s meeting would be part of a deal where Pakistan reaffirmed Saudi Arabia’s dominance and refused to travel to Malaysia in exchange. ”

Pakistan’s Minister for Science and Technology, Fahad Mustafa, also hailed the news asserted that India is getting isolated because of Prime Minister Narendra Modi’s policies.