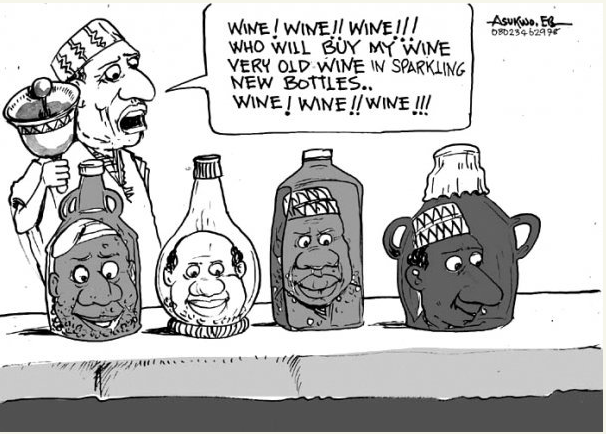 President Donald Trump announced his belated Afghanistan strategy and also laid out his South Asian future plan on August 21, 2017. Realistically, there is little new in his South Asian plan, especially in case of Pakistan. His speech, however, contains something very interesting about the limitations of United States in the twenty-first century.

The notable features of the announced strategy are secrecy of the military tactics; local commanders freedom in decision-making; the probability of engaging Taliban; call for military assistance from both NATO allies and strategic partners including India to fight transnational terrorist organizations and their Afghan sympathizers.

President Trump announced a tougher approach towards Pakistan. But he failed to realize that Washington lacks the capacity to blackmail Islamabad

President Trump, while speaking at the Fort Myer military base in Arlington, Va., specified three fundamental characteristics of Afghanistan policy. First, the Americans must seek an honorable and enduring victory. Second, the immediate rapid exit of American forces from Afghanistan is impossible.

Third, the security threats in Afghanistan and the broader region are immense. Aspiring for honorable and enduring victory is easy, but securing it is too difficult. The deployment of four thousand additional troops and revamping tactics are not enough to win the asymmetrical war in Afghanistan.

Although, President Trump backs off Afghan withdrawal, yet he admitted that American people are weary of 16 years war without victory. He stated: “I share the American people’s frustration. I also share their frustration over a foreign policy that has spent too much time, energy, money — and most importantly, lives — trying to rebuild countries in our own image instead of pursuing our security interests above all other considerations.”

Pakistani nuclear establishment has institutionalized highly secured systems, which has been improved gradually to thwart internal and external security challenges to its nuclear infrastructure

Nevertheless, the Trump Administration concluded to send 4000 additional troops in Afghanistan. The inability of the President Ghani government to restore the writ of the state in Afghanistan was straightforwardly acknowledged in the speech. President Trump categorically stated that rapid exit of American troops from Afghanistan would create a power vacuum in the country.

Read more: Arms race in South Asia will continue thanks to new Indo-Israel…

He announced a shift in American military strategy to combat the terrorist organizations in Afghanistan. The new strategy is a shift from a time-based approach to one based on conditions. It sounds impressive because in the asymmetrical war, announcing military plans, especially the engagement of troops is not a profitable tactic. However, the confusion continues over the issue of Afghan Taliban.

“Someday, after an effective military effort, perhaps it will be possible to have a political settlement that includes elements of the Taliban in Afghanistan.” He either seems convinced that Americans would be able to divide the Afghan Taliban, or he realizes peace in Afghanistan is impossible without a political deal with Taliban.

Interestingly, he admitted the reality that democratic political system cannot be successfully imposed in every country. “We are not nation-building again.” It’s a significant modification in United States foreign policy. Without mincing the words, President Trump accused Pakistan of harboring terrorist groups, including the Afghan Taliban.

He stated: “For its part, Pakistan often gives safe haven to agents of chaos, violence, and terror.” Ironically, he failed to realize that Pakistan suffered immensely due to war on terrorism. Trump’s perceptions about Pakistan’s role in Afghan war are very detrimental for the Pakistan-United States bilateral relations. He tried to make Pakistan scapegoat for the policy failures of the United States in Afghanistan in particular and region in general.

It sounds impressive because in the asymmetrical war, announcing military plans, especially the engagement of troops is not a profitable tactic

Pakistan’s refusal to act for the fourth time a frontline state of United States in the region has frustrated Trump Administration. It was clearly reflected in his speech. He mentioned Pakistan 12 times in his speech while speaking about Afghanistan, India, nuclear weapons, partnership and terrorist safe hideouts. President Trump praised India as a trustworthy strategic partner in South Asia and Indo-Pacific region.

He also demanded India to act proactively in Afghanistan. “India makes billions of dollars in trade with the United States, and we want them to help us more with Afghanistan, especially in the area of economic assistance and development.” It’s not clear whether New Delhi would be able to respond positively to President Trump’s demands.

President Trump did not ignore the current tension between India and Pakistan. While commenting on the gravity of regional security situation he stated: “the threat is worse because Pakistan and India are two nuclear-armed states whose tense relations threaten to spiral into conflict. And that could happen.” Indeed, it’s an alarming situation in South Asia due to India’s hegemonic aspirations.

Indeed, it’s a polite admittance of the failure of Americans policy in Afghanistan and existence of transnational terrorist organizations sanctuaries in Afghanistan

He, however, refrained from recommending any practical solution of the problem. Moreover, he lacked the courage to speak about the Kashmiris sufferings in the Indian Occupied Kashmir. President Trump spoke about the probability of nuclear terrorism. He stated: “we must prevent nuclear weapons and materials from coming into the hands of terrorists and being used against us, or anywhere in the world, for that matter.” Admittedly, one cannot rule out the probability of nuclear and radiological terrorism.

However, it’s an established reality the Pakistani nuclear establishment has institutionalized highly secured systems, which has been improved gradually to thwart internal and external security challenges to its nuclear infrastructure and arsenal since the very beginning of the nuclear weapon program. To conclude, President Trump announced a tougher approach towards Pakistan. But he failed to realize that Washington lacks the capacity to blackmail Islamabad.

Dr. Zafar Nawaz Jaspal is Associate Professor, School of Politics and International Relations, Quaid-i-Azam University, Islamabad. He is also an advisor on Non-Proliferation to SASSI, London and a course coordinator at Foreign Services Academy for the Pakistan Ministry of Foreign Affairs. Email: jaspal_99@hotmail.com. This piece was first published in Pakistan Observer. It has been reprinted with permission. The views expressed in this article are the author’s own and do not necessarily reflect Global Village Space’s editorial policy

8,600 US troops will stay in Afghanistan: Trump

“Acceptance and Tolerance”: What Afghan Hazaras want from the peace process