People of Pakistan have never been behind anyone in their will to help their fellow human beings and this legacy continues as world is struck with corona virus. Pakistanis all over the world are making the country proud by setting examples of sacrifice.

The words “Pakistan” & “Sacrifice” have turned synonymous in the modern times. Pakistanis have never shied away from helping others either during war or fighting against the plague of terrorism and the legacy continues as world fights against the novel corona virus.

Pakistanis all around the globe have made their country proud by helping any and everyone in need in these trying times. Amid the tensions of corona virus, every Pakistani regardless of his/her profession is ready to offer sacrifices for mankind in every corner of the world.

According to Gallup snap poll conducted in March 2020, 4 out of 5 Pakistanis (roughly 78%) were ready to forego some of their basic human rights to help put a leash on the spread of corona virus. 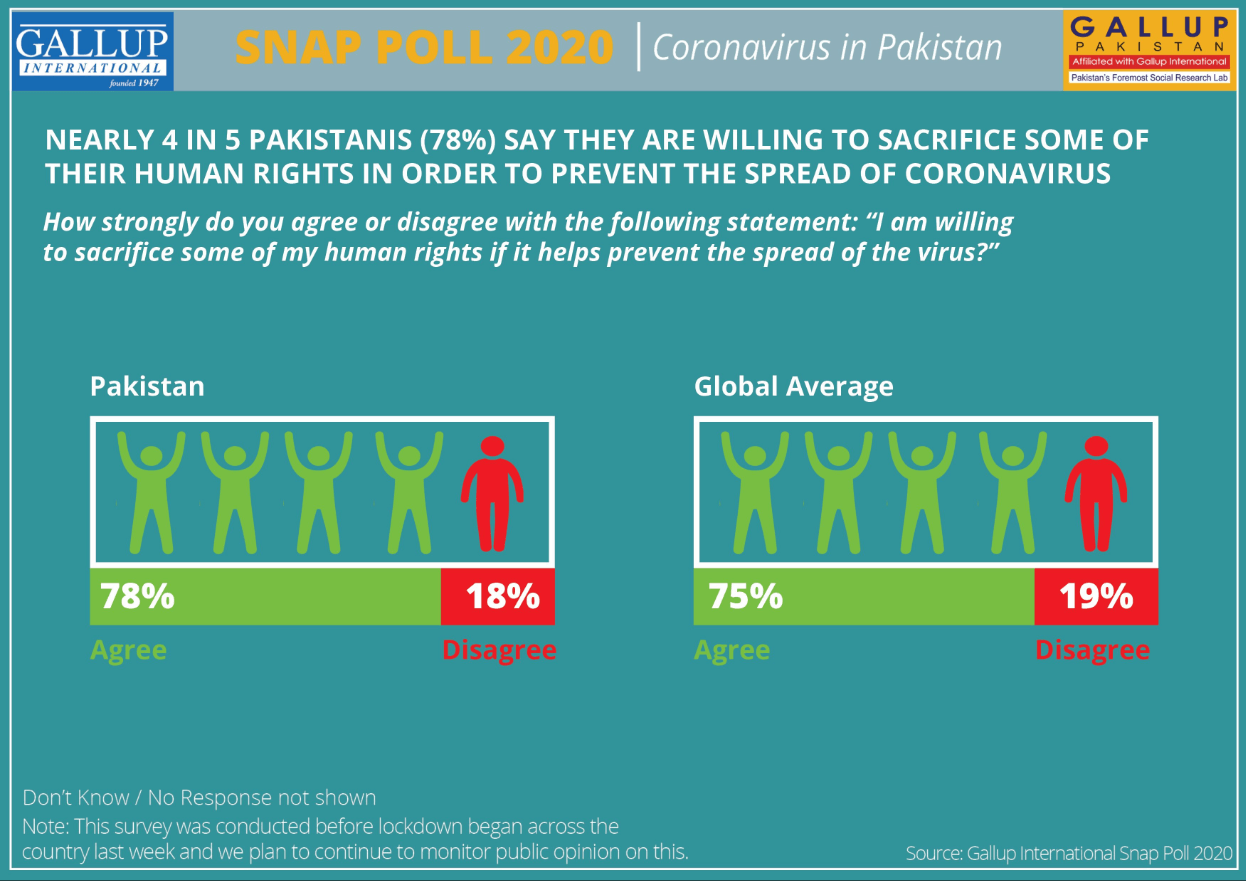 Pakistani people have adopted multi-dimensional approach to strengthen their role and contribution. Young doctors and other medical staff are working tirelessly for the well being of people. Doctors from different age groups laid down their lives fighting against the pandemic, not only in Pakistan but abroad too as a British-Pakistani doctor went beyond call of duty and gave his life treating victims of the virus.

This is Dr. Usama Riaz. He spent past weeks screening and treating patients with Corona Virus in Pakistan.

He knew there was no PPE. He persisted anyways.

Today he lost his own battle with coronavirus but he gave life and hope to so many more.

“He was our front line defense and we honor his sacrifice” Chief Minister GB Hafeezur Rehman was heard saying while talking to media after a doctor laid down his life treating corona virus patients even without proper protective gear because the life of a patient was more important to him than anything.

Pakistan has also become the largest exporter of young Pakistani doctors to the UK. According to General Medical Council (GMC), over 600 Pakistani medical graduates have taken the Professional and Linguistic Assessment Board (PLAB) test this year alone.

On the other hand, Pakistani Army is playing is a vital role in this hour of need by assisting civilian authorities to contain the deadly virus. Female army personnel have been deployed outside the quarantine centers.

Moreover, 150 Pakistani taxi drivers in Spain are making spectacular efforts to serve the medical staff by rendering free of cost taxi service. They are taking necessary safety precautions in order to protect the staff during this troublesome situation.

A postman named Amanat set an outstanding example of dedication by distributing the pensions to more than 2 lac elderly citizens of Pakistan at their doorstep.

#PakistanPost has started delivering pensions to 1.5 million people at their doorstep to protect them from #coronavirus by ensuring social distancing & staying-at-home. In 3 days PKR 3.1 bn were paid out to 200,000 pensioners. @ImranKhanPTI @PakistanPMDU @PakPostOffice #COVID19 pic.twitter.com/0hKWeKDzLB

It would be unfair to forget the efforts made by showbiz personalities such as Feroze Khan, Maya Ali and former sportsman Shahid Afridi in launching ration distribution drives among the needy and the poor during the lock down imposed by the government to contain the spread of the corona virus.

“It is not only about the money or food to feed but most importantly it is self-respect and human dignity”, such are the thoughts of the celebrities spearheading such drives.

In different areas medical supplies along with other hygienic products are being distributed to the underprivileged.

Pakistanis have never run away from an opportunity whenever nation required their sacrifices. It’s not too bold to say that their efforts as well as sacrifices would be recognized globally. They survived through numerous troubles since establishment and with their continuous, efforts, cooperation and sacrifices they would soon be successful in dispelling the pandemic from the country.

Exploring the effectiveness of super tax

A smart agitation in Pakistan

Rethinking the deterrence stability in the Asia-Pacific