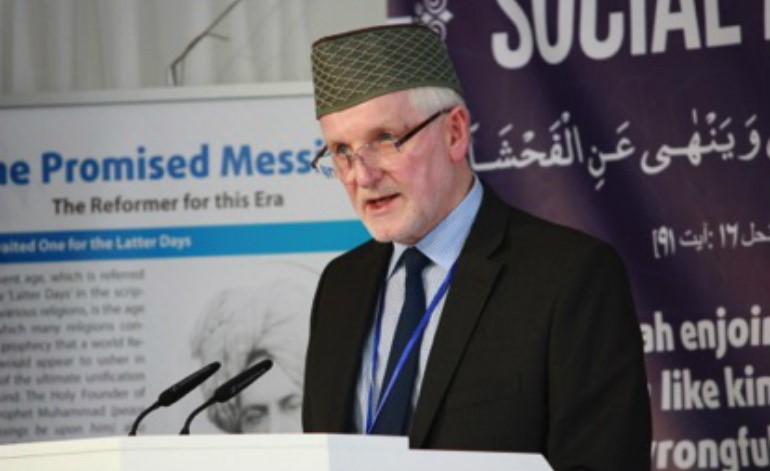 Various media organizations of Pakistan have managed to portray certain events in a certain perspective. Imran Khan’s “Thanksgiving” Jalsa was not spared by the media outlets of the country. Every channel, newspaper, website and social media coverage had something different to say about the event. The Jalsa was eventful and had many points that required reporting, however, different channels only broadcasted information that would benefit their political gains due to their alignment with different political parties of the country.

Read more: Imran celebrates and looks to surge ahead

The feud between ARY and Geo

ARY News and Geo are often portrayed as arch rivals. Both are embroiled in an endless struggle to gain ratings which have brought the two to butt heads. Their inclination towards specific political parties and organizations is pretty obvious to see. On one hand, we have Geo which has presented the news in a way where PML-N is the savior our nation needs and every thing against them is a military conspiracy, while ARY showed how this was the first victory in the fight against corruption. The contrast is seen in yesterday night’s news.

“Imran told me about plans of dissolving parliament: Hashmi” was a head line on Geo which makes it seem as if this was a conspiracy.

Geo started to look at the Jalsa in a very negative sort of a way. They highlighted the inappropriate activities going on in the Jalsa, the leaders present there and their wrong doings, the fights, the trash talk and so forth, thus producing this horrible image of the Jalsa. Keeping in mind that Geo has one of the highest viewership in the country, the majority of the population is absorbing all of that and a reaction of disgust and rage is rapidly growing.

“Addressing a gigantic rally in Islamabad, Chairman Pakistan Tehreek-e-Insaf (PTI) Imran Khan on Sunday said after the Sharif family, he would go after former president Asif Ali Zardari to get him grilled for involvement in money embezzlement.”-ARY’s coverage showing how Imran Khan will eradicate corruption

ARY, on the other hand, has shown its true colors as a man wearing an army uniform and a PTI hat. ARY is known for being pro military and PTI and their coverage of recent news shows it. They gave Imran Khan special attention throughout the Panama fiasco. Their coverage of Mr. Khan’s Jalsa was that of a “calm” and “contained” celebration for a victory in the fight against corruption. They also showed PTI as the force that made it all happen and the future of the fight against corruption with a special highlight on Mr. Khan’s comments on how he will go after the former President, Asif Ali Zardari and Chief Minister Punjab, Shahbaz Sharif. They completely ignored the distortion, the negative side effects and the chaos created.

“This is not the first time PTI is celebrating a ‘thanksgiving day’. On November 1, when the SC ordered PML-N and PTI to present their Terms of Reference for the Panama case hearing, the latter announced it will celebrate a Thanksgiving day instead of holding a protest that called for a lockdown of the capital.” The concluding Paragraph of The Dawn’s report

Online publications, the new trend in Pakistan’s media landscape, used their new popularity, especially in the youth of the country, to portray different images. Dawn, the most recognized and one of the most trusted news source in the country, managed to produce content, which they usually disguise pretty well, which also seemed one sided. The head line that caught the viewers eyes on Dawn was “Will resign if any statement in my money trail is found to be false: Imran Khan”, which is pretty similar to the statement made by the “former” prime minister Mian M. Nawaz Sharif. The report, after briefly talking about the Jalsa, that they were “supposed” to cover, started to state the slogans and the trash talk by the PTI’s leadership one of the sub-headings of the article was ‘Go Shahbaz Go’ highlighting the new mission of the party. The article also talked about how this was not the first “celebration” by the PTI.

“After campaign to oust Nawaz Sharif, Imran Khan looks to take the job” was the headline on ‘The News’

‘The News’ also managed to spark a fire on their coverage of the story as their headline “Imran says he will not spare Zardari” would poke any PPP supporter and it seems as if they are trying to start a fight between the supporters of the two political parties. They also highlighted “false promises” by the PTI’s leader about the NA-120 election and how his selected candidate will be victorious. Another statement they used was “He called Nawaz the biggest money launderer, followed by Ishaq Dar, Shahbaz Sharif, and Zardari.” thus trying to poke multiple bears with PTI’s stick.

“Nawaz added whopping $35b to Pakistan’s debt” and “Good riddance to the man who tried to get me jailed while I was pregnant: Jemima” were the Head lines of ‘The Express Tribune’

‘The Express Tribune’ made Imran Khan the protagonist of the story with the very first paragraph of their publication “Setting out his vision for Naya Pakistan, a triumphant Imran Khan has said his fight was solely against corruption, nepotism, bribery, and dishonesty”. They then painted a happy and colorful image of the Jalsa trying to show its magnificence. They also showed a tweet by Maryam Nawaz and the PML-N league’s visit Murree, targeting the blunt lie that the tweet showed. They then followed by Khan’s comments on his hardships and how the Sharifs targeted him by attacking his loved ones such as his father and his former wife Jemima. Using rhetoric they portrayed Mr. Khan’s emotions on this topic using his wife’s pregnancy and the separation of Imran with his ex-wife and children.

All in all, the different news agencies reporting on this one event had created so many different variations that the average viewers who follow just one organization, have been misled. While those who take input from multiple sources, confused. thus creating rifts, a mix of emotions and distortions in the average Pakistani’s life.

Previous articleImran celebrates and looks to surge ahead
Next articleWho will triumph in the battle for NA-120?

20 September 2021
Previous articleImran celebrates and looks to surge ahead
Next articleWho will triumph in the battle for NA-120?