The reform has freed many Saudi women from their dependence on private chauffeurs and male relatives. 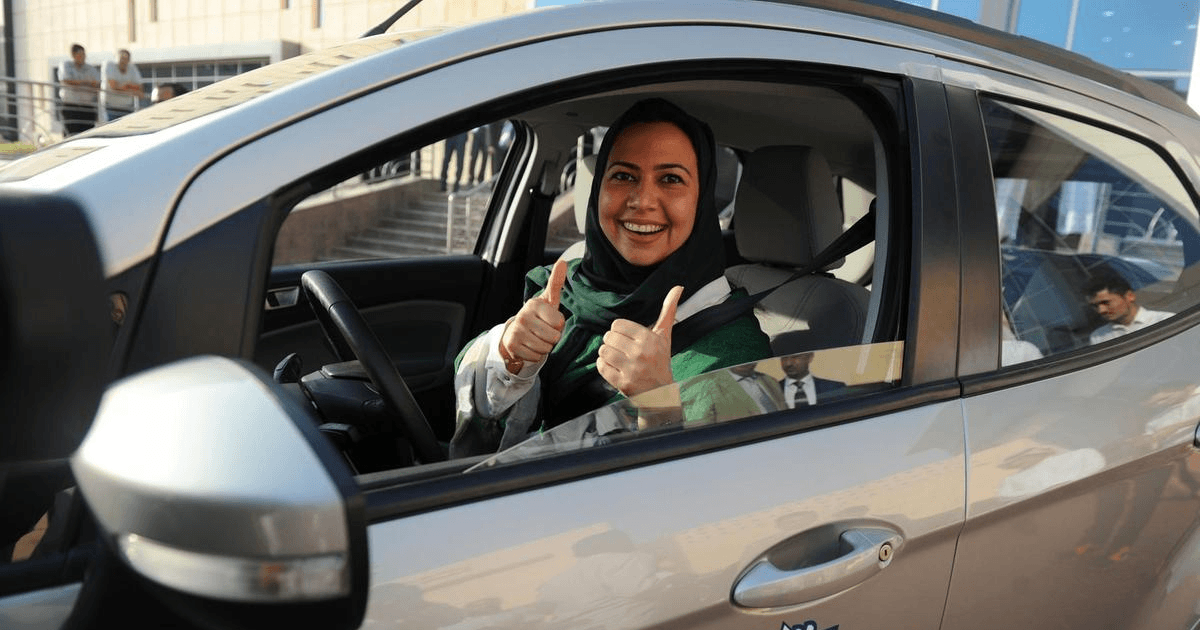 Until June 24 last year, the concept of women driving would have been considered a crime in Saudi Arabia, where hardliners have preached for decades that allowing women to drive would promote gender mixing and promiscuity.

Overturning the world’s only ban on female drivers has potentially put thousands of women behind the wheel in the most visible symbol of the conservative kingdom’s modernization drive.

Among them is Fakher, a mother-of-five who never thought she would see the reform, which ushered in a new era of freedom and mobility for women.

Buckling up in a pearl-silver Lexus, Sabeeha al-Fakher takes the wheel and relegates her son to the passenger seat; a role reversal the 68-year-old Saudi widow never imagined would be possible in her lifetime.

“I still don’t believe it,” she said, zipping past younger drivers in her native eastern city of Qatif.

Her husband, who passed away a decade ago, secretly taught her how to drive during trips to neighboring Bahrain in the 1990s, despite the risk of infuriating family patriarchs.

The reform has freed many Saudi women from their dependence on private chauffeurs and male relatives.

“We feel like (we were) in a cage before,” said Munirah al-Sinani, a 72-year-old mother of four, driving in the nearby city of Dhahran with her husband in the passenger seat.

“Open the cage. We fly, we go wherever.”

The move was part of Crown Prince Mohammed bin Salman’s much-trumpeted reform drive aimed at overhauling the conservative petro-state, long criticized over its treatment of women.

But as authorities detained several veteran women’s rights campaigners in the weeks before the ban was lifted, it became clear that the reform drive would not include greater political freedoms.

However, with the kingdom tightening its purse strings amid low oil prices, their new-found mobility allows women to join a labor market chronically short of female workers.

Some three million women could receive licenses and start driving by 2020, according to consultancy firm PwC.

Only a handful of driving schools for women have cropped up in Saudi cities, where applicants have rushed to learn to drive cars and even Harley-Davidson motorbikes – scenes unimaginable until recently.

But in a society steeped in conservatism, many say they have endured sexism and aggression.

Social media is rife with memes of traffic pileups blamed on women drivers, along with condescending messages advising women to “avoid wearing makeup” while driving.

The woman had reportedly started driving to save money – she had been spending much of her salary on hiring a driver.

Since then local media has reported at least five more arson attacks on women’s cars in several cities.

Many women also face opposition from family members, in a country where women are often only as free as their “guardians” – husbands, fathers and other male relatives – allow.

Women need a guardian’s permission to study, get married or even renew passports.

That is not the case for driving licenses, but it is unclear what legal recourse women have if guardians physically prevent them from taking the wheel.

Fakher recalled asking two conservative Qatif families: “Why are you stopping the girls?”

She was accused of “interference” and told that their fathers were hell-bent on preventing their daughters from driving. The women appeared to have no say in the matter.

The crackdown on female activists that preceded the reform sparked a torrent of global criticism and cast a spotlight on the kingdom’s human rights record.

The government put 11 women on trial this March amid claims that some were tortured and sexually harassed by interrogators. Saudi authorities deny the charge.

Most of the 11 were veterans of the campaign for the right to drive, including some who took part in the kingdom’s first driving protest in 1990.

The women were charged with speaking to international journalists, diplomats, and human rights organizations.

Eight have since been temporarily released, but still face trial.

Observers said the crackdown aimed to send a clear signal that the state is the sole agent of change.

Still, many Saudis say decades of fearless activism played a role in ending the ban.

“They paved the way for us,” said Fakher.

A New Weapon in Russia’s Arsenal, and It’s Inflatable

The Republic of Ireland explained in five snapshots