Indian politicians, in their spite of, the Muslim minority seeks a complete ban on Burqas in India calling it an Arab custom and not Indian. BJP minister went on to say that only terrorists wear Burqas to cover their faces. Earlier Indian authorities lauded one school's decision to ban the veil, now they seek a countrywide ban. 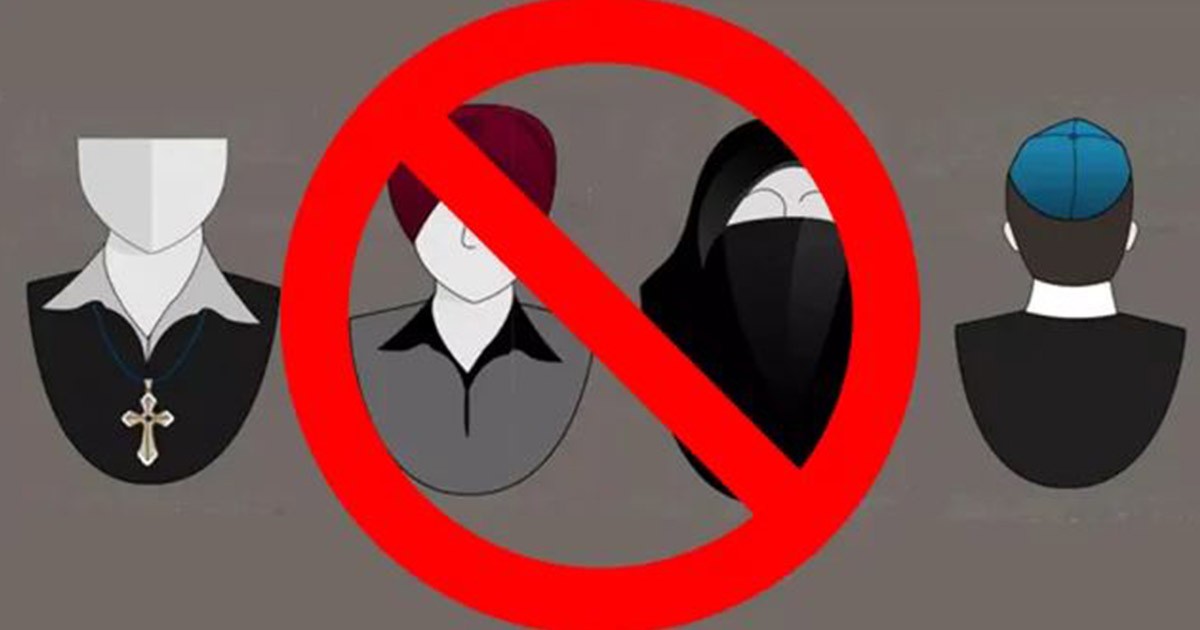 The state of Uttar Pradesh’s labor minister Raghuraj Singh has called for an outright ban on women wearing burqas, suggesting that terrorists have been using them to elude authorities.

In an apparent reference to the recent violent protests against the controversial Citizenship Amendment Act (CAA) which have swept India, Singh claimed that criminals and “terrorists” were using the burqa to conceal their identities.

Tunisia becomes the latest Muslim country to ban full-face veils for security reasons. Neighboring Algeria and Morocco already enforce such bans. Even in the West and India, a niqab or burqa has been used (including by men) to carry out a terrorist attack or to escape the police. pic.twitter.com/cMpwayknxa

The politicians from the ruling Bharatiya Janata Party called for India to ban the Muslim veil, citing the example of Sri Lanka, which banned the headscarf after the Easter Sunday bombings which killed 259 people and injured many more. He added that it was the custom in Arab countries, but not in India which is predominantly Hindu.

When confronted by Indian media about his controversial statement, Singh doubled down, saying: “I have no remorse on what I said.”

This is not the first time that Singh has courted controversy: He previously claimed in January that anyone protesting against Prime Minister Narendra Modi or Chief Minister of Uttar Pradesh Yogi Adityanath would be “buried alive.” He also stated that anti-nationalists will “die a dog’s death.”

A campaign tailored against Muslims

Earlier, a women’s college in northeast India has prohibited students from wearing burqas in the classroom, arguing that the full-body garment violates the institution’s dress code. The rule will be enforced with fines.

JD Women’s College of Patna issued a notice to its student body stating that the face and body covering garb, worn by women in some Islamic traditions, would no longer be tolerated on campus.

India must ban all religious & cultural garments that hide facial identity in public space both for security reasons & liberation of women from patriarchal prisons. Veil (burqa, ghoonghat) for religious or cultural reasons is an abomination & has no space in any civilized society https://t.co/7pm5JEXJUs

“All students have to come to college in the prescribed dress code… Students are prohibited from wearing ‘burqa’ in college,” the statement read, according to local media.

The school’s proctor, Veena Amrit, told the Hindustan Times that the guideline was put in place to ensure “uniformity” in the classroom.

While it’s not yet clear how students will react to the new rule, dress code crackdowns at other all-women institutions in India have not fared well. In September, St. Francis College for Women in Hyderabad was forced to abandon a decree calling for the more conservative dress after students held a rally against the new measure.

Will the fall of Mosul make Iraq safer?

Why did the US press Gen Bipin Rawat into service on India?