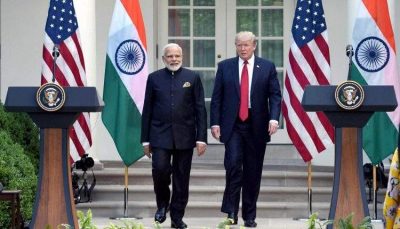 Russia’s failed effort to get the OPCW to open up a joint investigation of the Skripal case importantly proved that the South Asian dynamics of the New Cold War are the polar opposite of what they were during the Old Cold War, and this correspondingly has striking implications for regional geopolitics.

The Polar Reversal At The OPCW

Russia failed earlier this week in trying to get the required two-thirds support of the Organisation for the Prohibition of Chemical Weapons (OPCW) to open up a joint investigation into the Skripal case, but while this was a diplomatic defeat in the context of the organization, it interestingly represented a diplomatic victory when it came to the context of New Cold War geopolitics in South Asia. India, which was the USSR’s long-term ally during the Old Cold War and proudly indoctrinated its citizens with the slogan of “Rusi-Hindi Bhai Bhai” (“Russians and Indians are brothers”) for decades, shocked Russia by abstaining from the vote, while former rival Pakistan voted in support of Moscow’s measure and confirmed that the fast-moving rapprochement between the two sides has indeed borne tangible political fruits.

The US worked for years to catalyze this grand scenario out of the expectation that it would most effectively lead to the “containment” of China, but it might ultimately come to regret what it started if Russia and Pakistan take the lead in “circling the wagons” and forming the basis for the Golden Ring multipolar Great Power partnership in Eurasia.

Contrarily, India’s newfound approach – which was proudly described by former Foreign Secretary KanwalSibal as “the right position” because “India has played it safe” – shows just how much relations between the two Great Powers have cooled ever since New Delhi’s military-strategic pivot to Washington following the summer 2016 LEMOA deal. For all intents and purposes, the US and Russia are in the process of “swapping allies” in South Asia in the New Cold War just like they did between themselves with Ethiopia and Somalia in the Horn of Africa during the Old Cold War, and this geostrategic reversal will very likely take on military dimensions in the coming future as both “camps” reposition themselves accordingly.

According to news reportsthat widely circulated in the Indian press over the past week,the two “brotherly” states were supposed to sign their long-awaited deal on the S-400s during Defense Minister Nirmala Sitharaman’scurrent visit to Moscow, but thisdidn’t happen and is now supposedly delayed until October. It can’t be known for sure why the “highly informed sources” who “leaked” this presumably “classified information” turned out to be dead wrong and “inadvertently” (?) humiliated their media partners by making them the disseminators of what ended up becoming actual “fake news”, but it can’t be discounted that heavy American pressure on its new Indian proxy state might have played the chief role in why this happened.

The US is threatening to sanction any country that buys Russia’s S-400s and other military systems, and while there are now a bunch of reports alleging that India won’t succumb to this pressure and will go forward with the deal anyways, these “sources” might also turn out to be just as wrong as the ones who said that India would sign the agreement earlier this week in Moscow. America is relying on the sanction threat to coerce India to forgo other forms of military cooperation with Russia too, eagerly eying a prospective multibillion-dollar deal for providing the country’s fifth-generation warfighters that could possibly come to pass if Washington succeeds in getting New Delhi to reject whatever competitive counteroffers Moscow might make.

It should be self-evident to any objective observer that Russian-Pakistani military ties are flourishing precisely at the moment that Russian-Indian ones are at the risk of floundering, with it being possible to suggest that Moscow might be seeking to replace New Delhi with Islamabad as it “swaps allies” with Washington in South Asia.

In light of India’s symbolic abstention from the OPCW vote, the argument can be made that it might not have the political will to risk US sanctions in the event that it did indeed purchase Russia’s S-400s if it won’t even defy its new military-strategic partner in this international forum. As the popular saying goes, “when one door closes, another opens”, and it’s with this in mind that one should approach the growing closeness in Russian-Pakistani military relations as both sides move further down the path towards a strategic partnership, especially considering what Pakistani Defense Minister Khurram Dastgir Khan revealed during his exclusive interview to Sputnik.

Because of the profound importance of what he said, his relevant comments are republished below:

Beyond any doubt, it should be self-evident to any objective observer that Russian-Pakistani military ties are flourishing precisely at the moment that Russian-Indian ones are at the risk of floundering, with it being possible to suggest that Moscow might be seeking to replace New Delhi with Islamabad as it “swaps allies” with Washington in South Asia. It should be said, however, that Russia wasn’t the initiator of this game-changing regional dynamic, but that everything was set into motion by the US after it succeeded in wooing India to its side as Washington’s intended Asian Great Power “counterweight” to China, and that Moscow sincerely hopes to retain and even expand its historical military relationship with New Delhi.

There’s no contradiction either between theoretically supplying arms to regional rivals India and Pakistan because this actually embodies the very essence of Russia’s “military diplomacy”, which can be simplified as its efforts to maintain a peaceful “balance of power” between competing sides in any given conflict in order to neutralize Washington’s plans for tipping the scales in favor of its preferred partner. After all, Russia’s envisioned geostrategic role in the 21st century is to become the supreme “balancing” force in the Eurasian supercontinent, so there’s a guiding logic behind Moscow wanting to deepen its influence in South Asia by actively upholding the military parity between New Delhi and Islamabad.

Read more: Russia and US reminiscing the Cold War

Should this peacemaking policy fail, then Russia hopes to eventually (key word) replace India with Pakistan as its main partner, though with the crucial caveat being that this would indeed be a prolonged process because neither of these armed forces can immediately switch between using Russian and American weapons even if they wanted to because such transitions take a lot of time. In addition, India is looking for what it believes can be a “publicly plausible” “face-saving” “excuse” for speeding up its unprecedented military-strategic partnership with the US and rapidly disengaging from its erstwhile dependency in this regard on Russia, to which end its Mainstream Media and BJP-linked trolls will probably exploit the narrative that Moscow has “betrayed” them by selling arms to Islamabad.

In light of India’s symbolic abstention from the OPCW vote, the argument can be made that it might not have the political will to risk US sanctions in the event that it did indeed purchase Russia’s S-400s if it won’t even defy its new military-strategic partner in this international forum.

There’s absolutely no truth to this Bollywood-like fiction but that doesn’t matter to the masses that could be targeted by this potential psy-op, just like it’s not important that the Skripal scandal is really just a chemical weapons false flag, because both weaponized Hybrid War narratives are designed to serve as clumsily constructed pretexts and nothing more. Russia’s expanding multidimensional partnership with Pakistan isn’t aimed at any third party but is predicated on preserving regional peace and assisting South Asia’s incorporation into the emerging Multipolar World Order, whereas India’s so-called “multi-alignment” strategy is really just an insincere euphemism for disguising its pro-American pivot.

Pakistani Defense Minister Dastgir’s interview can be interpreted as hinting (key word) that talks might be underway over the sale of Russia’s S-400s to his country, which might be all that India needs to go forward with its preplanned infowar operation against Russia in “justifying” its reticence to cut more big-ticket military deals without admitting that it pivoted to the US and is afraid of American sanctions. Pakistan certainly isn’t fearful of the US and proved as much by voting with Russia in the OPCW, but India definitely is and that’s why it didn’t dare to openly defy America, hence its timid response in abstaining and de-facto contributing to the failure of Russia’s diplomatic effort despite Moscow’s general rhetoric to the contrary.

The OPCW episode therefore confirmed that the New Cold War geopolitics of South Asia are the total opposite of what they were in the Old Cold War, and it hints that far-reaching changes might yet be in store for the region if India submits to the US’ sanctions pressure by forgoing its planned S-400 deal with Russia. In response to India making any unfriendly American-influenced moves against Russia that signify its leadership’s lack of interest in Moscow’s multipolar “balancing” strategy, Russia is likely to accelerate its already rapid full-spectrum rapprochement with Pakistan and pay particular attention to enhancing military ties with it.

This in turn would probably set off a new phase of the long-standing “security dilemma” in South Asia as the region’s two most powerful and nuclear-armed states signal that they’ve both made the decision to “switch sides” vis-à-vis the US and Russia, thereby setting into motion an extended process that might eventually prove to be irreversible after having passed this significant threshold. The US worked for years to catalyze this grand scenario out of the expectation that it would most effectively lead to the “containment” of China, but it might ultimately come to regret what it started if Russia and Pakistan take the lead in “circling the wagons” and forming the basis for the Golden Ring multipolar Great Power partnership in Eurasia.

Merger of FATA: to be or not to be?