Scores of native Afghans fled their native country and took refuge in Pakistan after Sardar Dawood Khan overthrew the monarchy in 1973 and became the unchallengeable President of Afghanistan. Their number soured to almost 4 million in Pakistan after the Soviet invasion of 1979. They have contributed positively to boost the economic well-being of Pakistan. After four decades of hosting, the process of shifting them to their own country has started. Majority of them have been repatriated in this way, however; given the absence of any crisis during their stay as well as their immense contribution in the economic prosperity of our country, the Govt of Pakistan should consider granting nationality to those who opt to stay here and should deal with them amicably. 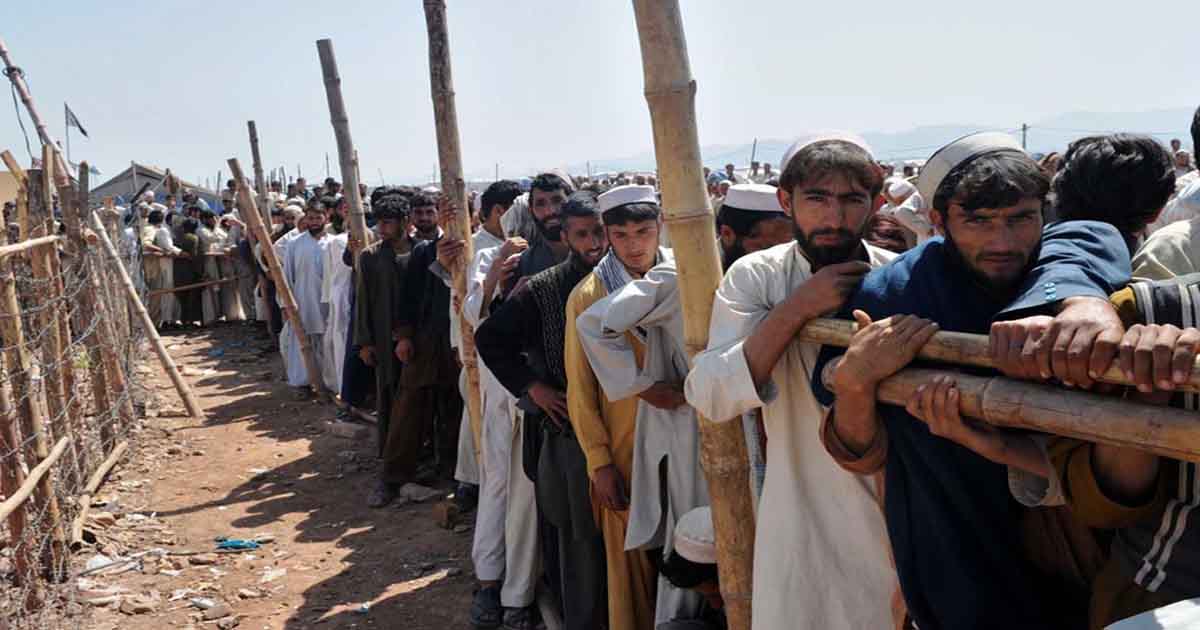 This year, Afghan refugees are completing 40 years of their stay in Pakistan. The UN Secretary-General is visiting Pakistan to participate in a conference in Islamabad to commemorate the historic event of their arrival.

The settlement of Afghan refugees in Pakistan was a phenomenal development linked with the historic evolution of a rapidly changing and deteriorating political situation.

Beginning of the Crisis and its Aftershocks

The first batch of political dissidents numbering just a few hundred crossed over into Pakistan after Sardar Dawood overthrew the monarchy in 1973 and installed himself as the President of a ‘Republic.’ In April 1978, Dawood’s government was toppled in a bloody coup and the communist party took control of the country. More Afghans, this time in the thousands, began to arrive and seek shelter in Pakistan.

As resistance grew against the leftist regime, there was political uncertainty. In December 1979, the Soviet Union invaded Afghanistan in what is known as the Christmas eve invasion. Now there was a deluge. Afghans from all corners of the country began to leave their homes and enter Pakistan from north to south of the border. They were pouring into Pakistan from all directions –into Chitral, Dir, Bajaur, Mohmand, Khyber, Kurram, Waziristan, Zhob, Chaman. They came with virtually no belongings except their clothes. There were men, women, children, ailing and sick and all badly in need of shelter, food, and immediate relief.

Pakistan was not prepared for such a huge Afghan exodus and there was no physical or administrative infrastructure to cope with hundreds of thousands of people seeking desperate assistance. Still, the nation responded gallantly. There was a spontaneous pledge to extend all possible humanitarian assistance to people who fled their country to safeguard their faith, honor, dignity, and liberty. The people of Pakistan, particularly those in Khyber Pukhtunkhwa and Balochistan, came forward to offer their lands free of cost to the refugees for settlement.

Read more: Another flood of refugees coming toward Pakistan in case of U.S withdrawal from Afghanistan?

This was a great relief to the government. Soon, refugee commission rates were set up in the two border provinces where the bulk of Afghan refugees were being settled. The Commissionerates began the arduous task of establishing camps all over the two provinces. The registration process began. Employees were given short training courses. The delivery of assistance began. Wheat, edible oil, tea, dry milk, and tents were delivered to each and every family at their doorsteps in an orderly and documented manner.

Treatment of Afghans by the people and Govt of Pakistan

Soon the UNHCR and the WFP joined hands and took responsibility for what would be a historic and unprecedented relief and rehabilitation program for an uprooted population that, at its peak, was 3.2 million people. The NGOs followed.

The Kingdom of Saudi Arabia was most conspicuous by donating not only funds but also helping in the rehabilitation of the sick and needy. Many Saudi NGOs set up relief centers, hospitals, and training centers to help refugees. Together with the UN system, a large number of NGOs drawn from all parts of the world created a very ambitious program. This included digging tube-wells and launching water supply schemes, drainage, and sewage, schools, hospitals, skill development centers, etc. Thus began a relief program that nearly catered to all the conceivable needs of a vast and displaced community.

More than two million Afghans have voluntarily repatriated. Hopefully, others will follow when peace finally returns to their war-shattered country.

The Afghan refugees’ relief and assistance program has now gone on for four decades. What has it delivered? It has successfully met all the basic needs of a vast multitude of homeless people –basic food needs, houses, water, schools, kerosene oil, health care and human resource development in the shape of skill development centers. The program has been a remarkable success because the locals and refugees have learned to coexist peacefully alongside each other.

Never in the last 40 years have the locals protested against the presence of refugees on their lands. Never has there been any confrontation between the two communities. Never has any crisis been generated because of the settlement of Afghan refugees on Pakistani soil.

The refugees have contributed to the local economy in many different ways– in the construction industry, agriculture, hotels, and restaurants, in bee-keeping, as farm labor, and in the transport sector. They have now become largely self-supporting and are no longer a burden on the host government. Theirs is a story of locals showing generosity and tolerance and the refugees responding by helping to contribute positively to the growth of local economies.

Accepting Afghan refugees on its soil and extending all possible humanitarian assistance was a glorious chapter in Pakistan’s otherwise troubled history. It was indeed Pakistan’s finest hour.

More than two million Afghans have voluntarily repatriated. Hopefully, others will follow when peace finally returns to their war-shattered country. In the meantime, Islamabad must consider granting nationality to those who opt to stay here even after reconciliation and peace. Forcible repatriation is not an option. It is neither allowed under international law nor justified on humanitarian grounds as long as the conflict rages.

Hopefully, soon there will be a breakthrough in peace negotiations between the resistance and the US, and pave the way for meaningful intra-Afghan dialogue– eventually delivering peace, progress, and prosperity.

Rustam Shah Mohmand is a specialist of Afghanistan and Central Asian Affairs. He has served as Pakistan’s ambassador to Afghanistan and also held position of Chief Commissioner Refugees for a decade.