Pakistani Religious Zealots’ obsession with Ahmadis: a non-issue in 2020

Writer, a Pakistani law student, from the University of Maryland, United States argues that if Jacquline Kennedy were to fly PIA today she would not make her famous statement: "Great people to fly with" - because the country has been hijacked by religious zealots disconnected with realities of the world around them. 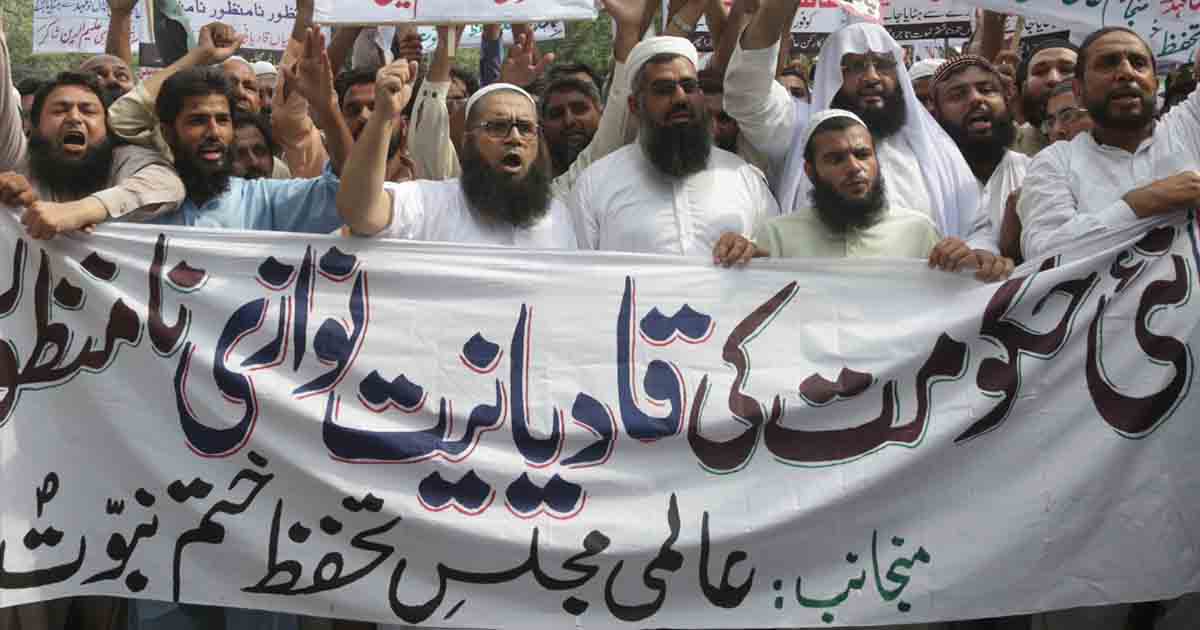 If Jacqueline Kennedy was travelling on Pakistan International Airlines today, as she did in 1962, she most certainly would not have ended her trip with the following five words: “Great people to fly with.”

As harsh as this may sound, the truth of the matter is that Pakistan, a nation that was once considered a staunch ally of democracy, has been swallowed up by orthodox men who, if given the challenge, cannot even locate Mecca on a world map. Yet, they have made it their life’s expedition to be “ambassadors” of Islam by tyrannizing Ahmadis, a people whose only transgression in life is to quietly practice religion in the manner they see fit.

Read more: Why did PTI fail to include Ahmadis in the National Commission for Minorities?

Recently, after much outcry from clerics, a decision was made to not include a representative of the Ahmaddiya community in the country’s minority commission. In defence, these clerics argue that such a decision was warranted to protect the honour and finality of Prophet Muhammad (PBUH). However, theological differences aside, someone should ask these men––or these zealots as I like to call them––one fundamental question: how does a small group practising its faith harm the morale of the nation?

Whether or not Ahmadis attach the label “Muslim” to their identity should be irrelevant in Pakistan in 2020; it is, simply put, a non-issue. Instead, the ultra-conservative circle of Pakistan should divert its energy on matters that are affecting the lives of millions of Pakistanis. For example, it has been empirically documented for years that milk sold to local populations is adulterated with harmful chemicals and aflatoxins. When was the last time these clerics protested on the streets and television programs days on end about this abhorrent practice? While an Ahmadi professing his faith has not harmed a single living soul, adulterated milk poisons the bodies of millions of children.

Pakistan’s Religious Affairs Minister says no Ahmadi will be allowed to participate in a commission for minorities’ rights https://t.co/eoLKe6qEbY pic.twitter.com/ULjSI4QcCg

How about the fact that in 2010, according to a survey conducted by the United Nations Development Programme, the cost of petty bribery in Pakistan was estimated to be around Rs. 223 billion. According to this same survey, Pakistanis viewed police as the most corrupt sector of the country. It has been ten years since this report was issued, but when was the last time these clerics exerted their zeal and took to the streets to demand a “clean” law enforcement and fairness in criminal investigations?

Hypocrisy at its best

The only times Pakistani orthodox clerics ever vandalize public property or participate in protests are either when their self-interests have not been served or because they are aligned with a specific political party.

Returning to the issue of Ahmadis, I urge journalists to ask these zealots one simple question: if Ahmadis do not constitute a “minority,” then what are they? Why is it that these men, who so vociferously oppose giving even basic fundamental rights to a small group, are the first ones to cry about fairness when Western politicians talk about banning the burka?

A plausible argument could be made that the symbol of a burka stands against the basic values of a secular republic (though I do not support this argument, as a woman is the sole decider about what she puts on her body). Yet, these orthodox men expect the West to accommodate their religious beliefs when they, themselves, have refused to do the same with minorities in their homeland.

Read more: The gateway to peace: Kartarpur serves as more than just a symbol

It is high time that the Pakistani orthodox club gets over its obsession with Ahmadis and divert its attention on issues that matter. As a start, putting an end to hypocrisy would be great!

Noor F. Amin is a Pakistani-American, currently a third-year law student at the University of Maryland School of Law. He has a B.A. in Political Science. He can be reached on Twitter @noorfamin. The views expressed in this article are the author’s own and do not necessarily reflect the editorial policy of Global Village Space.

How clinical Pakistan knocked an in-form English side out of the Champions Trophy!

Should SC have intervened in General Bajwa’s extension matter?

A glimpse of the past: Was Pakistan ready to respond to India’s overt nuclearization?