Opinion: World remains divided because of our inherited belief systems!

Our world remains divided because we tend to focus more on different inherited belief structures - Islam, Christianity and Hinduism - than present-day realities. Until and unless we move forward and realize that certain traditions and practices are no longer essential to being a morally good person, this cycle of warfare and infighting will continue. Very Well Written analysis by a Pakistani law student from University of Maryland, United States. 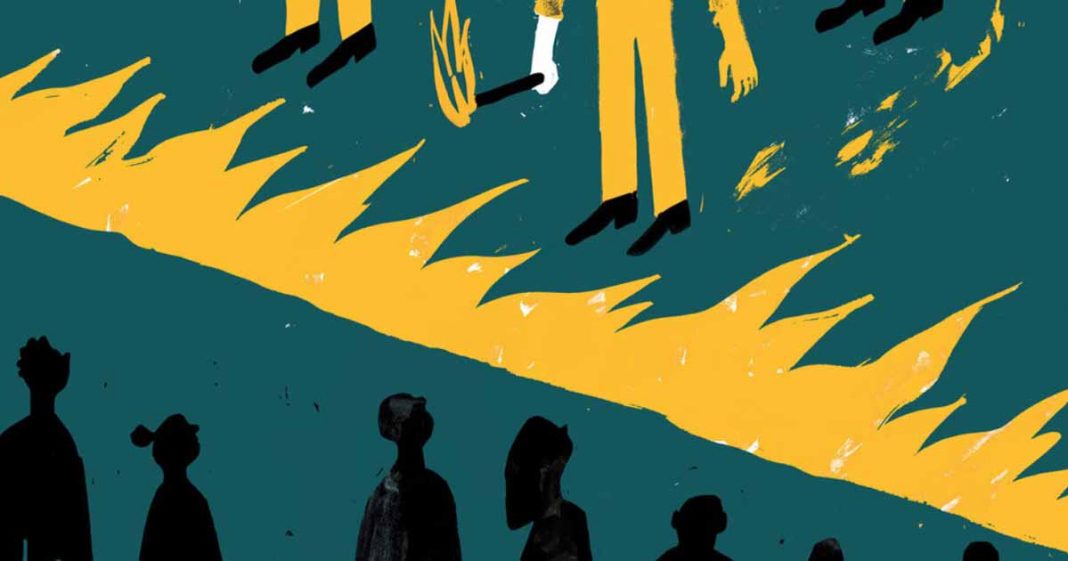 Most people, without batting an eye, proudly follow their unique cultural rituals, norms and traditions, which, to say the least, are nothing more than products of absolute chance.

Being born in a certain community, at a certain time, is the result of an accident of birth is a fact that one cannot, in his or her right mind, plausibly deny. You had as much of a chance of being born in the slums of Kolkata than you did of being born to a middle-class suburban family. And, so it follows, if I may openly state, that feeling superior because of an identity that is purely the result of conception in a certain town is not only amateurish but a fool’s errand.

We have all spent the better half of our lives trying to figure out what exactly causes people around the world to remain divided. Why, pundits and commentators routinely ask, can we not stop waging endless wars and challenging each other’s legitimacy to be our neighbour? The answer to these questions lies in the simple fact that we have not allowed ourselves to evolve and move traditions that are no longer valid—if they ever were—in a functioning civil society.

We are generally critical of one another because we have not made an honest effort to put an end to instilling archaic values and ideas in our children. Rather than promoting practices and ethical rules that have practical value in our day to day lives—such as evaluating others simply based on how they behave in society and respond to their societal obligations—we have chosen to perpetuate norms that are not even remotely parallel to commonsense. Such norms are the reason why we find a world suffering from divisiveness.

A judgemental attitude results in people, especially children, withdrawing from those who do not conform to the same set of out-dated, and indeed fruitless, ideas. Division, then, is the only outcome.

When you want to make the world a better place you must engage in conversations that are challenging and stretch you. Some days though, I feel exhausted by the divisiveness I see unfolding. Too many are concerned about perceived personal loss and not on the good of the many.— Nicole Spriet (@NicoleSpriet) May 2, 2020

1) “Dietary restrictions” are based simply on a ritualistic belief system. An example would be, telling a child as he is growing up that a certain kind of meat should not be eaten because the animal to which it belongs to was either not slaughtered the “correct” way or that the animal itself is forbidden. This “norm” continues to be passed down by people, albeit being educated, even though the way a meat is cut has no bearing on its nutritional value; the type of animal that is consumed is also of little importance, unless, of course, the reasons are strictly health-related.

Once a child adopts this unalterable norm, he then sees others who do not conform to his practice as not wholly “noble” and even, in some cases, worthy of condemnation. Hence, inflexible norms add to divisiveness in the world. India is a prime example of this, where Hindu mobs regularly attack local Muslim communities that consume beef or trade cows.

2) Teaching a child the moment he starts talking that “questioning certain ‘sacred’ rules or challenging certain historical events is not only unacceptable but also morally repulsive.” Possessing such a framework of thinking makes a child a victim of cognitive dissonance, causing him to immediately reject new ideas—regardless of how rationally sound they are—for the simple fact that they contradict his preconceived “ultimate truths.”

Even worse, the restricted framework of thinking follows the child well into adulthood and pushes him to withdraw from his more open-minded peers, who dare to challenge his profoundly held convictions. In the ultimate worst-case scenario, such a way of thinking often causes a person to resort to violence. The conflicts in North Africa and the Middle East are prime examples. The divisiveness between Shia and Sunni Muslims prevailing in the world and prosecutions of those who adhere to secular moral values/norms are commonplace in these regions.

The act of feeding a poor person is merely a selfish act, carried out for the sole purpose of remedying a “wrong.” Such fear is overbearing to the point of controlling a person’s ability to think freely and independently. But then again, it is this same fear of divine retribution that causes fundamentalist followers to blindly commit traumatizing acts for the sake of the “greater good.” In this case, Pakistan is a perfect example, where the slightest suggestion of taking the country’s infamous blasphemy law off the books, or not even enforcing it as demanded, causes violent protests.

In the end, the reason why our world is in divisiveness is that we tend to focus more on their different inherited belief structures than present-day realities. Until and unless we move forward and realize that certain traditions and practices are no longer essential to being a morally good person, this cycle of warfare and infighting will continue. It is high time we realize that the fault of our divisiveness lies within us.

Noor F. Amin is a Pakistani-American, currently a third-year law student at the University of Maryland School of Law. He can be reached on Twitter @noorfamin. The views expressed in this article are the author’s own and do not necessarily reflect the editorial policy of Global Village Space.