Opposition calls for a joint response to Trump allegations 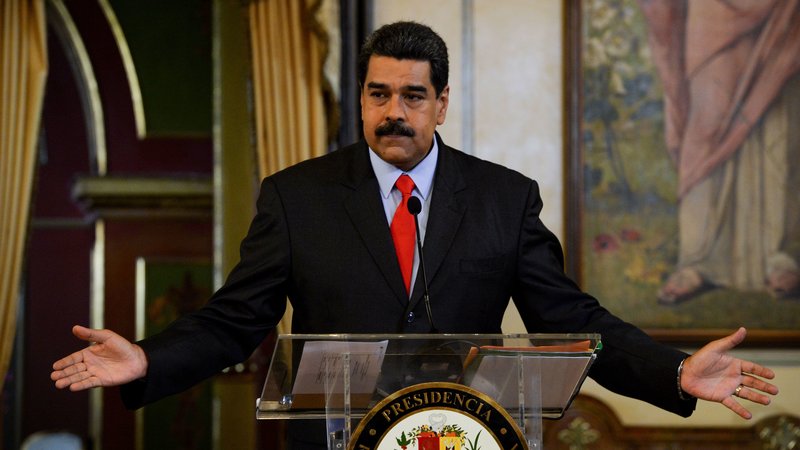 Opposition parties reacted strongly towards the allegations of US President Donald Trump against Pakistan. They are demanding a review of Pak-US relations in the light of the Trump accusations. Opposition leader, Khursheed Shah, demanded the government in the national assembly to hold a joint session of Parliament to give a strong and unified response against the allegations.

He said that the losses suffered by Pakistan in the US war in Afghanistan are beyond compensation. Shah also stated that Mr. Trump’s remarks show his immaturity and narrow mindedness, the whole nation should stand together to foil any designs against Pakistan. He blamed the government for our blunders in the foreign policy because Pakistan had no full-fledged foreign minister for 4 years.

Pakistan Tehreek-i-Insaf (PTI) Imran Khan also responded strongly to the accusations. He called Mr. Trump ignorant of basic facts of the war in Afghanistan. He said that Pakistan suffered huge economic and human losses in the US war on terror. Khan exclaimed that Pakistan lost 70,000 lives in the war against terror and Mr. Trump’s tweet should serve as a lesson that Pakistan should never start a war for another country, no matter how much aid they offer.

From the start I had opposed Pak becoming part of US-led so-called "War on Terror". Now, after suffering 70k dead, over $100 bn loss to economy, when we had nothing to do with 9/11, constant " do more" US taunts & after nation has been humiliated by Trump, GoP saying the same.

Jamat-i-Islami (JI) leader Sirajul Haq urged the government to frame a new foreign policy that would safeguard Pakistan’s national interests. He also reiterated the demand to call a joint session of the parliament for a unified response. Emphasizing that Pakistan is a sovereign nation who would yield to no one, he said that Pakistani armed forces and civilians suffered immense losses in the US war.

United States (US) President started his new year by accusing Pakistan of cheating the US and getting funds from them by lying and deceit. His allegations sparked a huge debate in Pakistan about Pak-US relationship and started a diplomatic crisis between the two nations.

The United States has foolishly given Pakistan more than 33 billion dollars in aid over the last 15 years, and they have given us nothing but lies & deceit, thinking of our leaders as fools. They give safe haven to the terrorists we hunt in Afghanistan, with little help. No more!

The accusations by US President are not based on fact; Pakistan suffered losses of more than 123 billion dollars in US war on terror according to the Economic Survey of Pakistan 2016-2017. It is thrice the amount that US allegedly gave us as funds according to Mr. Trump’s tweet. The foreign minister of Pakistan Khawaja Asif challenged the US government to send their auditors and estimate the losses themselves.

Pakistan knows that the tweet does not reflect any ground realities and that the future of Pakistan-US relations cannot be decided based on a tweet.

Mr. Trump also accused Pakistan of ‘lies and deceit’ and ever since coming into power, he has taken a hard stance against Pakistan. In August 2017, he said that Pakistan is not fulfilling its obligations and it needs to ‘do more’. A National Security Committee (NSC) was called on Tuesday in the light of Mr. Trump’s tweet.

The participants expressed ‘deep disappointment’ over the allegations and said that Pakistan’s sacrifices in the war against terror cannot be trivialized and measured in monetary terms like this. The committee decided that Pakistan can’t be held responsible for the US failure in Afghanistan. The problem lies with the gross incompetency of the Afghan government, their corruption and expansion of ungoverned spaces inside Afghanistan.

The foreign minister of Pakistan Khawaja Asif challenged the US government to send their auditors and estimate the losses themselves.

The Pakistani response to the allegations has been very measured; no rash steps were taken in light of the tweet. Pakistan knows that the tweet does not reflect any ground realities and that the future of Pakistan-US relations cannot be decided based on a tweet. Currently, 16000 US troops are stationed in Afghanistan and a few thousand among them were sent by Mr. Trump himself.

He seems to be using an international issue to gain domestic favors among his isolationist political base. Any disturbance in Afghanistan reflects badly on his presidency and to gain support, he needs to find a solution to the Afghan problem.

The decision to call a joint session of Parliament by the opposition is a very logical one. Cutting off diplomatic relations with the US is not in favor of any parties. Pakistan needs to get the US out of the quagmire of Afghanistan, the sooner they get out of it, the sooner they stop their rants of ‘do more’.

APC in Lahore: What will it achieve against the Sharif Family?

Afghanistan – A view from Pakistan

Sharifs Appear in Accountability court after yesterdays boost in the Assembly