Reports circulating since last week indicate that the opposition is attempting to mount up pressure on the National Assembly Speaker, Asad Qaiser, to issue the production orders of arrested lawmakers. The production orders for Asif Ali Zardari, Shahid Khaqan Abbasi and Khawaja Saad Rafiq have been released. 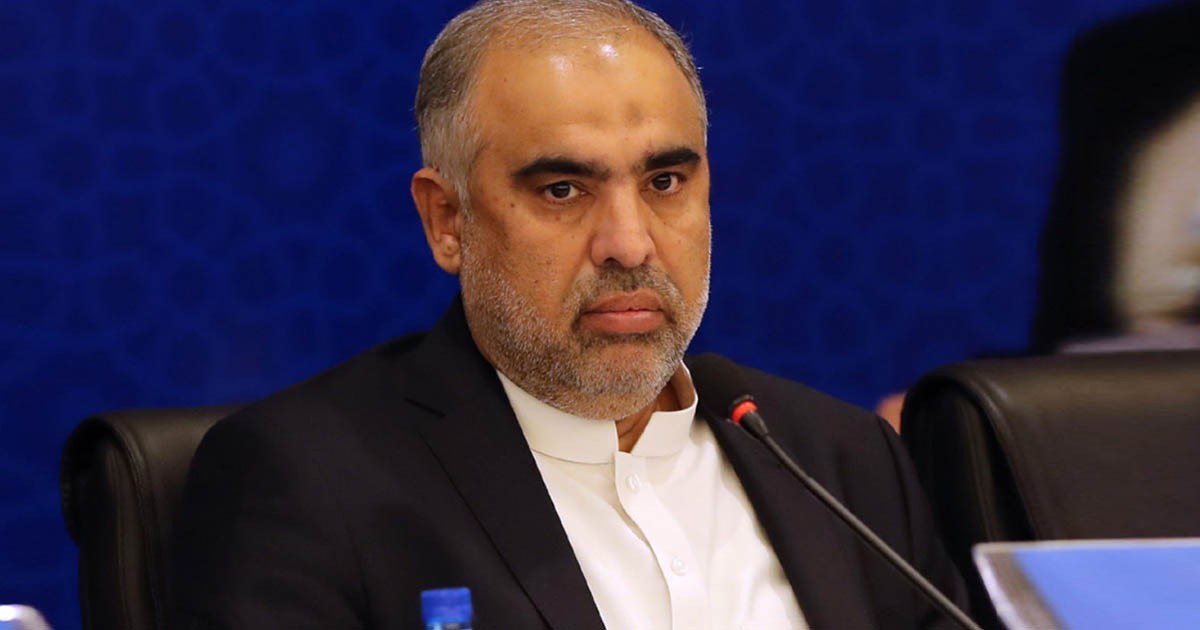 The three opposition leaders had been arrested by the National Accountability Bureau (NAB) in individual cases of corruption and wealth plundering. The opposition is now pressurizing the NA Speaker to issue production orders for PLM-N leader Rana Sanaullah, and the MNAs from Waziristan, Ali Wazir and Mohsin Dawar.

Naveed Qamar launched a tirade of criticism directed at the speaker for not issuing the production orders of the arrest lawmakers, which angered Deputy Speaker Qasim Suri, who was presiding over the session.

Reports circulating across media platforms indicate that the opposition is formulating a strategy to exert pressure on the National Assembly Speaker and coerce him into issuing the production orders for the arrested lawmakers.

The opposition maintains that its members have addressed the National Assembly platform for the past few weeks, raising the issue in nearly every assembly session. However, now the opposition intends to deploy more forceful methods.

On Sunday, PPP MNA and Information Secretary Dr. Nafisa Shah noted that the NA Speaker is not issuing production orders of the arrested lawmakers due to “mal-intentions” and added that this rejection is a blatant insult to his own position.

Dr. Nafisa Shah said, “The selected Prime Minister lacks the courage to face Asif Ali Zardari.” She noted that a production order is not a concession, but rather, a democratic right of every member of the National Assembly. Criticizing the PTI-led government’s performance in the National Assembly, she noted that the “selected government” does not encourage parliamentary debate or discussion.

Dr. Shah accused the federal and state ministers of “misbehaving” whenever the opposition attempts to raise issues faced by the general public.

Throughout their press statements and addresses, the leaders of the opposition have been accusing NA Speaker Asad Qaiser of acting upon the orders of Prime Minister Imran Khan and denying the issuance of production orders for the arrested legislators.

Addressing the National Assembly session on Thursday, PPP leader Syed Naveed Qamar raised the issue of production orders and noted that this is the first instance in the history of parliament that six MNAs have been arrested during the same time period.

Naveed Qamar launched a tirade of criticism directed at the speaker for not issuing the production orders of the arrest lawmakers, which angered Deputy Speaker Qasim Suri, who was presiding over the session. Deputy Speaker Suri even directed the management to switch off Naveed Qamar’s mic.

Qamar claimed that the NA Speaker does not have the authority to cancel meetings of the Standing Committees, especially when these meetings are called by the Committee Chairmen.

Speaking to the media, Naveed Qamar later claimed that the NA Speaker had issued the production orders of four MNAs, including Asif Ali Zardari on late Friday afternoon, to allow them to be present for the Monday session. However, these orders were withheld for unspecified reasons.

Disruption in the NA

Naveed Qamar noted that the opposition has the power to completely disrupt the National Assembly and its sessions, however, it also seeks to use the platform to address crucial issues and challenges faced by the people of Pakistan, especially the PTI-led government’s decision to further increase the prices of petrol.

Qamar noted that widespread inflation, media scrutiny and lack of press freedom are other pressing issues that the opposition seeks to address during National Assembly sessions, however, it is evident that the government does seek to operate the parliament. The PPP leader lamented that such restrictions and denial of parliamentary and democratic rights was not even witnessed during the military rule of Gen Pervez Musharraf.

Naveed Qamar criticized the proceedings of the National Assembly and lamented that the assembly is not functioning adequate. He also criticized the NA Speaker for cancelling the scheduled meetings of the standing committees. Qamar noted that in his capacity as the Chairman of the Standing Committee on Commerce, he attempted to schedule a meeting of the committee, but it was cancelled by the orders of the Speaker twice.

Qamar claimed that the NA Speaker does not have the authority to cancel meetings of the Standing Committees, especially when these meetings are called by the Committee Chairmen.

Previous articleLockdown in Heaven: Kashmir’s cry for help
Next articlePakistan stands united in the face of India’s forced inclusion in Kashmir

25 September 2021
Previous articleLockdown in Heaven: Kashmir’s cry for help
Next articlePakistan stands united in the face of India’s forced inclusion in Kashmir

The sole reason behind the downfall of the USA

Pakistanis are crying because of rising inflation , Nawaz Sharif

Will NAB be able to defend cases against Zardari & Sharif?

Why is the timing of Bilawal’s press conference important?