Punjab Chief Minister Usman Buzdar noted that the opposition’s movement to de-seat Senate Chairman Sadiq Sanjrani is bound to backfire. He noted that the PTI-led government stands firmly in his support, and on Sunday, the MQM leadership also expressed full-confidence in Mr. Sanjrani. 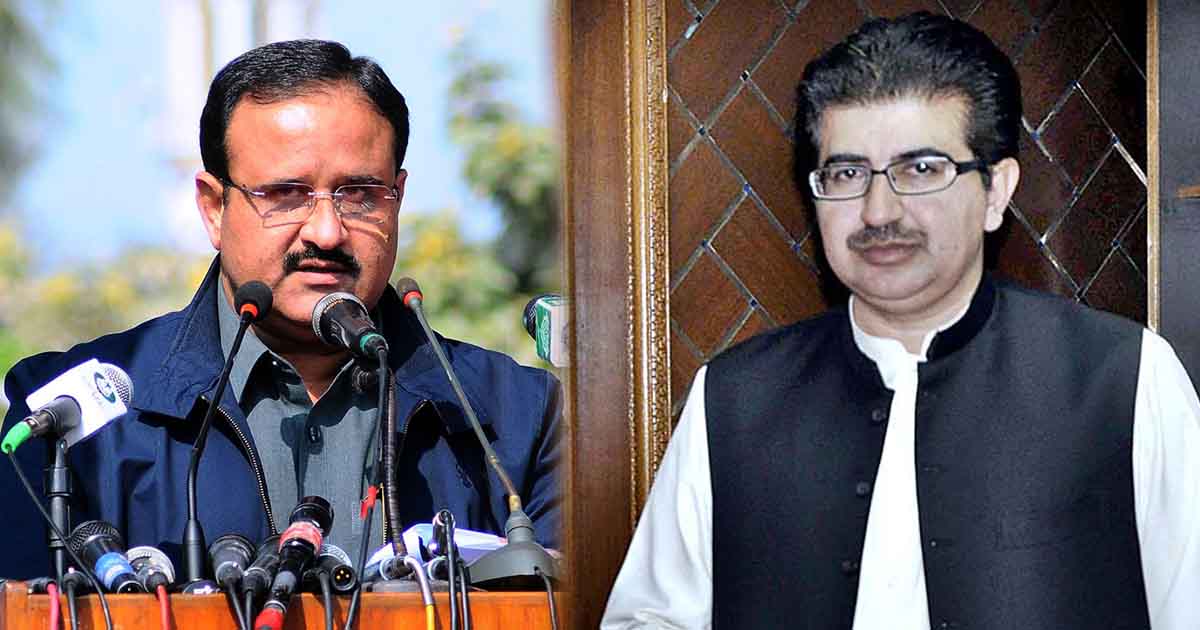 Addressing the press in Lahore on Sunday, Usman Buzdar noted that the politics of the opposition revolves around creating chaos and mayhem, and their negative agendas are never in favor of the people. He stressed that the opposition parties are pursuing their own malignant agendas, and it is high time for them to reflect and fix their mistakes.

Criticizing the objectives of the opposition parties, Chief Minister Usman Buzdar remarked that it serves their personal interest to remove the Senate Chairman, but they neglect the fact that the entire country is well aware of their personal agendas.

Usman Buzdar added, that the entire nation is aware that Mr. Sadiq Sanjrani has been performing his duties with due consideration, and completely in line with democratic practices and parliamentary traditions.

Buzdar noted that Senate Chairman Sanjrani is supported by a majority of Senators within the House, and the opposition will realize its own failure by encouraging such a movement.

On Sunday, the Muttahida Qaumi Movement Pakistan (MQMP) also joined the PTI-led government and expressed full-confidence in Senate Chairman Sadiq Sanjrani. The party announced that it will not support the no-confidence motion filed by the opposition parties against Chairman Sanjrani in the Upper House.

Reports indicate that this decision was ushered in at a meeting of the MQMP’s coordination committee, convened by Dr. Khalid Maqbool Siddiqui. The MQM leadership convened at the meeting expressed full confidence in the abilities of Sadiq Sanjrani’s leadership of the Senate, and vowed to oppose the no-confidence motion at “every forum”.

The MQMP coordination committee has invited all “Haq Parast” (righteous) senators to Karachi, to devise a strategy to counter the no-confidence motion submitted against Senate Chairman Sanjrani. Currently, five senators from MQM are sitting on the treasury benches in the upper house as allies of the Pakistan Tehreek-e-Insaf’s coalition government.

He added, “Sadiq Sanjrani’s political party is an ally of PTI, and the ruling government will extend maximum support to him.”

The Rehbar Committee was convened to provide a resolution in the Senate, urging the removal of Chairman Sadiq Sanjrani, and opposition parties have put forward the name of Hasil Bizenjo as the new Senate Chairman.