ISLAMABAD: As Recep Tayyip Erdogan reached Pakistan on his two-day official visit, the interior ministry of Pakistan has informed the Turkish staff of Pak-Turk schools and colleges to leave the country by Nov 20. ZainulAbideen, media coordinator of Pak-Turk schools, told media outlets that there were 13 teaching faculty staff in the two branches in Peshawar who had applied for the annual renewal of their visa, but had been rejected. In October, the foreign affairs ministry had informed the Islamabad High Court that the government was not going to shut down the institutions and that it had not received any request from the Turkish government for the transfer of their management to a third party.

Backdoor talks between the Pakistani and Turkish governments has come to an accord that the control of overseeing of these schools will be transferred from the Pak-Turk Education Foundation, the current Gulen-owned administration, to the Turkish government’s subsidiary, Maarif Foundation, a government charity. 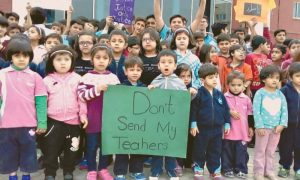 The question is why has Pakistan done this and on whose saying? What illegal action if any were these schools and administrations involved in Pakistan. Political and human right’s violations in Turkey are at an all time high in decades. After July’s failed coup attempt, Erdogan’s government has shut down more than 160 media outlets and arrested over 100 journalists. But that is just half the story. Away from shuttered news rooms and busy police stations, trolls have intensified a campaign to intimidate journalists online, hacking social media accounts, and threatening physical and sexual abuse, as well as orchestrating “virtual lynch mobs” of pro-government voices to silence criticism.

The Turkish government alleges that Fethullah Gulen, who lives in self-imposed exile in Pennsylvania, USA orchestrated the military coup attempt in July.  US has confirmed it has received a formal extradition request from Ankara for the Turkish cleric FethullahGulen, but not over the July coup attempt the Turkish authorities has accused Gulen of orchestrating. Turkey has submitted four extradition requests for Gulen which detail at length the formal charges against Gulen. The files include two arrest warrants issued by the 14th Central Criminal Court in Istanbul, another from Bursa’s 2nd Central Criminal Court and one from a magistrate judge at the request of Ankara’s chief prosecutor. The charges against Gulen include embezzlement, aggravated fraud, the forging of official documents and violations of the right to privacy. 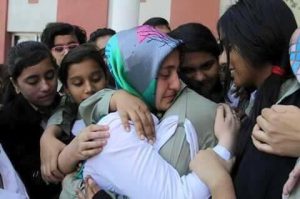 According to Turkish officials additional extradition request for Gulen based on the coup has not yet been submitted. Turkish officials said that Turkey would eventually file the request once the legal process in Turkey has been finalized.

There are 28 Pak-Turk schools in Pakistan, 108 Turkish citizens are working as teachers alone and in other capacities in Lahore, Rawalpindi, Islamabad, Multan, Karachi, Hyderabad, Khairpur, Jamshoro and Quetta. The total number of these teachers and their family members amounts to around 400. The schools have over 11,000 students, from pre-school to ‘A’ Level ages. The Pak-Turk International Schools and Colleges network has issued a clarification denying any political affiliation with the FethullahGulen- inspired Hizmet Movement.

“There are decades where nothing happens; and there are weeks where decades happen,” Lenin

It is very clear under Erdogan Turkish polity is going towards an authoritarian direction. But, what is surprising is Pakistan’s governments current actions. While previously they would only bow down to American administrations current actions against the Pak-Turks suggest that they have started bowing down to any government they consider their ‘friend’.

This is a disappointing trend that needs Pakistani civil society and foreign policy analysts to join hands to show the government that this is not acceptable direction for the country to move towards. On the Pak-Turk Schools case we look towards the courts to provide relief.

[The writer is Researcher and Program Coordinator at Governance and Policy Advisers, Islamabad. Can be reached at imran31255@hotmail.com and tweets @imrankhanniazai]