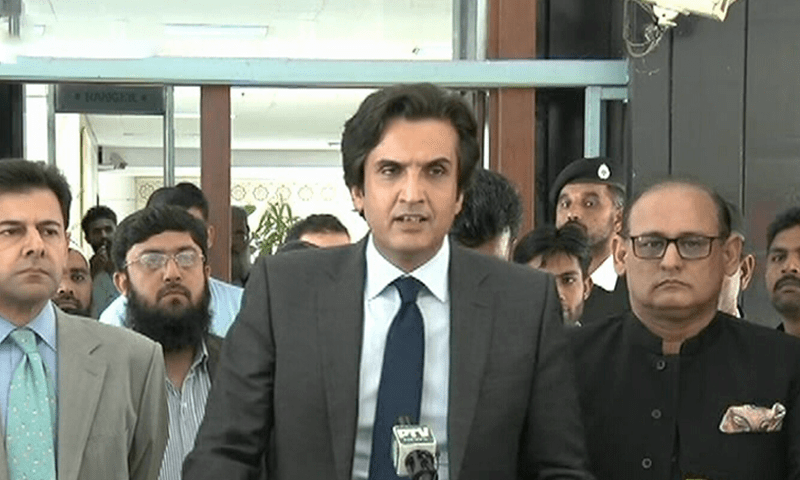 Islamabad: Chairman Pakistan Tehreek-i-Insaaf, Imran Khan, met on Saturday with Afghan ambassador Omar Zakhilwal at his residence in Bani Gala. Ambassador Zakhilwal expressed his concerns over the closure of Pakistan-Afghanistan border and said that Pakistan had not provided any proper justification.

He also made similar points during the ECO conference earlier this week and had asked Prime Minister Nawaz Sharif to open the border crossings. In the ECO meetings he said, “It will be the right message if Your Excellency instructs an immediate opening of our formal trade and transit routes between our two brotherly countries, Pakistan and Afghanistan. They have now been closed for about two weeks, without adequate reasons, causing enormous hardship to ordinary people and a lot of damage to traders on both sides.”

PTI chairman said that both countries need to sort out bilateral issues with negotiations; closing border isn’t a permanent solution and that Pakistan was losing its trade share in Afghanistan

Both leaders also exchanged views on Pak-Afghan relations and were in agreement that negotiations between the two countries should resume at the earliest.

In an earlier tweet, Imran Khan emphasized that those who have legal documents must be allowed to cross the border.

Those with valid travel documents & perishable goods should be allowed to cross border to mitigate suffering of ordinary ppl on both sides https://t.co/jEaanhIntb
— Imran Khan (@ImranKhanPTI) March 4, 2017

Pakistan and Afghanistan have fluctuating relationships, tension escalated after Bomb Blast in Pakistan’s province Sindh in Sehwan at a Dargah of Sufi saint: Lal Shahbaz Qalandar. Following the event, Pakistan sealed its border with Afghanistan considering that suicide bomber came from Afghanistan.

Pakistan handed over the list of 76 hardcore terrorists to Afghan authorities. Pakistan believes that masterminds behind the recent terrorist surge in the country are residing in ‘safe heavens’ in Afghanistan but Kabul government is reluctant to act against them.