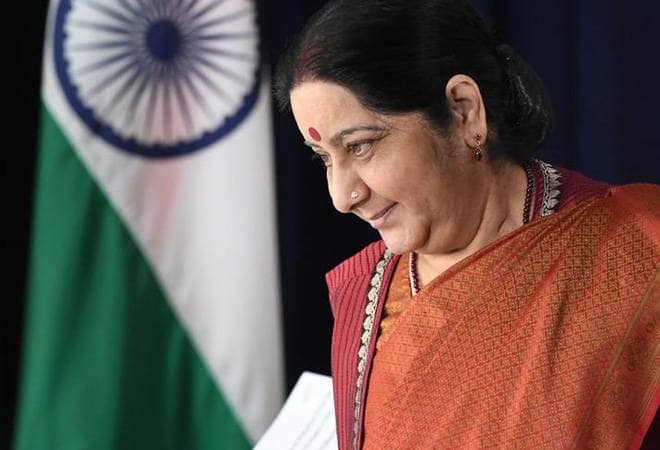 Foreign Minister of Pakistan, Shah Mehmood Qureshi has severely criticized India for its irresponsible attitude toward the South Asian Association of Regional Corporation (SAARC) as Indian Foreign Minister avoided him and left as the meeting was still under its way. “She spoke about regional cooperation but my question is, how will such mutual cooperation come about when the countries in the region are ready to sit down and you’re creating a barrier to these talks?” he asked.

He expressed dissatisfaction over the report presented by the SAARC secretary general as it showed no substantial progress which the organization aspires to achieve vis-à-vis regional cooperation in South Asia. “I am not hesitant to say that the attitude of one country is blocking the progress of SAARC, connectivity, and prosperity of this region and defying the spirit of SAARC,” Mr. Qureshi said.

India would want to divert the public attention, away from these scandals and economic growth which Modi promised but could not deliver, towards its favorite deflection, Pakistan.

The SAARC inter-ministerial conference on the sidelines of UN General Assembly session was underway when after making her speech, in which she spoke about terrorism being the existential threat for sustainable peace of South Asia, Sushma Suraj left early as she had other meetings scheduled concurrently, Indian media reported. “The number of threats and incidents that endanger South Asia are on the rise. Terrorism remains the single-largest threat to peace and stability in our region, and indeed in the world.

It is necessary that we eliminate the scourge of terrorism in all its forms, without any discrimination, and end the ecosystem of its support,” she said. The incumbent Prime Minister of Pakistan and his administration have stressed for peaceful coexistence with all the neighbors, especially India, from day one. A letter from PM Imran Khan was sent to his Indian counterpart stressing the need for dialogue process as the only way to move forward and resolve differences.

But after the initial encouraging reports, a statement from Indian Foreign Ministry shattered all hopes for the dialogue and peace process. Followed by the irresponsible statements from Indian Chief of Army staff, the general notion that India does not want to actively engage Pakistan for the purposeful dialogue prevails.

Why is India Shying away from meaningful Dialogue under the Pretext of Terrorism?

Pakistan has always put Kashmir as the top agenda whenever it has come to dialogue with India over the occupied valley. But since the Indian Supreme Court is yet to give its verdict over the Article 35A of Jammu and Kashmir constitution, which gives special autonomy to the state and inhibits the Permanent Resident status of Indians coming from other parts of the country, the Indian government might want to postpone the process till January 2019.

The Indian lack of seriousness and its propaganda need to be addressed and shown to the world which is the reason why Shah Mehmood Qureshi went on to say that ‘the attitude of one country is blocking the SAARC.’

If the Indian Supreme Court declares Article 35A null and void, it will resultantly convert Jammu and Kashmir into another state of India, with the plausible impact of demographic change in the long run. It would technically become India’s internal matter and India will vouch to keep it out of the agenda for dialogue. Therefore, it is highly likely that India is avoiding the peace process at this point in time.

Secondly, the current government of Narendra Modi is facing allegations of kickbacks worth thousands of crores in collusion with the Reliance group for the purchase of Rafale fighter jets from France. As the central elections are just around the corner, the Indian ruling elite would want to divert the public attention, away from these scandals and economic growth which Modi promised but could not deliver, towards its favorite deflection, Pakistan. There are warmongers in the cabinet of Indian government and the recent statements of Indian Army Chief show that the attitude is prevalent even at the highest level of defense professionals.

There is a pattern to Indian rhetoric which reaches to a new intensity whenever the General Assembly session is scheduled to happen. India has repeatedly spread the propaganda of Body Mutilation of its soldiers at LoC by BAT (Border Action Team), a mysterious unit of Pakistan Army which is never heard of before and is generally regarded as a fantasy created by the Indian media to feed the anti-Pakistan sentiments of its people.

The Indian attitude toward the peace proposals from Pakistan has led PM Imran Khan to use strong words in his tweet. The content of the tweet can be debatable but keeping his past in view, Prime Minister Imran Khan knows the importance of peace for both  countries. The Indian lack of seriousness and its rhetoric need to be addressed and shown to the world which is the reason why Shah Mehmood Qureshi went on to say that ‘the attitude of one country is blocking the SAARC.’

Are Parents Too Soft These Days?