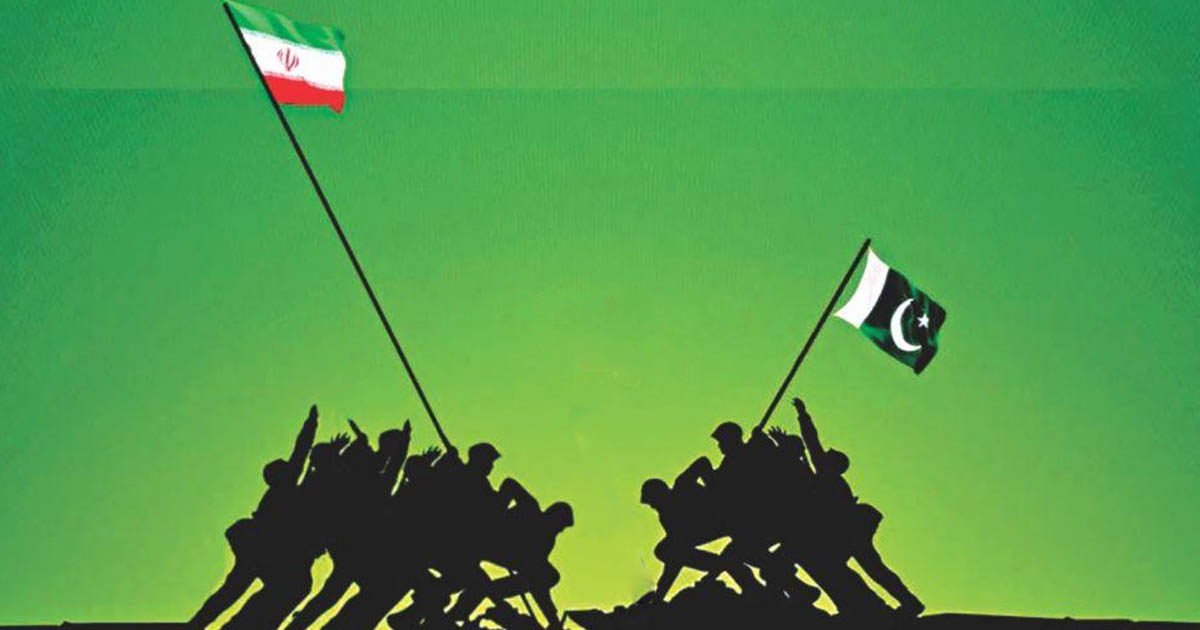 The Federal Minister for Maritime Affairs Ali Zaidi called out for exploring new strategies to sideline US sanctions and pave the way for the completion of the multibillion-dollar gas pipeline project with Iran. Addressing a seminar on ‘Pakistan-Iran Relation: Challenges and Prospects’, organized by the Islamabad Policy Institute in the context of Prime Minister Imran Khan visit to Iran, speakers agreed that Pakistan will not be supportive of any kind of aggression against Iran, and supported strengthened relations with the Muslim neighbor.

The seminar shed light on the emerging dynamics of Pak-Iran relations in the aftermath of PM Khan’s visit to Tehran, and it also discussed the situation created by US deployment of aircraft carriers in the Middle East. Federal Minister for Maritime Affairs Ali Zaidi was questioned on hostilities between Pakistan and Iran, and he firmly negated such notions, clarifying that there is no chance of Pakistan acting against Iran’s interests.

During his keynote speech, Minister Ali Zaidi outlined the success of Prime Minister Khan’s visit to Iran, regarding it as an opportunity that allowed the Iranian and Pakistani leadership to sit down and eliminate all miscommunications and misunderstandings. Ali Zaidi concluded his evaluation of PM Khan’s first visit to Tehran, “It was a very positive visit. Ice has been broken and foundation has been laid for better ties. We now have to build on it.”

Aizaz Chaudhry stressed that the two neighbors should have eliminate their border security challenges a long time again, for these challenges can be eliminated by increasing security dialogue and intelligence coordination.

Federal Minister Zaidi highlighted that despite US sanctions, many countries continue to trade with Iran, and therefore, Pakistan must keep its “interest supreme and explore ways for completing the pipeline”. Zaidi highlighted that lack of appropriate banking channels is the primary obstacle in developing economic ties and stated that the incumbent government is working on establishing a barter mechanism to strengthen bilateral trade.

Pak-Iran Relations: No Incompatibility of Interests

Chairman Senate Foreign Relations Committee Senator Mushahid Hussain, while addressing the seminar, stated that Pakistan and Iran have enjoyed close cultural and geographic ties, and they share mutual interests. He observed, “There is no incompatibility of interests on core issues”. However, Mushahid Hussain highlighted that there are certain concerns in terms of security, which are being focused through ongoing security efforts and sustainable dialogue.

Chairman Senate Foreign Relations Committee stressed that Pakistan will never be supportive of any kind of military interference in the region, and no entity or group will be allowed to use Pakistan’s territory against Iran. Mushahid Hussain stressed demolishing the Iranian nuclear deal is instrumental for regional peace and global security.

Senior leader of Pakistan People’s Party, Farhatullah Babar welcomed Prime Minister Imran Khan’s blunt statements with regards to terrorism on his visit to Tehran, and stressed that trust-building is crucial to undertake swift action against security threats. He stated, “There should be truth telling on both sides and the issue of ungoverned spaces on either sides of the border need to be tackled immediately.”

Retired Lt Gen Abdul Qayyum, Convener of Pak-Iran Friendship Group in the Senate, also addressed the seminar and called for the development of a direct air link to connect Islamabad and Tehran, and strengthen bilateral trade if barter if need be in order to bypass US sanctions. Lt General Abdul Qayyum stressed that Pakistan will never be supportive of aggression against Iran, diplomatically isolating Tehran or imposing economic sanctions.

Director General of the Institute of Strategic Studies, Aizaz Chaudhry stressed that it is unfathomable why Pakistan and Iran have failed to fully reap the potential of their economic cooperation and bilateral trade. Aizaz Chaudhry stressed that the two neighbors should have eliminate their border security challenges a long time again, for these challenges can be eliminated by increasing security dialogue and intelligence coordination.

Inamul-Haque, former Foreign Minister and President of the Pakistan Council emphasized the need for exploring new mediums and channels to strengthen bilateral trade between Pakistan and Iran regardless of US sanctions.

Mehdi Honardoost rejected all allegations of security threats emerging from Iran and emphasized that Iran can never foster elements or plans aimed at destabilizing Pakistan or even working against Islamabad’s interests.

Iran’s Ambassador to Islamabad, Mehdi Honardoost also addressed the seminar and highlighted that the success achieved by PM Khan’s visit to Tehran can be assessed by the efforts made by the “third party to drive a wedge” between the two neighbors. Honardoost stressed that there is no conflict of interest between the two neighbors, providing a strong foundation to strengthen ties and establish economic relations.

Mehdi Honardoost rejected all allegations of security threats emerging from Iran and emphasized that Iran can never foster elements or plans aimed at destabilizing Pakistan or even working against Islamabad’s interests.

Professor Sajjad Bokhari, the Executive Director of the Islamabad Policy Institute, also echoed Ambassador Honardoost’s statements and highlighted that as far as the challenges of external interference in Balochistan are concerned, the Iranian authorities have also exhibited a willingness to investigate the concerns at the highest levels of authority.