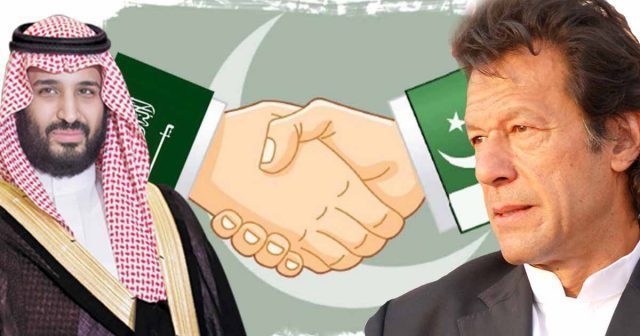 An initial aid package has been bagged, reaching up to $6 billion, with further investments down the line, as part of intergovernmental loans towards the ongoing $50 billion CPEC (China Pakistan Economic Corridor) framework. Saudi Arabia has also agreed “in principle” to fund a major oil refinery near Gwadar which will help reduce Pakistan’s dependence on imported oil.

Arab media sources cited cooperation in areas of “establishing and linking transport networks” and “facilitating the transportation of goods and passengers” on part of the oil-rich states.

Saudi Arabia was also extended an invitation to partake in the North-South gas transport network currently outsourced to Russia as part of the TAPI (Turkmenistan, Afghanistan, Pakistan, India) gas pipeline set to be operational by 2020. In order to set up a private-to-private based gas transport model to meet increasing demand, Saudi investors have been offered to bid on 10 petroleum exploration blocks.

A delegation from Saudi Arabia, headed by the adviser of Saudi Arabia’s Ministry of Energy, Industry and Mineral Resources Ahmad Hamid Al-Ghamdi, had visited Pakistan in the first week of October to discuss matters of financial assistance. A total investment to the tune of $9 billion will however not render Saudi Arabia as a strategic partner in CPEC, instead of bringing it under the ambit of the independent power producer model for energy projects, according to Makhdoom Khusro Bakhtiar, Pakistan’s Minister for Planning and Development.

Saad bin Abdul Aziz Al-Khalb, president of the Saudi Ports Authority, praised the “important steps toward coordinating and uniting efforts, visions, and experiences” that Arab Countries have taken to “improve all forms of transport in the region and promote mutual cooperation between them in many areas”. Arab media sources cited cooperation in areas of “establishing and linking transport networks” and “facilitating the transportation of goods and passengers” on part of the oil-rich states.

A Riyadh-based news channel reported the Saudi Ports Authority minister speaking at the 31st meeting of the Arab Transport Ministers Council currently being held for two days at the Arab Academy for Science Technology and Maritime Transport in Alexandria, Egypt.

Leading US firms and Prime Minister Khan also attended the event, the latter of which managed to secure a much-needed lifeline from this summit of old allies.

As part of the Crown Prince’s, Muhammad Bin Salman’s, 2030 economic vision the Kingdom is launching new projects in the sector while overhauling existing operational and logistical services to develop ultimately better infrastructure and cultivate local talents.

During the same day, the kingdom approved the signing of around 20 MoUs (memorandums of understanding) worth a sum of $50bn (187.6bn Saudi Riyals) on the first day of Davos in the Desert held between 23rd and 25th October in Riyadh this year.

Planned by the Saudi Public Investment Fund, ‘Davos in the Desert’ hosted numerous elite dignitaries from neighboring countries including His Highness Sheikh Mohammed bin Rashid Al Maktoum, Vice President and Prime Minister of the United Arab Emirates and Ruler of Dubai. Jordan’s King Abdullah was also present at the occasion. Leading US firms and Prime Minister Khan also attended the event, the latter of which managed to secure a much-needed lifeline from this summit of old allies.

With China and Saudi Arabia invested in power and infrastructure projects of Pakistan, PM Khan communicated ‘good news’ to the nation on Wednesday evening. He mentioned the new government’s commitment to tackling challenges inherited from previous governments. So far he has already averted a fiscal crisis and with other macro indicators on the rise, there is a reason to be optimistic.

Modernizing the power sector of Pakistan