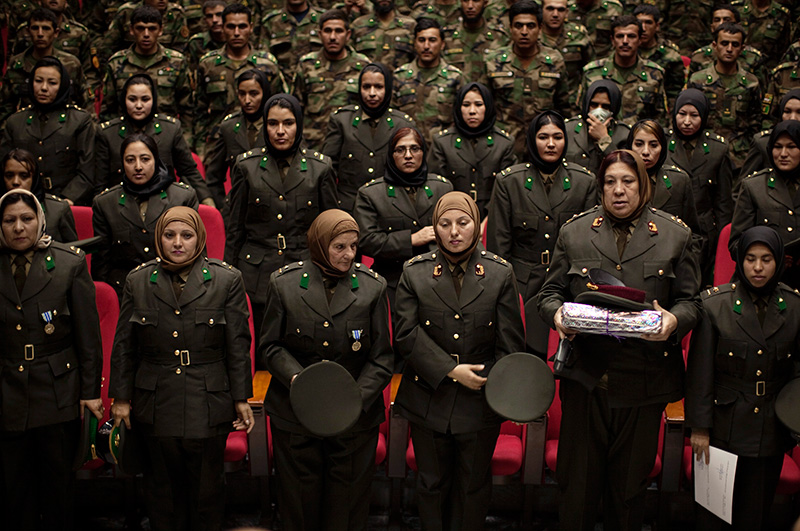 The Trump administration’s decision to request Pakistan to help in Afghanistan peace process is one of the most significant and pragmatic shifts in US Policy on Afghanistan since 2001. The Pakistani establishment categorically has told the USA that talks with the Taliban are the only way to end the longest war in US history and bring peace in war-stricken Afghanistan as the history of latter confirms that it is difficult to win a war in the field.

USA and Pakistan have tension in their relations due to Afghanistan and terrorism. US government has cut down their military aids 300 Million dollars to Pakistan. Pentagon said that “due to a lack of decisive action in support of the South Asian strategy, the remaining 300$ Million are being reprogrammed”.

It is an undeniable fact that Zahir Shah’s government supported Pashtun and Baloch nationalists in Pakistan from 1947 to 1973 to create panic and chaos.

On several occasions, US administration has blamed Pakistan for providing the safe haven of Taliban and terrorist organizations. But despite Pakistan’s role in the War on Terror (WOT), 130 $ billion lost and 75000 causalities, displacements of million peoples, US has never acknowledged Pakistan’s role as a strategic partner.

The Indian influence is growing in Afghanistan under US Umbrella as it cultivates anti-Pakistan organization on Afghan soil as proxies; as it can be observed by the murder of DSP Dawar, PTM activities, Baloch Militants organization and their training camps in Afghanistan.

These developments indicate that Afghanistan will become a safe haven for anti- Pakistan organizations, which has negative implication and strategic challenge for Islamabad. On several occasions, Pakistan has presented evidence to Afghanistan, but fragile and unstable Afghan Government failed to stop using Afghan soil against its neighbor Pakistan.

The Afghan current Government under President Dr.Ghani is not enjoying full public support. Corruption is rising day by day in Afghanistan, National anti-Corruption strategy has been unsuccessful, majority areas are under Taliban control, state institutions are unstable and weak to cope with challenges and government depends on US aids, consequently, Government has fewer chances of survival, independent of US military, economic and social support. Therefore, such types of government cannot be termed as a legitimate form of government.

The Afghan government, in 1947, opposed the entry of Pakistan into United Nation on the basis of Pakhtunistan issue. It is an undeniable fact that Zahir Shah’s government supported Pashtun and Baloch nationalists in Pakistan from 1947 to 1973 to create panic and chaos. It was Zahir Shah who had been working on an unofficial decree of great Pakhtunistan since his installation in 1933.

Pakistan is a regional power and its importance in the Afghan peace process cannot be ignored and it has long stood ties with Afghanistan. Pakistan and Afghanistan have 2400 km long border, linguistics, cultural, and religious relations.

During the mega irrigation project in Afghanistan with the help of USAID in 1940; the King Zahir Shah started to distribute the fertile lands among Influential Pashtun tribes living in the north and Southern regions. Zahir Shah policy was to make a great Pakhtunistan for his own sack i.e. to rule as a monarch, thus, he had left no stone unturned in supporting the nationalist parties in Pakistan.

Zulfiqar Ali Bhutto established in Pakistan an “Afghan Cell” in Foreign Ministry to monitor the Afghan affairs. It paved the path of good relations between Pakistan and Afghanistan; for instance in Sardar Daud’s era, cordial relations had been established. Unfortunately, in 1979, the abrupt emergence of the Communist Manifesto in Afghanistan, Pakistan became a partner of US and again Afghan-Pak developed distrust in bilateral relations.

General Zia Ul Haq of Pakistan strengthened Islamist against Communist government of Afghanis, became a major partner of US in the war against communism and a new era of Pak-Afghan relation started under US-Saudi support and it pushed Pakistan into new problems and challenges which we are facing till date.

Read more: US lights up pathway to Afghan peace

It is fact that war affected bilateral relation of Pak-Afghan after USSR withdrawal from Afghanistan; a new International interest was developed in Afghanistan and Pakistan was blamed for the helping Mujahedeen and their government installment in Afghanistan.

In 1990 “strategic depth” was the main focus of our policy in Afghanistan. After 11 September 2001, the situation became altered for Pakistan. The government of Pakistan took U-turn and supported international alliance against terrorism and extremism in Afghanistan.

Since long Pashtuns are a strategic asset of Pakistan in Afghanistan. Islamabad has no control over the Taliban, but it has some influence over them which it can use to bring the Taliban to the table of Talks. The Taliban rejected several offers of peace talks in the past.

It is optimistic, that Prime Minister Imran Khan has given a positive response for the Afghan peace process and it can be hoped that it will bring stability in the region, which is the main interest of regional powers and neighbors of Afghanistan.

Pakistan is a regional power and its importance in the Afghan peace process cannot be ignored and it has long stood ties with Afghanistan. Pakistan and Afghanistan have 2400 km long border, linguistics, cultural, and religious relations. Therefore, Pakistan is interested to develop and encourage peace process in Afghanistan and it believes that “Afghan-owned Afghan-led” peace talks will be fruitful because only Afghan have right to decide their own future.

The US and their allies cannot withdraw from Afghanistan without Pakistan’s support; hence, US should fulfill their promises with Islamabad and (CBM) confidence-building measures are necessary, which include the following:

1. US should trust Pakistan and its Military organization

3. US should take Pakistan’s consultation on Afghan affairs

4. US should acknowledge Pakistan’s role in WOT

5. US should help Pakistan to restructure war-affected areas

Despite tensions in relations and blame game, US and Pakistan should focus on peace in Afghanistan. It is optimistic, that Prime Minister Imran Khan has given a positive response for the Afghan peace process and it can be hoped that it will bring stability in the region, which is the main interest of regional powers and neighbors of Afghanistan.

Zain Ullah Khattak is Research Scholar in Areas Study Centre (China, Russia, Afghanistan, and Central Asia) at the University of Peshawar, Peshawar. He is visiting fellow at International Islamic University Islamabad. His research interest and focuses on linguistic analysis, Political speeches discourses, Socio-Political thoughts, Peace, Sufism, Geo-Political economy, CPEC, Socio-Politico and Cultural dynamics, Afghanistan and FATA. He has extensively published his articles on socio-political thoughts and issues, education reforms, Sufis thoughts, and different Philosophical issues. He can be contacted at zainkhattak@gmail.com.The Views expressed in this article are author’s own and do not necessarily reflect the editorial policy of Global Village Space.