Pakistan has appointed Muhammad Sadiq Khan as its special envoy to Afghanistan. He has previously served as the country's ambassador to Afghanistan as well. Pakistan has been a major actor in peace talks in Afghanistan, including the ones with the US. 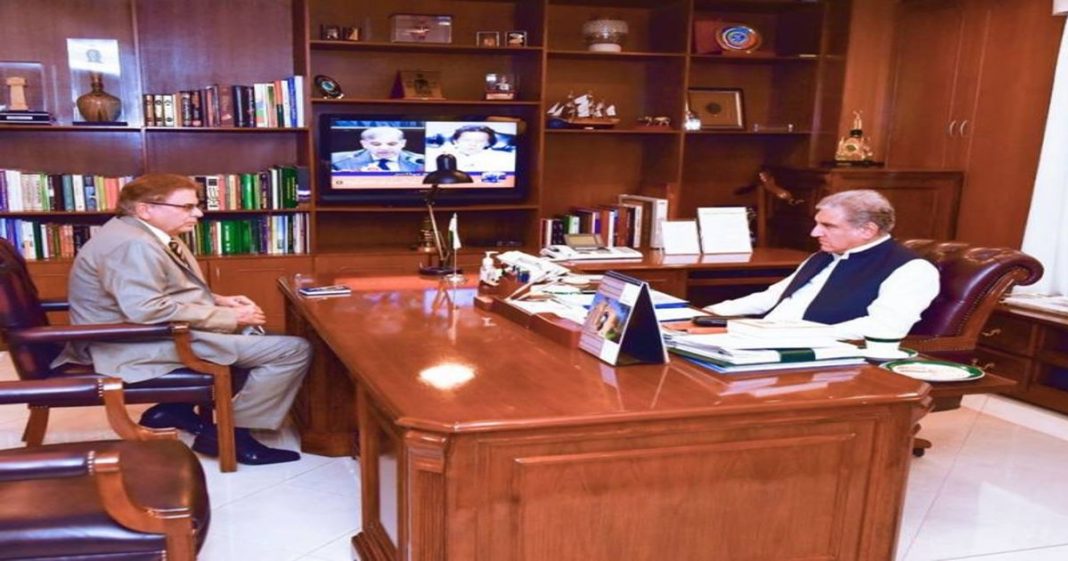 Mohammad Sadiq Khan, who had served as Pakistan’s ambassador to Afghanistan from 2008 to 2014, called on Foreign Minister Shah Mehmood Qureshi soon after the announcement of his new assignment in capital Islamabad, a statement from the Foreign Ministry said on Saturday.

Khan, a former spokesman for the Foreign Ministry, would play “an effective role in strengthening ties” between the two neighboring countries, the statement added.
Qureshi in his remarks, according to the statement, said Islamabad had sincerely played a reconciliatory role in the Afghan peace process and would continue to do the same in the future.

Foreign Minister, Shah Mahmood Qureshi says lasting peace and stability in Afghanistan is indispensable for construction and development of the entire region.

Talking to Special Envoy of Pakistan to Afghanistan Ambassador Muhammad Sadiq in Islamabad on today, he said Pakistan sincerely played its constructive role in Afghan peace process, which is now being acknowledged by the world community as well.

His appointment coincides with desperate attempts from Islamabad’s longtime ally, Washington, to court the warring Taliban to hold direct talks with Kabul government — a key component of a historic peace deal struck between the US and the Taliban in February.
In December 2018, Pakistan arranged rare direct talks between Washington and the Taliban, paving the way for the Doha peace deal between the two sides.

General Mark Milley, the chairman of the Joint Chiefs of Staff to US lawmakers:

"I support signing a peace agreement with the Taliban, fully recognizing what the Taliban is all about," he said, adding "I would not support sharing intelligence with them."#Afghanistan— Farzad Lami (@FarzadLami) February 27, 2020

As the talks between Washington and the Taliban have increased the possibility of a settlement in the Afghan conflict, behind the scenes, Pakistan, a state which has crucial ethnic and cultural ties with Afghanistan, has played a critical role in bringing the Taliban to the table.

Pakistan has long said that the Taliban is different from international terrorism and the group should be part of the Afghan dialogue, according to Alam.

“Americans have finally agreed to this. Not because Americans like the Taliban, but because they are stuck after 19 years of failure,” Alam underlined.

Pakistan as a main actor in Afghan peace deals

Alam definitely thinks that Pakistan is “the main actor” in the ongoing Taliban talks because “key people” participating in the negotiations are “under the influence of Pakistan”.

Some of the exiled Taliban leaders have allegedly lived in Pakistan since the US occupation of Afghanistan. In the wake of the Taliban talks, Pakistan quietly released Mullah Abdul Ghani Baradar, one of the co-founders of the Taliban, who joined the Doha talks right after his exit from a Karachi prison.

While Pakistan has much more influence over the Taliban than any other regional states, Iran and Russia also support the group, Azam says.

Pakistan also facilitated the landmark first round of direct talks between the Afghan government and the Taliban in Islamabad in July 2015. That process broke down after the Taliban announced the death of their long-time leader Mullah Omar, triggering a bitter internal power struggle.