Pakistan and Bangladesh on Thursday rejected Israeli settlement activities in the West Bank and reaffirmed their full support for Palestine. 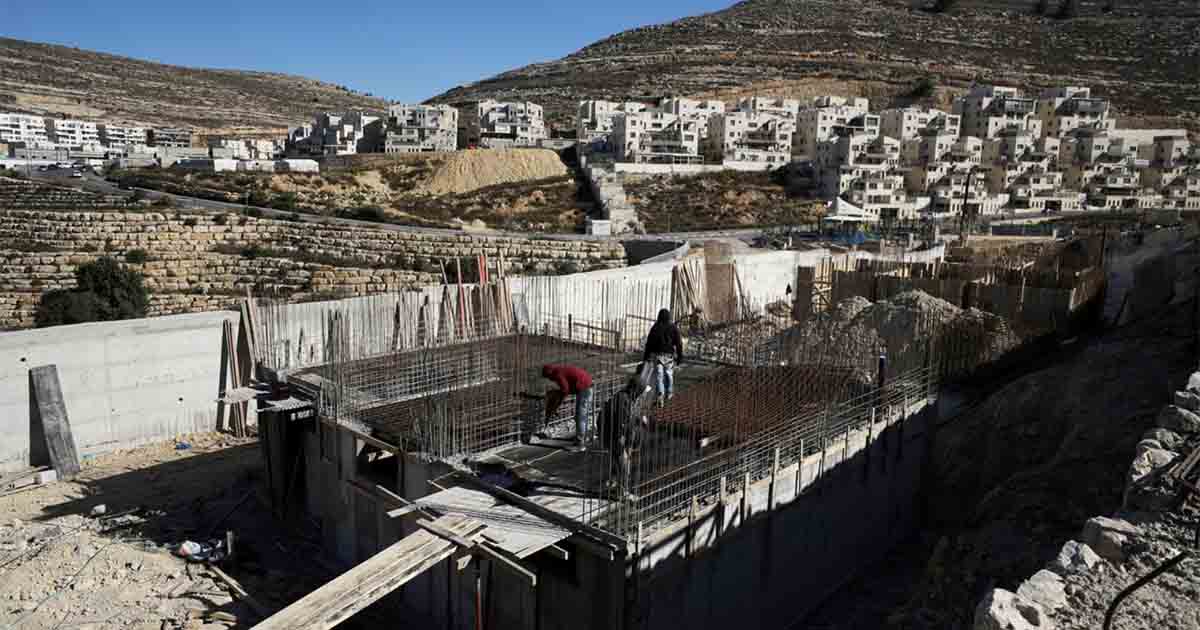 Pakistan and Bangladesh on Thursday rejected Israeli settlement activities in the West Bank and reaffirmed their full support for Palestine.

Responding to a question regarding the announcement by the U.S. on Monday that the establishment of Israeli settlements in the West Bank is not inconsistent, per se, with international law, Pakistan’s Foreign Ministry spokesman Mohammad Faisal said his country’s position remains unchanged.

Dr Muhammad Faisal reaffirmed Pakistan's solidarity with Palestinianians. He said Pakistan reiterates its support for a viable, independent & contiguous state of Palestine with Al-Quds Al-Sharif as its capital. He cleared that Pakistan is not taking any step to recognize Israel. pic.twitter.com/Sci8K2G0vt

He added that Pakistan considers all Jewish settlements in the occupied West Bank illegal under international law, and it would further hamper the viability of the two-state solution and prospects of lasting peace in the region.

“Moreover, the OIC has also repeatedly pronounced on the issue of illegal settlements, considering it a violation of international law. Being a founding member, Pakistan’s position is also aligned with that of the OIC,”  Faisal said, referring to the Organization of Islamic Cooperation, a coalition of 57 nations with significant Muslim populations.

“Bangladesh reiterates its unflinching support for Palestine and its territorial integrity as established through UNSCR 242 and other UNSC resolutions, including UNSCR 338, 425, 1397, 1515 and 1544 and the principle of land for peace,” Bangladesh’s Foreign Ministry said in a statement late Thursday.

“The Security Council, the UNGA, the HRC and the International Court of Justice have all confirmed that the construction and expansion of Israeli settlements and other settlement related activities in the Occupied Palestinian territories are illegal under international law,” it said, referring to the UN General Assembly and United Nations Human Rights Council.

“Bangladesh is convinced that there is no ambiguity about the illegal status of Israeli occupation and settlement activities in the Palestinian territories,” it added.

Bangladesh also urged Israel to comply with international law in this regard, the statement said, adding “Bangladesh reaffirms its support towards the inalienable rights of the People of Palestine to their homeland.”

The U.S. on Monday reversed course on its position regarding Israeli settlements built in the occupied West Bank, breaking with over four decades of precedent in saying that they will no longer be viewed as illegal.

Secretary of State Mike Pompeo announced the move, doing away with the State Department’s 1978 legal opinion which held that settlements are “inconsistent with international law.”

Read more: Pakistan: on Palestinian cause more loyal than the King?

Roughly 650,000 Israeli Jews currently live on more than 100 settlements built since 1967, when Israel occupied the West Bank and East Jerusalem. The Palestinians want these territories along with the Gaza Strip for the establishment of a future Palestinian state.

International law views both the West Bank and East Jerusalem as occupied territories and considers all Jewish settlement-building activity there illegal.

US blames indirect fire for shutting of Iraqi consulate