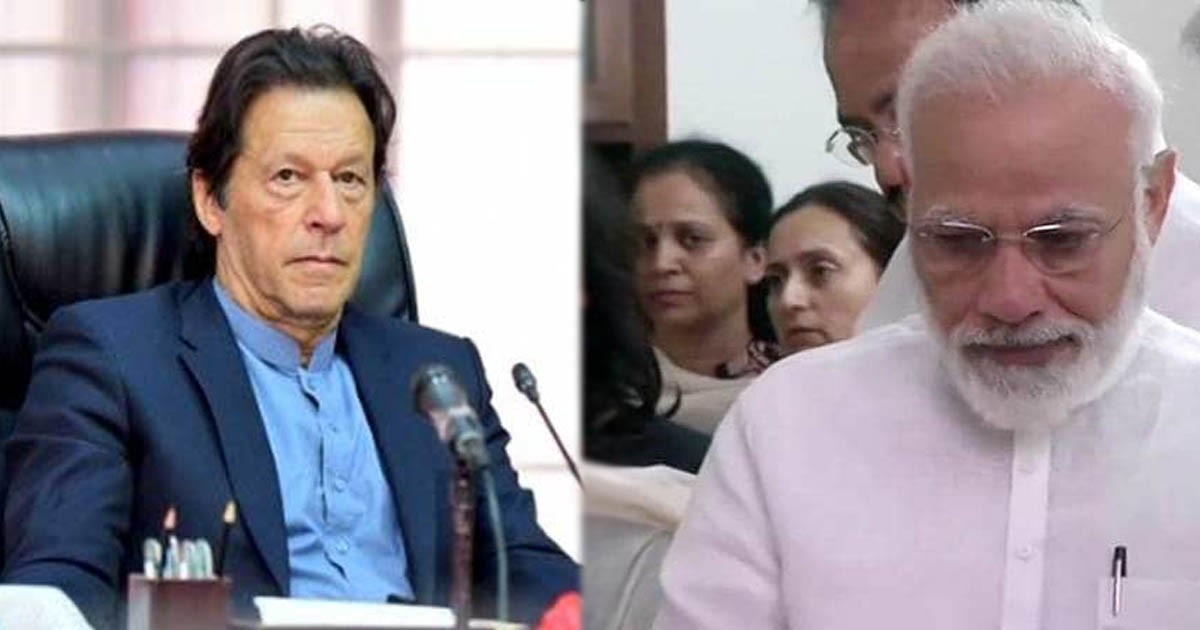 Pakistan downgraded its diplomatic ties with nuclear-armed rival India on Wednesday, announcing that it will expel the Indian envoy and suspend trade in the deepening row over New Delhi’s clampdown on disputed Kashmir.

India stripped the Himalayan region of its seven-decade-long semi-autonomous status on Monday through a contentious presidential decree, just hours after it imposed a crippling curfew on the picturesque valley.

Experts have predicted the move will trigger conflict with Pakistan, which has a competing claim to the Muslim-majority region, and reignite an insurgency that has already cost tens of thousands of lives.

OIC recognizes that this aggression puts more than 1.5 billion people of South Asia at risk. I reiterated Pakistan’s stance on the peaceful resolution of Jammu and Kashmir dispute and that India’s hostility doesn’t give me much hope for a covenant for peace. 3/3
— Shah Mahmood Qureshi (@SMQureshiPTI) August 6, 2019

India and Pakistan have fought two wars over Kashmir.

Delhi has insisted that the ending of semi-autonomy for the region is an internal matter.

But Islamabad has called for the international community to intervene and vowed to take the matter to the United Nations Security Council.

“We will call back our ambassador from Delhi and send back their envoy”, foreign minister Shah Mehmood Qureshi announced in televised comments Wednesday.

He spoke as the government released a statement declaring that Pakistan will suspend trade with India, though the bitter rivalry between the two means that such trade remains negligible.

The statement, released after Prime Minister Imran Khan chaired a fresh meeting of the National Security Committee, branded Modi’s decree “unilateral and illegal” and said there will be a “review of bilateral arrangements”.

Khan “directed that all diplomatic channels be activated to expose the brutal Indian racist regime”, the statement added.

He also called on the military to continue its “vigilance”.

US not consulted: India lied

The Pakistani statements came as Washington refuted reports that it had been consulted by Delhi over the move in Kashmir.

“Contrary to press reporting, the Indian government did not consult or inform the US Government before moving to revoke Jammu and Kashmir’s special constitutional status,” US acting assistant secretary of state for South Asia Alice Wells tweeted.

US says India had not informed it of move to end special status to Jammu and Kashmir pic.twitter.com/v1YcmHewHe— NDTV (@ndtv) August 7, 2019

Earlier this week the US called for peace and urged respect for rights in Kashmir.

US President Donald Trump last month claimed, during a meeting with Pakistan’s Khan, that Modi had asked Trump to help mediate the Kashmir dispute, a claim Delhi strenuously denied.

India has always insisted the Kashmir issue can only be resolved bilaterally with Pakistan.

The region has been divided between the two countries since their independence from Britain in 1947.

Earlier this year they came to the brink of war once more, after a deadly attack in Indian-held Kashmir was blamed on a militant group based in Pakistan, prompting tit-for-tat airstrikes over the mountainous region and igniting brief fears of a nuclear clash.

The Pakistani military said Tuesday that it “firmly stands” with Kashmiris. China, which also claims part of Kashmir, has objected to Delhi’s “unacceptable” moves on Kashmir.

Contrary to press reporting, the Indian government did not consult or inform the US Government before moving to revoke Jammu and Kashmir’s special constitutional status. – AGW

An armed rebellion against Indian rule has raged in the valley since 1989, claiming more than 70,000 lives, mostly civilians.

Kashmir was previously a semi-autonomous state with its own flag and constitution, where only local residents could buy land or take government jobs.

Its new status is as a territory directly ruled by New Delhi.

Modi’s government insists this will bring peace and prosperity, but experts warned the move is a gamble that could trigger conflict with Pakistan and re-ignite the insurgency.

The summer capital Srinagar, the main city in Indian-administered Kashmir, appeared a ghost town Wednesday as a security lockdown took hold under tens of thousands of additional troops.

Armed soldiers on corners and in front of barbed wire barricades were among the few people to be seen in the streets.

“We know Kashmir is seething, it will explode into violence but we don’t know when,” a security official told reporters on condition of anonymity.