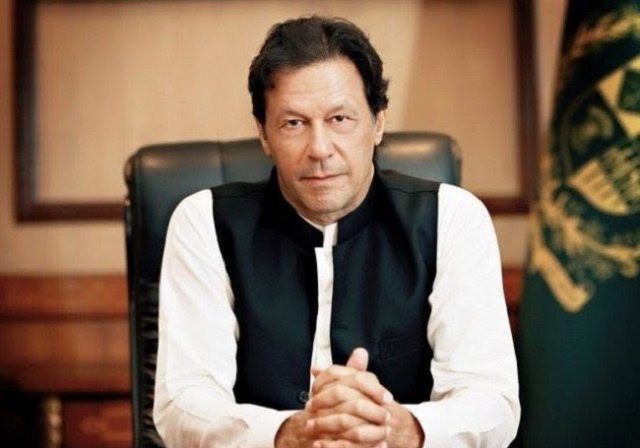 The Federal Minister for Information and Broadcasting Fawad Chaudhry on Sunday said that Pakistan has changed now as the military and judiciary are standing firmly behind the civilian government. Mr. Chaudhry was talking to the media at a local hotel in Lahore, he said: “Pakistan is moving ahead under the leadership of Prime Minister Imran Khan who has a team of experts.”

“Finance Minister Asad Umar, Energy Minister Omer Ayub Khan, Advisor on Commerce and Trade Abdul Razzak Daowd and Minister for Planning Makhdoom Khusro Bakhtiar are all experts in their respective fields.” Opposition parties e.g. PML-N and PPP too often accuse the government of PTI of a puppet political establishment working on the behalf of the all-powerful military establishment.

“Once again now, he proved himself as a symbol of change after becoming the prime minister,”

But these allegations more often than not have been without any substantial evidence. As a matter of fact, PM Khan visited GHQ and was warmly received by the top command of Pakistan army where he also presided over a meeting. PM Khan is the first PM who presided a meeting of civil-mil officials at GHQ.

This was a symbolic message that in Pakistan there is a government which has ensured civilian supremacy. Mr. Chaudhry also talked about the changed and changing political dynamics in the country. Information Minister pointed out that the politics of Imran Khan has changed the nature and course of the political process in Pakistan.

“The lower class of the country revolted against the system as a result of the struggle of Zulfiqar Ali Bhutto, and now the middle class has revolted against the status-quo under the leadership of Imran Khan,” he said, adding that a huge responsibility now lies on the shoulders of the government to deliver as the middle class has a lot of expectations.

Moreover, he highlighted the importance and influence of PM Khan. “We entered the government through a process of change and Imran Khan himself is a symbol of change as he proved through his struggle by winning the cricket world cup and establishing the leading cancer hospital of the country,” he said.

It should be remembered that in the 2018-19 budget, a heavy sum of Rs986 million has been allocated for PM House.

“Once again now, he has proved himself as a symbol of change after becoming the prime minister,” he added. “We could not have made to the assemblies without having Imran Khan with us,” Fawad said. He further talked about the austerity measures of his government; the minister said that Imran Khan decided to reside in the three-room house of PM Secretariat’s staff colony only to give a gesture of simplicity, as the country is ridden with foreign debt.

“Pakistan had a foreign debt of Rs6 trillion when Pervez Musharraf left the government and this figure reached Rs13 trillion at the end of PPP’s tenure. The PML-N government took this figure to Rs28 trillion in its government of five years,” Fawad said and added that the PTI government decided to take austerity measures keeping in view the current horrible economic situation.

It is important to mention here that in his maiden speech to the nation on August 19, PM Khan had said that there were 524 persons to serve the prime minister at the 1100-Kanal PM House, coupled with 80 cars, including 33 bulletproof ones having price of Rs 50 million each, besides helicopters and an airplane. “At one hand the nation is burdened with debt and on the other, we have the elite.

This system was created by the British during the colonial era to rule the masses, but even after independence the same practice was being followed,” PM remarked… It should be remembered that in the 2018-19 budget, a heavy sum of Rs986 million has been allocated for PM House. According to the Capital Development Authority (CDA), it encompasses 800 Kanal of land in which PM house and residential apartments of the staff are established.

The Information Minister’s speech seems to be in line with his hard stance against the opposition. While initially during the first session, the hue and cry raised by the PML-N in the parliament made an impression that the PTI government would be weak in the face of an aggressive PML-N. However, the recent blistering attacks by Fawad Chaudry have seemed put paid to that impression.

While Fawad Chaudry did defend the PTI but he also delivered huge broadsides on both the PPP and PML-N over their misgovernance. Fawad’s aggressive stance seems to be working as not only is he clearing the air- that the current economic dire straits are due to the antics of previous governments (who are now in opposition) but also has put the opposition on the backburner.

What will prevent Pakistanis from flocking to markets and mosques in Ramadan?

Child abuse: What Pakistan must do to curb it?