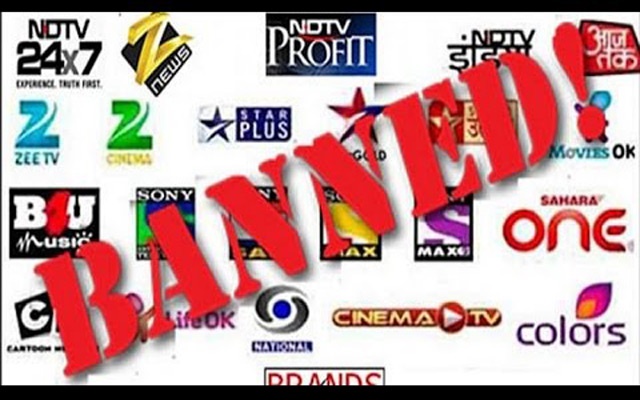 Pakistan has reinstated its ban on Indian content on TV channels in Pakistan. On October 27, the decision was announced by Cheif Justice Saqib Nisar in Karachi during the case hearing. The decision came after the case was filed by the United Producers’ Association. The reason for this ban is said to be the clashes between India and Pakistan over the construction of Diamer-Bhasha dam in Pakistan’s north side.

During the proceedings, it was said: “They are trying to [obstruct the construction] of our dam and we cannot even ban their channels?”

While there has been much debate whether about whether or not Indian films should be screened in theatres in Pakistan, many people involved in the industry think it is necessary for that to continue to happen (at least for the foreseeable future to get families to visit local cinemas).

During the proceedings, Mr. Nisar also urged for “more appropriate” content to be aired in the placement of these shows which may be a subtle dig at the dramas.

Veteran director Syed Noor even stated so at the Sindh film festival at the Institute of Sindhology in Jamshoro, saying that one of the biggest reasons Pakistani film industry is in its early stages of revitalization is because the ban on Indian films was lifted allowing for cinema houses to have sufficient business and remain open which in turn encouraged many filmmakers to try their hand at making films again.

So while banning Indian movies from theatres across Pakistan may not be so feasible for the entertainment industry in Pakistan, banning Indian content will do no harm. Pakistani TV dramas are already deemed superior from people across both sides of the border — including Indian actors like Kajol, Paresh Praval, Kamya Punjab, Divya Dutta, and Anil Kapoor — so it isn’t like we won’t be able to fill the slots occupied by Indian shows with better material.

The decision also comes at a time when Pakistani actors have been banned from working in Indian films by Indians, despite actors like Fawad Khan and Mahira Khan managing to make a name for themselves and do some good work. After the Uri Attack in 2016, Pakistani actors and TV series were banned from India despite the dramas being met with warm reception.

This court order comes a year after the decision to screen Indian content was finally allowed in Pakistan after a period of time. During the proceedings, Mr. Nisar also urged for “more appropriate” content to be aired in the placement of these shows which may be a subtle dig at the dramas.

Recently PEMRA lashed out at the types of TV dramas being produced and stated that they were not in line with the culture of Pakistan and even seemed to imply that social issue serials like Udaari were, in fact, more disadvantageous to the general Pakistani populous.

How this decision will impact TV channels and dramas going forward remains to be seen but it are unlikely that many will even notice the absence of Indian shows amongst the current crop of stellar Pakistani dramas.