It would pave the way for more talks between the two countries, says UN Secretary-General Antonio Guterres. 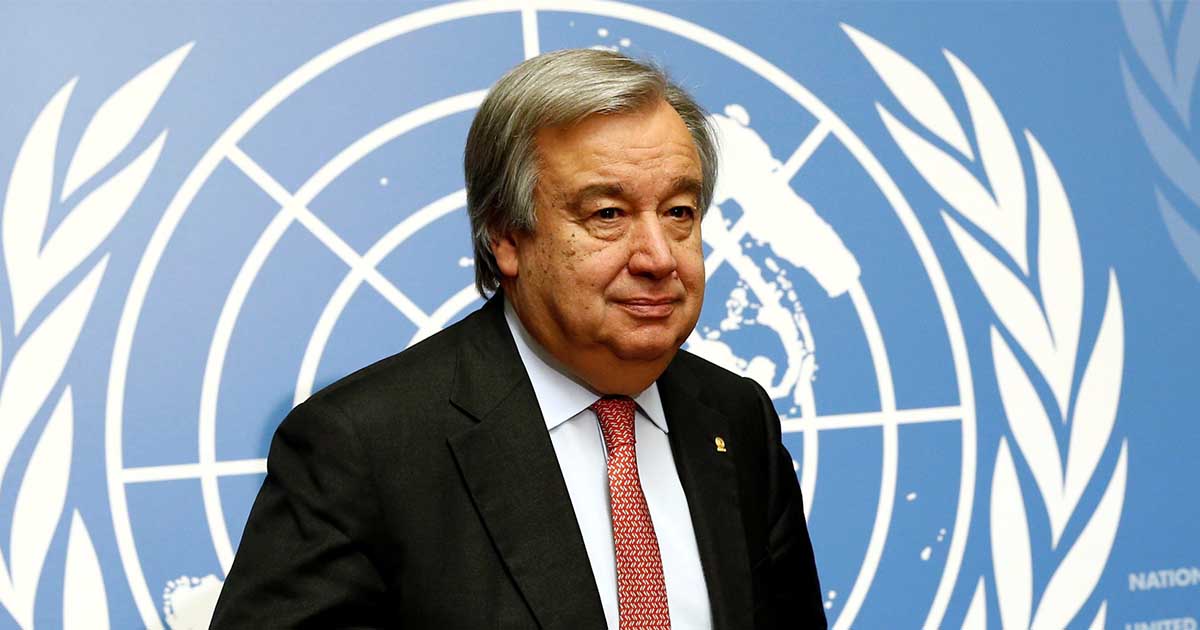 UN Secretary-General Antonio Guterres has welcomed as a “positive step” the agreement between the militaries of India and Pakistan to observe a ceasefire at the Line-of-Control in the disputed Kashmir region and hoped that it would pave the way for more talks between the two countries.

“The Secretary-General is encouraged by the joint statement issued by the militaries of India and Pakistan on their agreement to observing the ceasefire at the Line of Control in Kashmir and engaging through established mechanisms,” his spokesman, Stephane Dujarric, said in a statement read out at the regular noon briefing at the UN Headquarters in New York on Thursday.

“He (UN chief) hopes that this positive step will provide an opportunity for further dialogue,” the statement said.

Replying to a question from APP correspondent, the spokesman said the UN chief had no plans as yet to contact the leaders of India and Pakistan for starting the process to resolve the decades-old Kashmir dispute.

He said the secretary-general’s good offices were always available for any member state who would request it.

The President of UN General Assembly, Volkan Bozkir, also welcomed the agreement, which, he said, “set an example for others and demonstrates the General Assembly’s value.”

India and Pakistan’s militaries said on Thursday they agreed to cease firing on the disputed Kashmir border.

In a joint statement, the two countries’ director generals of military operations held discussions over the established mechanism of “hotline contact.”

“The two sides reviewed the situation along the Line of Control and all other sectors in a free, frank and cordial atmosphere,” the statement noted.

The Line of Control is a de facto border that divides the Kashmir valley between the two nuclear neighbors.

Read more: Why did India stop 600 Sikhs pilgrims from travelling to Pakistan?

It said that the two military officials “agreed to address each other’s core issues and concerns which have the propensity to disturb the peace and lead to violence.”

“Both sides agreed for strict observance of all agreements, understandings and cease firing along the Line of Control and all other sectors with effect from midnight 24/25 Feb 2021,” said the statement.

Until now, the Kashmir border witnessed an increase in cross-border shelling with both armies regularly accusing each other of violating the 2003-signed ceasefire.

Read more: UN must call out India on its state-sponsored terrorism in Pakistan

How a big breakfast in the morning can cut your weight?