All the Pakistani laborers involved in Qatar World Cup 2022 will have ensured and protected rights. 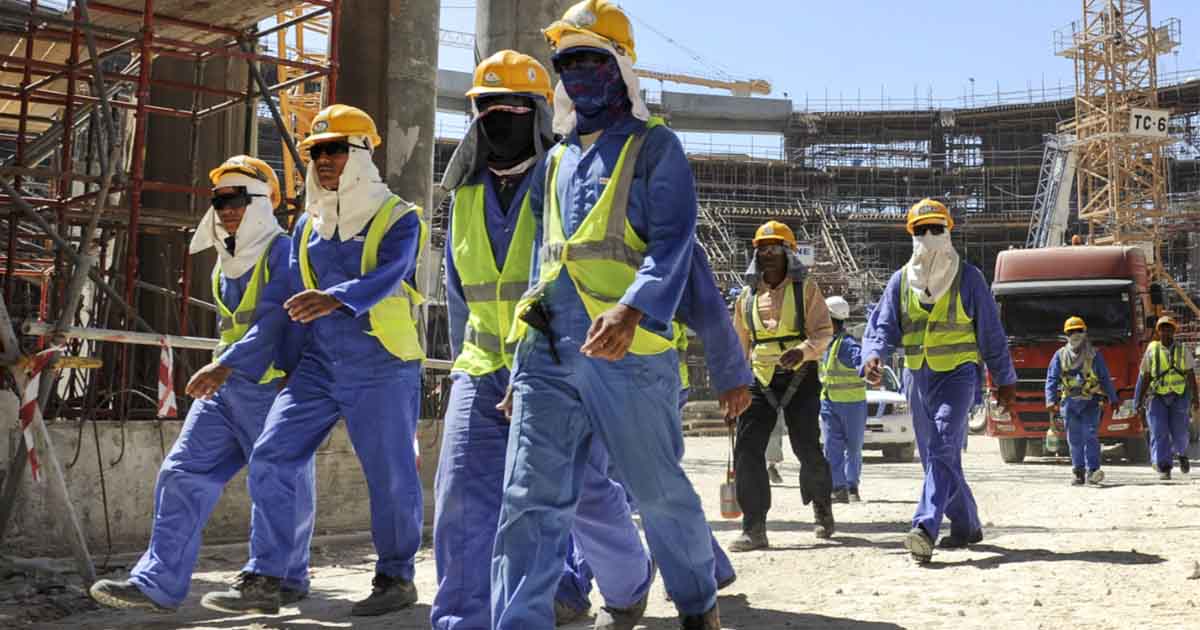 Pakistan will insist on proper labor rights for an army of its citizens working on Qatar’s football World Cup infrastructure, the country’s foreign minister said Monday, after repeated reports of abuses.

The gas-rich Gulf state has embarked on a huge construction program to get ready for the 2022 tournament, drawing intense scrutiny from rights and labor campaigners.

Earlier this year Amnesty International warned that despite “nascent reforms”, Qatar was running out of time to stamp out widespread and serious exploitation of tens of thousands of migrant laborers, many of them from South Asia.

There have been reports of wages going unpaid, passports being held by unscrupulous bosses and some laborers working up to 148 days in a row.

“Certainly, we will ask our embassy and we will ask the recruiting agencies to give better terms,” he told reporters during a visit to Brussels.

“Where we feel Pakistani labor is contributing, we feel they should be looked after as well.”

Qatar insists it is committed to labor reform

Since it was chosen as World Cup host it has introduced a monthly minimum wage of 750 riyals ($206) and partially scrapped the exit visa system which required workers to obtain their employers’ permission before leaving the country.

Qureshi welcomed the changes but said Pakistan would push for more.

“I think other facilities like health cover and stuff like that can be negotiated and we will talk with them about that,” he said.

Qureshi’s trip to Brussels comes as cash-strapped Pakistan seeks foreign investment, with the government forced to announce an austerity budget after securing a $6 billion bailout from the International Monetary Fund.

After talks with senior EU officials on Tuesday, the minister will sign a “strategic engagement plan” with the bloc’s diplomatic chief Federica Mogherini.

The start of the dreaded “Muslim ban”