Pakistan, Iran & Turkey: A new Strategic Partnership despite US sanctions

The 'Peace Pipeline' between Iran and Pakistan saw an extension as Iran withdrew its decision to go to an arbitrary court and Pakistan will no longer have to pay the hefty amount of fine imposed due to delay in the project. The agreement was signed in Ankara, Turkey. 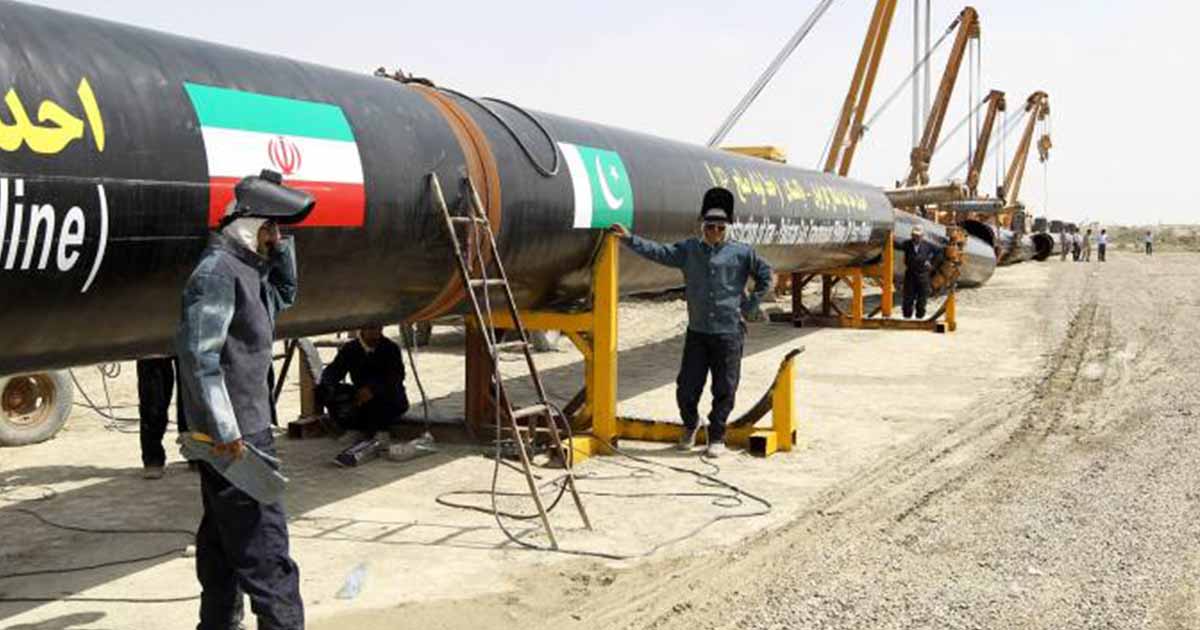 Pakistan and Iran have agreed on a five-year extension to the long-pending gas pipeline project. According to the documents of the agreement, Iran will withdraw the notice to go to an arbitration court and Pakistan will no longer have to pay any penalty for delay in the project.

The signing of the amended agreement will take place next week in Istanbul, the Turkish capital, between the government officials of Pakistan and Iran. The office of the  Attorney General of Pakistan has worked on a newly amended contract with a French legal firm and has convinced Iran on a five-year extension. According to the documents, the Iran-Pakistan (IP) gas pipeline project has been extended to August 26, 2024. Federal Minister for Energy and Petroleum Omar Ayub Khan declined to comment on the issue saying that the matter was of national interest. So they don’t want to talk in public.

According to the initial agreement, Tehran had to start supplying gas to Islamabad after the completion of the Iran-Pakistan gas pipeline project in January 2015. Pakistan began construction on its 781 km-long pipeline in 2013 to acquire natural gas from Iran. However, due to economic sanctions on Tehran, it has not yet been completed. Pakistan’s stance is that the lack of funding by the International Organizations needed to complete the project, which is estimated to be around 1.65 Billion Dollars, is the main hindrance in the completion of the said project.

Iran has already completed the construction of a 900 km long pipeline towards its Pakistan border. Former Secretary of Petroleum G.A Sabri, who finalized the contract for the IP gas pipeline project, says that every new government of Pakistan has adopted a policy of bringing new projects, rather than forwarding policies of previous periods.

The 1700 km TAPI Gas Pipeline is estimated to be worth 10 Billion Dollars through which a gas pipeline will be laid to Turkmenistan, Afghanistan, and to India through Pakistan.

Speaking to Voice of America, G.A Sabri said that the gas pipeline project could not be completed due to a lack of consistency in government policies and lack of will. Iran went to an arbitration court in February 2019 on continuous delay in the project from Pakistan’s side. Iran sent a notice to Pakistan for delaying the gas pipeline project to which Pakistan responded that there are international sanctions on Iran that restricts Pakistan from completing the project. Later, Pakistani officials negotiated on extending the agreement to Iran.

After the amended agreement, Iran will be bound to withdraw the legal notice issued to Pakistan regarding the delay in the project. G.A Sabri said that extension in the agreement is a productive step for both Iran and Pakistan, however, with the installation of natural liquid gas (LNG terminal) in the country, it seems that this gas pipeline project is no longer a priority for Pakistan. The plan to negotiate the acquisition of natural gas from Iran began in 1995, and the 2008 deal initially included India. The total length of the pipeline was 627 km long. Which was estimated to cost $7.5 billion in 2008. However, India withdrew from the project in 2009 following a nuclear deal with the United States. After separating India from the plan, Pakistan and Iran decided to move forward with the deal on the Pak-Iran gas pipeline deal in Ankara in March 2010.

The Iranian president officially inaugurated the project in March 2013, and the project was named the ‘Peace Pipeline‘. The bilateral agreement stipulated that if Pakistan does not complete the project by the end of 2014 and if the transfer did not start from January 1, 2015, Pakistan will have to pay a fine of $ 1 million a day. This gas project is seen as very important for solving the natural gas crisis in Pakistan.

The price of natural gas from Iran was fixed at 78% of the price of crude oil. However, both Iran and Pakistan have agreed to review it. Some experts in Pakistan believe that the cost of allotted gas from Iran is high and that it was decided to negotiate with Iran in the previous regime to review it. Even by agreement, the two countries were bound to negotiate the gas prices once after the project was completed. Pakistan wants Iran’s gas price to be 70% of crude oil. That would save the government more than $100 billion over 25 years. Experts believe the IPGAS project is financially more profitable than many other contracts, including LNG and TAPI. To meet the gas shortfall, the government started importing Liquefied Natural Gas (LNG) from Qatar.

Pakistan and Turkmenistan on 14 November, 2011 signed an agreement to buy Natural Gas through TAPI (Turkmenistan, Afghanistan, Pakistan & India) Gas Pipeline in Islamabad. The project was inaugurated in Mary, Turkmenistan, in 2018.

Read more: USAID has no issues with Russian investment in Iran-Pakistan gas pipeline

Prime Minister of Pakistan, along with the premiers of Afghanistan, Turkmenistan and India joined the event. The 1700 km TAPI Gas Pipeline is estimated to be worth 10 Billion Dollars through which a gas pipeline will be laid to Turkmenistan, Afghanistan, and to India through Pakistan. Despite the advances, the project has been delayed several times. The project was to be completed in 2022. The 3.2 billion cubic feet gross gas procurement project will enable Afghanistan to receive 500 million cubic feet of gas daily, and 1.325 billion cubic feet of gas daily to Pakistan and India.

Private Sector is committed to facilitate the Progress of CPEC

Fragile foreign policy: Pakistan at the mercy of a new super power?