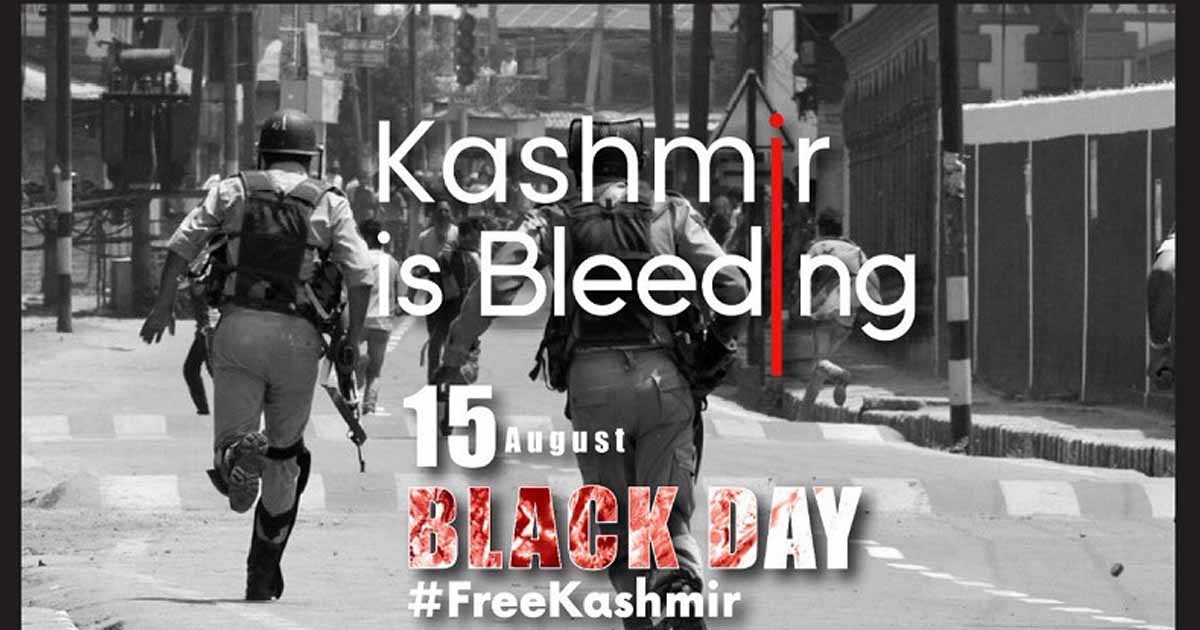 Thousands gathered at rallies and protests in Azad Kashmir, including its capital Muzzafarabad, plus the towns of Bagh, Rawlakot, Kotli, and Mirpur, to denounce India’s move last week.

In Pakistan, the Black Day was observed on the government level with national flags hoisted half-mast at Parliament, the Presidential and Prime Ministerial residences, and other government buildings, state-run Pakistan Television reported. Government ministers, parliamentarians, and politicians also attended rallies in various parts of the country.

‘Suno Dilli’ is PTV’s Exclusive initiative released on the eve of Black Day for the people of IOK. #Standwithkashmir #15AugustBlackDay
(1/2) pic.twitter.com/o7zejYjpVK
— Govt of Pakistan (@pid_gov) August 15, 2019

‘Suno Dilli’ is PTV’s Exclusive initiative released on the eve of Black Day for the people of IOK. #Standwithkashmir #15AugustBlackDay
(2/2) pic.twitter.com/vnTGf9ib8t
— Govt of Pakistan (@pid_gov) August 15, 2019

Rallies and demonstrations were held by political parties and civil society groups in the capital Islamabad as well as in Lahore, Karachi, Peshawar, Quetta, Rawalpindi, Faisalabad, Hyderabad, and other districts to express solidarity with Kashmiris.

Pakistan also asked its citizens around the world to join Kashmiris in their protest of India’s decision.

This marks the first time when a special UNSC session has been summoned on Kashmir in the last 50 years.

Mounting tensions between nuclear-armed Pakistan and India have further flared after New Delhi revoked the special status of Jammu and Kashmir, which is divided between the two neighbors in parts with both claiming it in full.

Kashmiri leaders and citizens fear this step is an attempt by the Indian government to change the demography of the Muslim-majority state, where some groups have been fighting against Indian rule for independence, or unification with neighboring Pakistan.

Read more: Children in the line of fire in Kashmir: report