Pakistan may be declared ineligible for the international loans soon 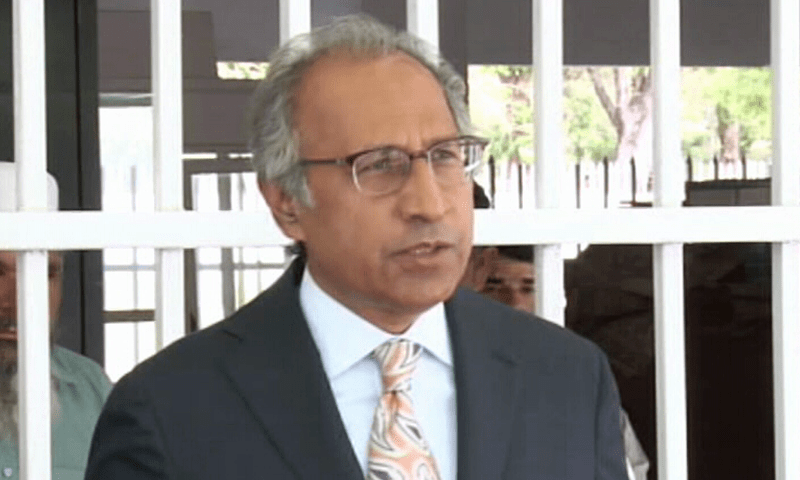 Pakistan’s macroeconomic stability stands on the verge of disintegration since countries shrinking foreign reserves may compromise its ability to borrow from one of the major international lending banks -World Bank Group.

The international lending agency has been pressing up on the Ministry of Finance to depreciate the currency and let the real value be determined in the international market. This suggestion, however, stands in absolute negation to the currently withheld policies, of maintaining an artificial stability of rupee against the dollar.

Such regressive policies have brought the macroeconomic stability under the threat from time to time, and have also undermined the potentials of growth. This constant interference from the State Bank of Pakistan in the domain of foreign exchange has hit in its worst form the export sector of the country.

With the end of the International Monetary Fund’s aid 11 months ago, Pakistan’s foreign currency reserves has declined by $4.2 billion. Currently the foreign reserves stands at $14.3 billion, out of which the reserves include $3.9 billion in short-term borrowings by the central bank. By excluding the short-term forward contracts, the State Bank of Pakistan’s (SBP) net reserves will come down to $10.4 billion.

To acquire loans from the two main arms of the World Bank Group-International Bank of Reconstruction and International Development Association, the loan demanding country must have enough essential reserves to meet the three months of import bill.

Pakistan with the amount of $14.398 billion, is currently on the border line and according to the sources in the Ministry of Finance, the reserves may fall in the last week of August or at the start of September.

Under these circumstances, Pakistan which is among the few countries to qualify for the both arms of the bank, but may compromise its creditworthiness in case there is further decline beyond the present amount of reserves.

World Bank group which has five institutions, with its two arms, IDA and IBRD, lends money to the government for projects, programs or policy purpose as well as hedging products to help manage the currency and interest rate risk exposures.

In case, Pakistan is disqualified, it’s borrowing from the World Bank Group will be limited to the IDA, from where it can borrow only according to the quota.

The halt in the lending of money, will not only have implications on the creditworthiness but will directly hamper the progress of mega-development projects initiated under the pact with World Bank Group.

One of the huge project signed under this year is the Sindh Agricultural Growth Project in July of the ongoing year. Besides this, since to date, the list of other projects includes, the governance and policy growth in KPK, rehabilitation of FATA, Punjab tourism project, and policy restructuring program in the financial sector of Pakistan ,with a pinning focus on the strengthening of Tax system. Also neighborhood improvement project initiated for Karachi will also bear the brunt.

Remedies to sustain the foreign reserves

With 16% rise in remittances from the overseas Pakistanis and a 10% growth in export-laden transactions, the month of July showed some hopeful prospects. But the unabated elevation in the import bills simultaneously has overshadowed the gains achieved with export rising.

However, Pakistan soon has to find a short-term cure to sustain its creditworthiness and resume its supply of loans for the policy development, which has already been suspended by the World Bank.

The building of confidence of investors to invest in the Pakistan’s dollar denominated bonds is one option ministry is focusing on. But with such liquidity problems and tightened foreign reserves, the building up of confidence is a tedious task and may require a minimum upheaval of foreign reserves health to assure a security on investment for the people.

The inflow of remittances is a restricted domain for the ministry of finance to alter and reorient. Even the sudden imposition of the import duties will give shocks to importers.

With such controlled position, depreciation of the currency is an open option for the state to adjust with the need of the time. The depreciation, however, is not without its implications but in the mean time can revitalize the economic security for the exporters. This also lies in correspondence to the legitimate demands of the textile producers and exporters overall, who are long demanding the government for lowering rupee against dollar, to save their businesses.

This would also release the pressures from the State Bank of Pakistan to deliberately intervene on regular basis in the international financial markets to keep the rupee firm against the dollar.

The remedies are not only paramount to sustain Pakistan’s eligibility for the development of loans but are also an undisputed tool towards the economic independence.

Previous articleIran may withdraw from the nuclear deal: warns Tehran
Next articleWhat if Kulsoom Nawaz doesn’t win from NA-120?

29 July 2021
Previous articleIran may withdraw from the nuclear deal: warns Tehran
Next articleWhat if Kulsoom Nawaz doesn’t win from NA-120?