Pakistan may lose its vast oil & gas reserves to India if not extracted: HELP report

Pakistan's lack of interest in the exploration and production of oil in country's oil-rich areas may cost it heavily. Pakistan's reserves that border with India might migrate if not extracted timely. 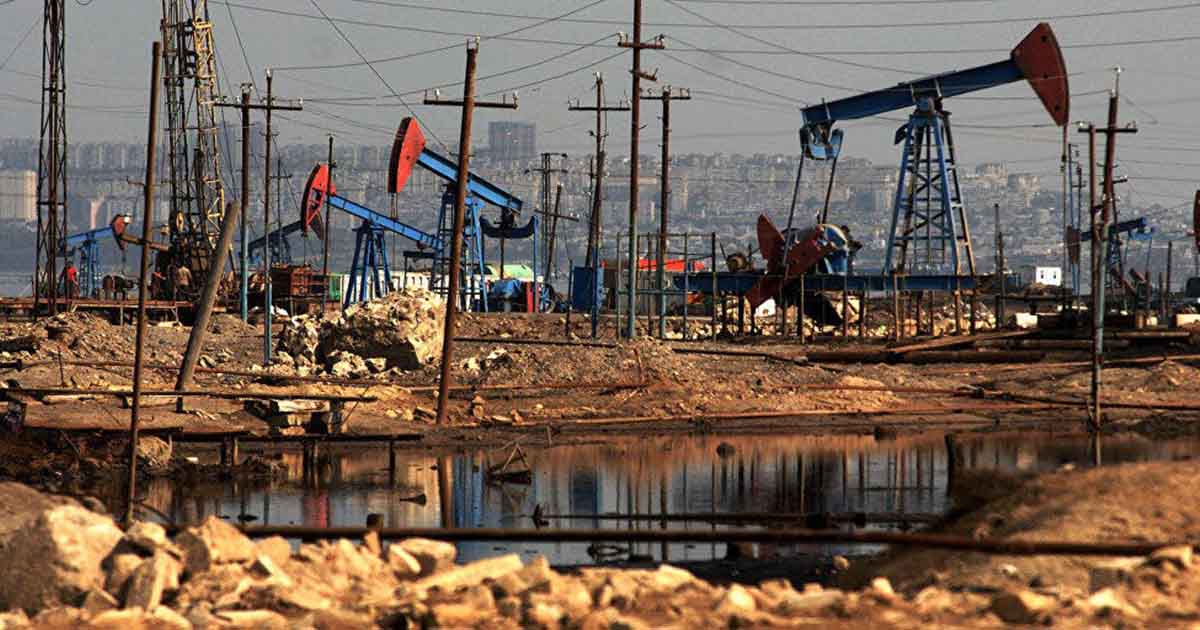 Pakistan needs to direct its concerted efforts to the exploration and production of gas reserves in the border area with Rajasthan. The country may hit jackpot before losing the vast reserves to India, who is extensively beefing up its exploration activities in the region.

Pakistan’s continued ignorance on the existent massive reserves of oil and gas in Sindh-Rajasthan’s border area may lead the country to lose its deposits to India.

A prominent energy expert Arshad H Abbasi in his internationally acclaimed document, Hydrocarbon Exploration Licensing Policy, has alerted that Pakistan’s lack of efforts to fetch the reserves in the border area may benefit India who is currently producing 1,75000 barrels from Rajasthan per day.

He informed that the Jaisalmer Basin has reserves of 7.8 billion barrels. Indian company Carin is mulling to invest an additional $.5 4 billion for the exploration and production activities and is planning to shore up the production to 5bpd. The company is also set to dig 450 wells alongside the border of Pakistan.

Abbasi said that the Tatot Block of Rajasthan, which is merely 10-km away from Pakistan’s border will soon become the epicenter of India’s exploration and production of oil and gas reserves. Pakistan still stands a chance to capitalize on the vast reserves of energy resources.

Are Pakistan's oil and gas reserves being taken by India from our border areas with Rajasthan?

He also pointed out the regions of Sanghar, Bahawalnagar, Sukker, Ghotki, Rahim Yar Khan, Kasur and Bahawalnagar for exploration of oil and gas reserves.

He directed the attention of Prime Minister Imran Khan, Ministry of Finance, Ministry of Defence, and Ministry of Petroleum towards the issue. He asserted that with tenacious efforts Pakistan can transform its debt-ridden economy, with staggering growth rate, inflation, and wide rupee to dollar gap into a strong economy with self-reliance in energy resources. According to the document, Pakistan meets 85% of its energy demands through imported energy.

The report also mentioned flaws in the petroleum policies including the structural impediments and suggested ideas to improve it. He also gave a road map for Pakistan to follow to become self-sufficient in energy resources within the shortest possible time.

The optimistic reports identified areas for exploration in all the four provinces adding that Pakistan possesses Indus delta and Makran Coast, the largest basin in the world, which is next to rich offshore deltas of Niger, Mahakam and Nile.

There are oil and gas reserves existed on Rajasthan and Pakistan border. Oil is inside under earth and it is of both sides, recently govt of India set up more refineries and extracting it on a larger scale…. https://t.co/Z31s2pq1eZ— UG OUTSOURCING (@mobsindiapvtltd) November 25, 2019