A report issued by the Congressional Research Service (CRS) observed the influence yielded by the Pakistan Army in decision-making related to foreign and security policies. It concluded that while the army has yielded decisive influence in the past, Gen Qamar Bajwa is a “non-political professional.” 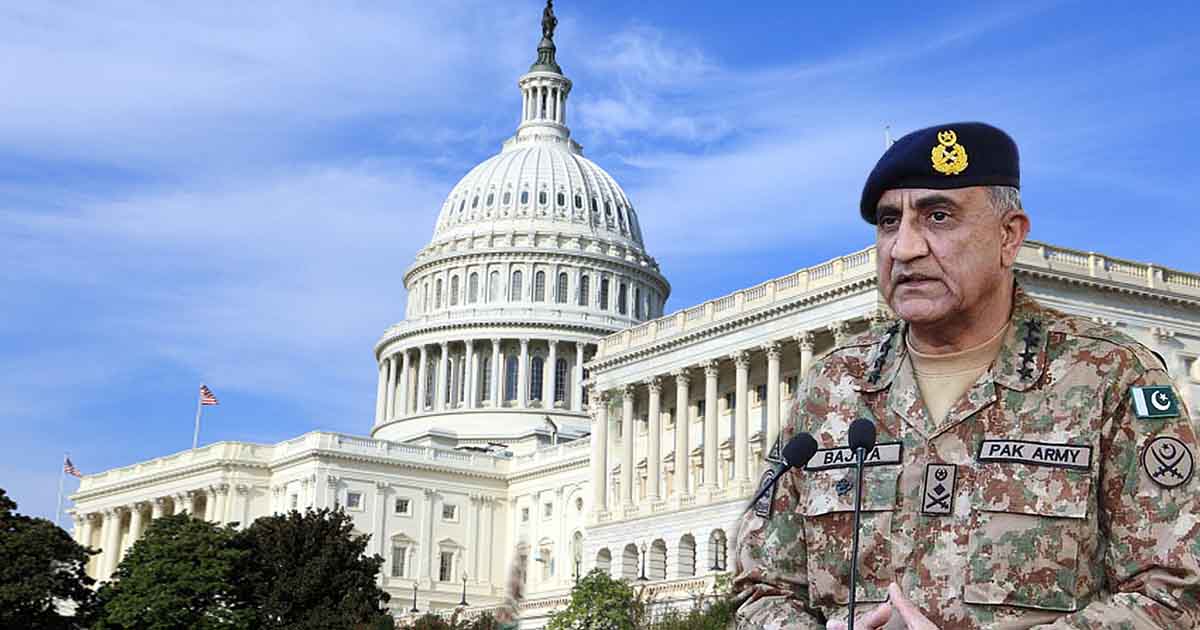 Historically, constitutionalism and parliamentary democracy have fared poorly in Pakistan, while the military continues to retain a dominant influence on matters related to security and foreign policies stated a US congressional report issued on Wednesday. The report highlighted power struggles between presidents, prime ministers and army chiefs, but also noted that the current army chief is a “non-political professional”.

The report has been prepared for the US Congressmen by the bipartisan Congressional Research Service (CRS), in the wake of the escalating tensions on the Kashmir issue.

The CRS report observed the influence of the military throughout the history of Pakistan, and commented upon the military’s seizure of power from democratically elected governments. It was observed that even though the army had ousted three civilian governments during the past 72 years, this was achieved “through explicit or implicit presidential orders.”

The Congressional report noted the three-year extension awarded to Chief of Army Staff Gen Qamar Javed Bajwa earlier this month. It stated, “He is widely described as being professional and nonpolitical.”

Commenting on the victory of Pakistan Tehreek-e-Insaf, led by incumbent Prime Minister Imran Khan, in the 2018 general election, the report observed that Pakistan’s security services may have “covertly manipulated” the domestic politics of the country.

The report stated, “ Many analysts contend that Pakistan’s security services covertly manipulated the country’s domestic politics before and during the election with a central motive of (again) removing Nawaz Sharif from power and otherwise weakening his incumbent party.”

The Congressional report noted the three-year extension awarded to Chief of Army Staff Gen Qamar Javed Bajwa earlier this month. It stated, “He is widely described as being professional and nonpolitical.”

Commenting on the foundational values and electoral success of the Pakistan Tehreek-e-Insaf, the reported observed that the PTI endorsed values of “centrist and nationalist in orientation, with anti-corruption as its flagship campaign issue.”

It further commented, “Although Khan had been a cricket superstar, “jet-setting playboy,” and philanthropist, he led the PTI in relative political obscurity for more than 16 years before emerging as a major player early this decade.”

The report highlighted that although Prime Minister Imran Khan had no governance experience prior to winning the 2018 election, he rose to astounding popularity with “his “Naya Pakistan” vision—which appeared to animate many younger, urban, middle-class voters—emphasizes anticorruption and creation of a “welfare state” that provides better education and health care, but the latter effort has foundered due to the country’s acute financial crisis, and a need for new foreign borrowing and government austerity.”

The report also observed that Pakistan Tehreek-e-Insaf’s victory in the 2018 elections has brought a “dramatic end to the decades-long domination of Pakistan’s national politics by two dynastic parties as the relatively young Pakistan Tehreek-i-Insaf swept a large plurality of NA seats”.

In an earlier report issued by the CRS, the researchers quoted multiple crucial US agendas that are at stake in Pakistan, including Afghanistan, nuclear proliferation, economic development, terrorism and democratization and human rights.

The report had raised concerns over Pakistan’s strategic and economic partnership with Beijing, the deployment of new nuclear weapons across South Asia, and had stressed upon the importance of counter-terrorism cooperation with the Pakistani military establishment.

It also examined the economic crisis and fiscal deficit faced by Pakistan, highlighting that the country remains poor with soaring rates of unemployment and inflation, while most areas of the country suffer from shortages of food supplies, clean drinking water and energy deficit. The report noted that while Pakistan has enjoyed constant economic growth in the past few years, the pace of economic growth is not at par with the country’s population growth.

The report, issued for US Congressmen has emerged in the wake of escalating tensions between India and Pakistan over the Kashmir dispute, which has stirred alarm bells across Washington. Earlier this month, a US-based think tank had warned that if the international community does not intervene, India and Pakistan can get engaged in yet another war over the Kashmir dispute, which would have severe repercussions as the two countries are nuclear powers.

US lawmakers believe that Pakistan’s military establishment will have a pivotal role in deciding Pakistan’s response to the crisis erupting in Kashmir, which is why the CRS was asked to prepare a report on the military’s influence and decision-making powers.