Pakistan's envoy to Geneva asked the Office of the High Commissioner for Human Rights to take the plight of Kashmiris into account. He said that India was using Covid-19 as a smokescreen to subjugate Indian Muslims. Meanwhile, the world has started taking notice of Indian brutality in Kashmir. 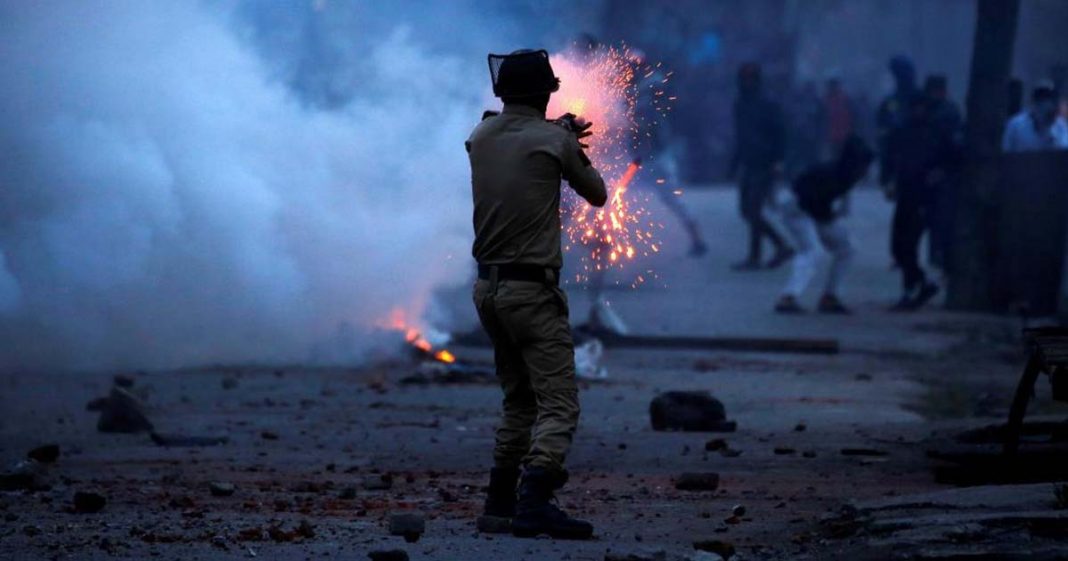 India is exploiting the COVID-19 pandemic to perpetrate human rights violations in Indian-administered Jammu and Kashmir, Pakistan said on Friday. Thus, Pakistan moves OHCHR over Kashmir to ensure that the voiceless and nameless people of Kashmir are given a platform to counter the vicious narrative by the Hindutva-led BJP government.

Addressing a virtual conference hosted by Office of the UN High Commissioner for Human Rights (OHCHR) in Geneva, Khalil Hashmi, Pakistan’s ambassador to the UN in Geneva, said: “The COVID-19 is being used as a smokescreen [by India] to perpetrate human rights abuses [in Kashmir] at a scale the world has not seen in recent times.”

He said Indian-administered Jammu and Kashmir has been under a “10-month digital and physical lockdown” since last Aug. 5 when India imposed a military lockdown to scrap the region’s limited autonomy.

Hashmi stressed that OHCHR needs to pay “special attention to the situation of human rights in the territories under illegal foreign occupation, especially in IOJ&K,” Indian-occupied Jammu and Kashmir.

“Physical and digital access to OHCHR continues to be denied [by India], curtailing remote monitoring of the human rights situation in IOJ&K,” Khalil said, according to a statement posted by Pakistan’s Mission in Geneva on Twitter.

142 Kashmiris has been martyred during the last 10 months due to the Indian Army brutality in Indian Occupied Kashmir.

Lives of Kashmiris had been made a living hell by the Modi government since India illegally revoked the special status of occupied Kashmir on August 05, 2019. It said that the move was aimed at snatching away identity of the Kashmiris through changing the Muslim-majority status of the occupied territory.

The report revealed that Indian troops martyred 142 Kashmiris including 4 women during the period. It said that at least 1,300 people were critically injured due to the use of brute force including firing of bullets, pellets and teargas shells by Indian military, paramilitary and police personnel on peaceful demonstrators.

The report said that the troops damaged over 910 houses and molested 74 women during cordon, whereas thousands of freedom leaders and workers were arrested.

The report pointed out that India is carrying out genocide of the Kashmiri youth particularly, after August 05, last year, and destruction of houses and harassment of residents has become a norm in occupied Kashmir

Indian forces in Kashmir have gained notoriety for detaining citizens for arbitrary reasons. India’s treatment of Kashmiris has raised red flags for organisations around the world.

A group of European parliamentarians comprising of 15 members from all major political parties have raised their concerns in a letter written to European Commission President Ursula Von der Leyen and European Union’s High Representative for Foreign Affairs and Security Policy Josef Borrell, demanding them to raise the issue of the worst human rights violations in Indian Occupied Jammu and Kashmir (IOJ&K) with the government in New Delhi.

Describing this as an important development on the international front, Azad Jammu and Kashmir (AJK) President Sardar Masood Khan said that the voices in support of the Kashmiri people are constantly rising around the globe in spite of the most difficult circumstances.

“The world now also condemns India’s actions in Occupied Jammu and Kashmir, and the discriminatory treatment being extended to minorities in India.”

Adding to the chorus, British MPs also demanded that the world takes Kashmir into account and said that the Kashmir issue as an international, rather than bilateral, one.

Kashmir is held by India and Pakistan in parts but claimed by both in full. A small sliver of Kashmir is also controlled by China. Since they were partitioned in 1947, the two countries have fought three wars — in 1948, 1965 and 1971, two of them over Kashmir.

Some Kashmiri groups in Jammu and Kashmir have been fighting against Indian rule for independence or unification with neighboring Pakistan. Thousands of people have been killed and tortured in the conflict since 1989, according to several human rights organizations.

Why criticism on Khan’s marriage is unfair