Pakistan must ‘save’ CPEC before its too late 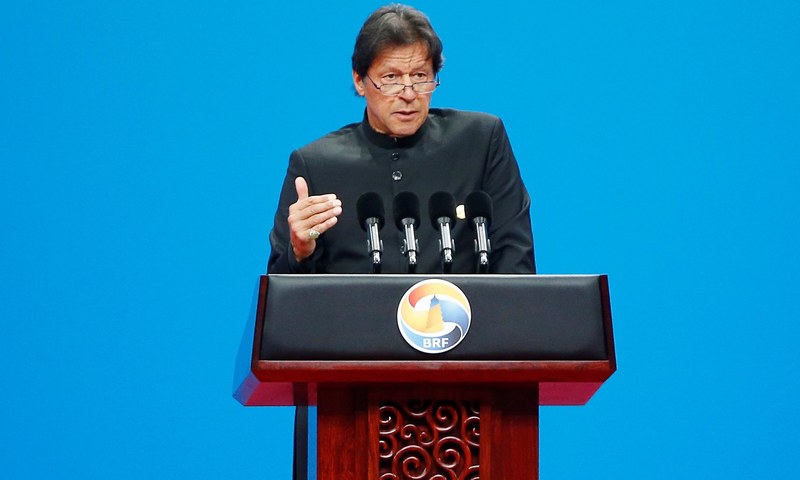 China-Pakistan Economic Corridor (CPEC) is a promising project. Therefore, the people of Pakistan appreciate it and are optimistic about its socio-economic benefits. Simultaneously, it is panicking for the adversaries of Pakistan and thereby they have been hatching conspiracies and employing Hybrid warfare’s tactics to thwart the progress on the project. Regrettably, currently, the CPEC is vulnerable to four threats—traditional, irregular, catastrophic terrorism and disruptive social behaviour.

The CPEC is a bilateral project between China and Pakistan. However, it has regional and international politico-economic ramifications. Chinese ambassador to Islamabad Yao Jing categorically stated: “I want to make it very clear, BRI initiative and with CPEC under it, it’s purely a commercial development project. We don’t have any kind of military or strategic design for that. We don’t want to make the CPEC as such a kind of platform.” Admittedly, CPEC is not a military project but its economic worth distresses strategic competitors.

The Secretary of State Mike Pompeo expressed the Americans frustration over CPEC on July 30, 2018. He stated: “Make no mistake: we would be watching what the IMF does.

The CPEC is neither acceptable to the adversaries of Pakistan nor suitable to the competitors of China. Therefore, the anti-CPEC forces have launched hybrid-warfare to spoil the project. According to John Mecklin the Hybrid warfare is a new form of international conflict that “can combine Internet-enabled propaganda, a global “dark web” of encrypted communications, cyber attacks, positive and negative economic pressure, espionage, irregular military action, and other efforts that aim to advance political interests without progressing to full-scale war.”

Presently, India is simultaneously and adaptively employing a fused mix of conventional small weapons, irregular tactics, terrorism and criminal behavior to ruin the project, while the United States is utilizing economic pressure to obstruct the work on CPEC, and the local cliques are commissioning internet-enabled propaganda or distracting debate to scandalize the CPEC.

From the beginning, the Indian ruling elite has been opposing CPEC overtly and covertly. Prime Minister Narendra Modi approached the Chinese leadership to desist it from the implementation of the CPEC. The New Delhi has been continuously churning out propaganda against the project. In addition, the Indian intelligence agency RAW has been sponsoring and conducting terrorist activities in Pakistan particularly at the sites of CPEC to impede the developmental work and frustrate the investors.

It had crafted a terrorist network in Balochistan to obstruct the construction of CPEC infrastructure. On March 03, 2016, during a counter-intelligence operation, the Pakistani law enforcement agencies arrested RAW’s chief operator, a serving commander in the Indian Navy Kulbhushan Yadav, managing terrorist activities in Baluchistan, and quashed the terrorist network.

The encouraging dynamic is that Pakistan-China friendship is time-tested. Therefore, it cannot be dented with malicious propaganda. To conclude, the concocted stories would be having trivial repercussions.

The American strategic community considers China as an emerging strategic competitor in the current geopolitical landscape of the world. Hence, any project, which contributes to the increase of the Chinese regional and international influence, is not tolerable to the Americans. It is obvious that the CPEC will reduce Chinese dependence on the Strait of Malacca trade route. Subsequently, it will facilitate China to take firm actions while pursuing its strategic objectives in Asia-Pacific.

Beijing has been developing powerful forces capable of deterring and defeating aggression of any state, including the United States, in the South China Sea. Perhaps, today, Asia-Pacific region is a geostrategic priority for Washington and thereby it is uncomfortable with the progression of the CPEC. The Secretary of State Mike Pompeo expressed the Americans frustration over CPEC on July 30, 2018. He stated: “Make no mistake: we would be watching what the IMF does.

Read more: Is Pakistan ready to fight a Hybrid war?

There’s no rationale for IMF tax dollars – and associated with that, American dollars that are part of the IMF funding – for those to go to bail out Chinese bondholders or China itself.” His warning manifested the Americans uneasiness with the CPEC. Recently, the Financial Times published a report regarding CPEC based on distorted and misquoted information. Frequently, concocted stories have been published in the national and international press to obstruct the smooth working on the CPEC.

Indeed, the disinformation does not impede the developmental work but it frustrates the people of Pakistan and disturbs the Chinese. The encouraging dynamic is that Pakistan-China friendship is time-tested. Therefore, it cannot be dented with malicious propaganda. To conclude, the concocted stories would be having trivial repercussions. Nevertheless, the Hybrid warfare blitz could be having dire effects. Therefore, both the Government and the people of Pakistan ought to be prepared to protect the CPEC project from the Hybrid warfare.

Previous articleThe launch of the Quranic Encyclopedia; A step towards enrichment
Next articleChabahar rocked by Bomb attack: 3 killed

16 September 2021
Previous articleThe launch of the Quranic Encyclopedia; A step towards enrichment
Next articleChabahar rocked by Bomb attack: 3 killed

Stepped up US military posture in the Gulf threatens Indian hopes for Iran’s Chabahar port – James...